Each year, Colorado Vincentian Volunteers takes our volunteers to El Paso, Texas and Juarez, Mexico to study the issues at the border. These are a few of their reflections. 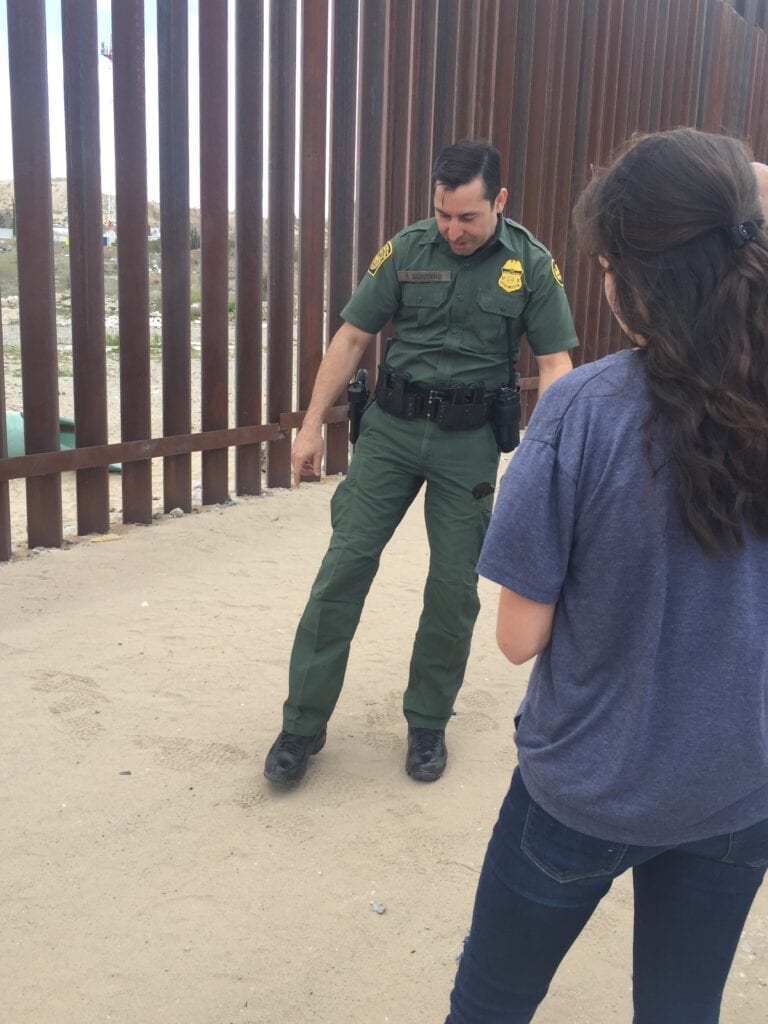 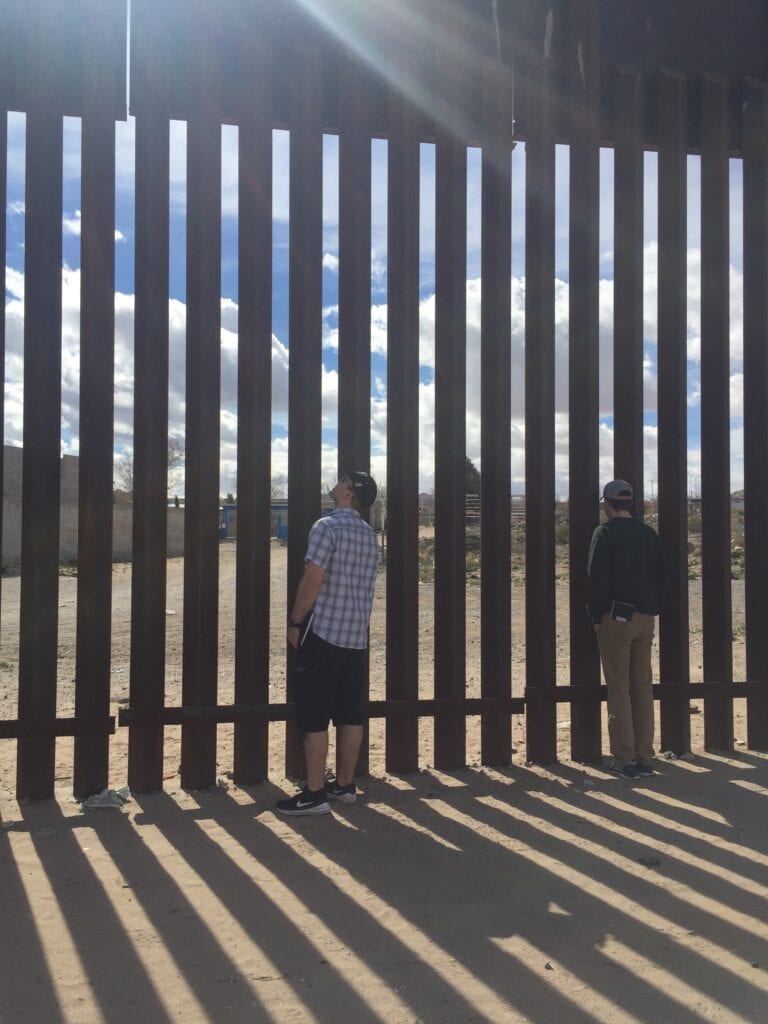 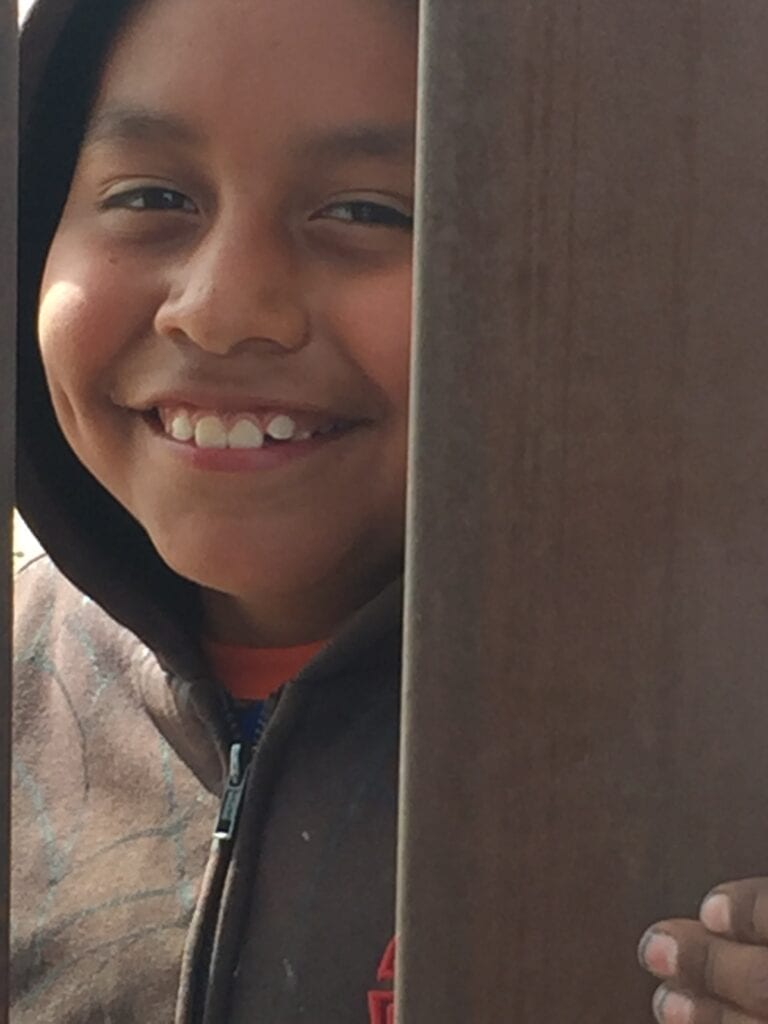 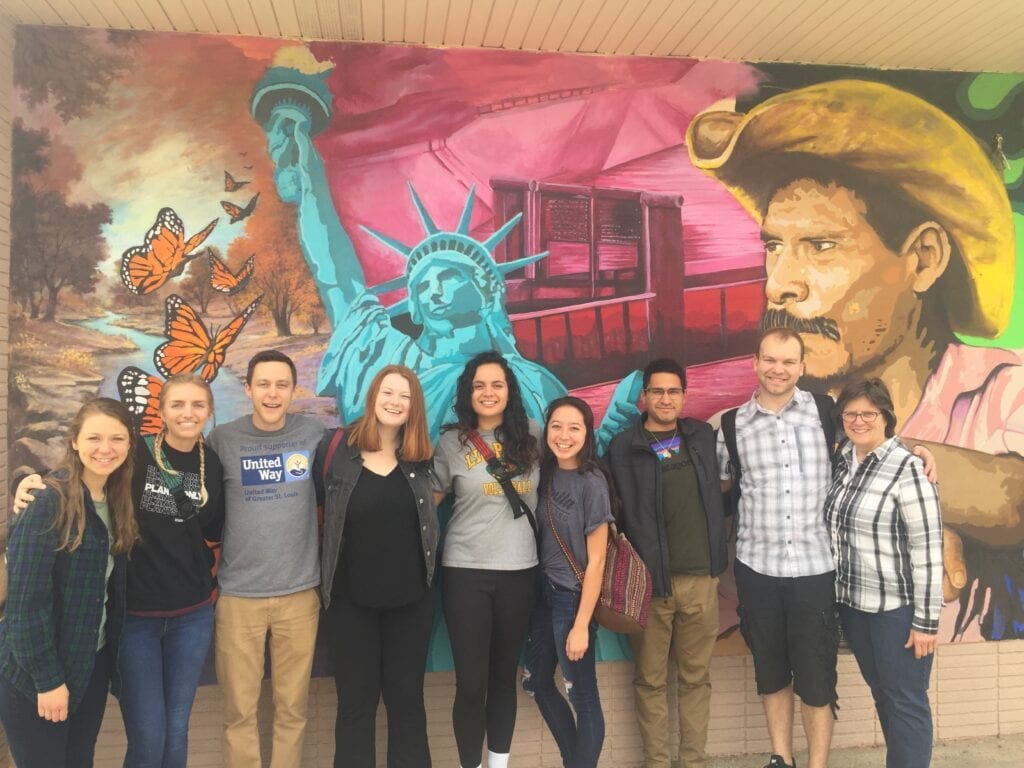 Hope Found at the Border

HOPE. Hope is the desire for something and the confidence in the possibility of its fulfillment. If I learned anything from those we encountered at the border, it would be Hope. A woman from El Salvador came into a make-shift shelter in El Paso with her little boy who was maybe 1 to 2 years of age. I asked how she got here; it honestly didn’t hit me until then to ask that question. How do people travel from country to country? Some of the others in the room had said they had bussed through Mexico; this woman, however, said she did the journey on foot, all the way from El Salvador. I was struck by this. To think that not too long ago she was walking through Mexico to end up here in the U.S. seeking asylum; seeking refuge and a better life for her and her son.

It’s a 3-day hike from northern Mexico to El Paso. Imagine 470 refugees dropped off by ICE on Friday and 530 refugees on Saturday? That’s 1,000 human beings leaving their homes in search for something better with no guarantees. Picture this, $15 dollars earned for a day’s worth of work: $10 to save $5 to live on. 90 kids a day rely on 1 safe haven, Cristina’s “library” in Anapra. 10,000 pesos a year to raise a family, but in reality, they’ll make 2,000 pesos. Factory workers make 80 pesos to 180 pesos a day with only 10 minutes for breakfast and 20 minutes for lunch. They have to put in a year of work before they receive 8 days vacation. BUT they wait an additional 6 months before they’re allowed those vacation days.

But these people aren’t just numbers. There are stories attached to each and every one of them. Just like the hundreds of human beings leaving their homes in search of something better. They have a story to tell, and it’s about time we all listen.

One of the hotels serving as a hospitality center needed food to give out to the migrants. We furiously assembled PB&Js and bags of pretzels. When we arrived at the hotel, we brought the food inside and saw a line of people in the hallway, standing or sitting against the wall, keeping a close hold on their children. They had ankle monitors on. I felt like all of them turned to us with the same look, the same eyes– big and hesitant and questioning. But smiling or greeting them would produce an immediate change in their demeanor– light came into their eyes, a flash of a smile, a nod of the head. I felt it go straight to my heart each time. “God,” I thought, “please help us do right by these people.”

That’s where that experience could have ended, was it not for a boy of about eight years old who was playing with a soccer ball in the parking lot. Felipe. Felipe had big brown eyes, a bright white smile, quick feet, and a shy manner that you felt could be a little swagger-y if you got to know him more. We won’t know where he went after the hotel, how much of his life will be in the U.S., or if very soon his lightheartedness and fun would give way to fear and uncertainty. But that memory of playing soccer in the parking lot is a very special one for me, and brings back the feelings of joy, connection, and hope I felt in a place where I didn’t necessarily expect to find them. “Lord, help us to see the migrants as our neighbors, and to love them as ourselves.”

I was constantly struck by how many cots were lined up next to each other. I heard shouts in the air to make sure that families would be able to be together overnight. I kept thinking about how my clients at Lutheran Family Services in Denver felt going through this. This wasn’t a refugee camp, but they saw similar situations. The lucky asylum seekers saw this situation. All the beds lined up next to each other made me think of the classically referenced aerial photos of the white tents lined up in refugee camps.

When the sister pulled open a kitchen cupboard door, there were shelves filled with utensils and little things that clutter up a kitchen over time. I couldn’t stop staring at all the big plastic serving spoons. I just kept thinking about how much poverty there was concentrated in this little corner of the world and how many resources must have gone into all the spoons. I was struck by the fact that in the midst of this poverty, there was something so in abundance. But also by the fact that there are so many more important things in life rather than stockpiles of things.

We don’t know the rest of their stories. We don’t know the beginning or the end. We don’t know specifically what they were escaping or what they were hoping for here. However, there is no doubt that they have hope. Why else would they even begin this long unknown path? For them to even think of starting this journey there must have been something inside telling them that there is something greater out there; to embark on this long and no doubt torturous path, there was a light of HOPE leading them to a seemingly better life.

Standing on the other side

A poem by Christin Seward

This is it
This is what it feels like
Unwanted
Unwelcomed
Separated
Walled out
Do they know me?
Do they know my story?
Do they care?
What is it that separates us?
Am I different?
Am I undeserving?
Am I criminal?
What if they met me?
What if they saw me smile?
We are neighbors
But we don’t know each other
So close but so far
Are our differences so large that we could never be friends?
This towering structure stands before me, telling me,
“Not a chance”
“I have something you cannot have”
“You cannot partake”
“You do not deserve it”
Whether or not this is what they say, this is what I see.
This is what I hear
What if they could all see?
From my eyes?
Are we not both human?
Do we not bleed the same blood?
When did we stop caring for each other?
When did we forget?
It must be an easy thing to do
Standing on the other side.