“Get on my motorbike”

This story takes its title from the name of a beautiful love song by a famous band from 80s. In our case it tells the story of a family – young parents and their two children- who, after living on the streets, now have a decent place to call home. They travel the city’s streets on a moto-taxi, either to work, to pick up the children from school or to go on day trips around the city. “Get on my motorbike” is a story of hope and a loving display of how the providence does not forget the poor. One day Raúl came into one of the parish’s dining rooms, with his wife and two children. He wanted me to put him on the list of diners as he was new to the area and needed help because he was living on the streets. A few days later we decided to invite him and his family to stay temporarily in one of the spaces we’d improvised in the parish for such cases. They stayed for about two months. He also asked us to help him update his driver’s license as he’d previously driven a moto-taxi, which is very common in the area. 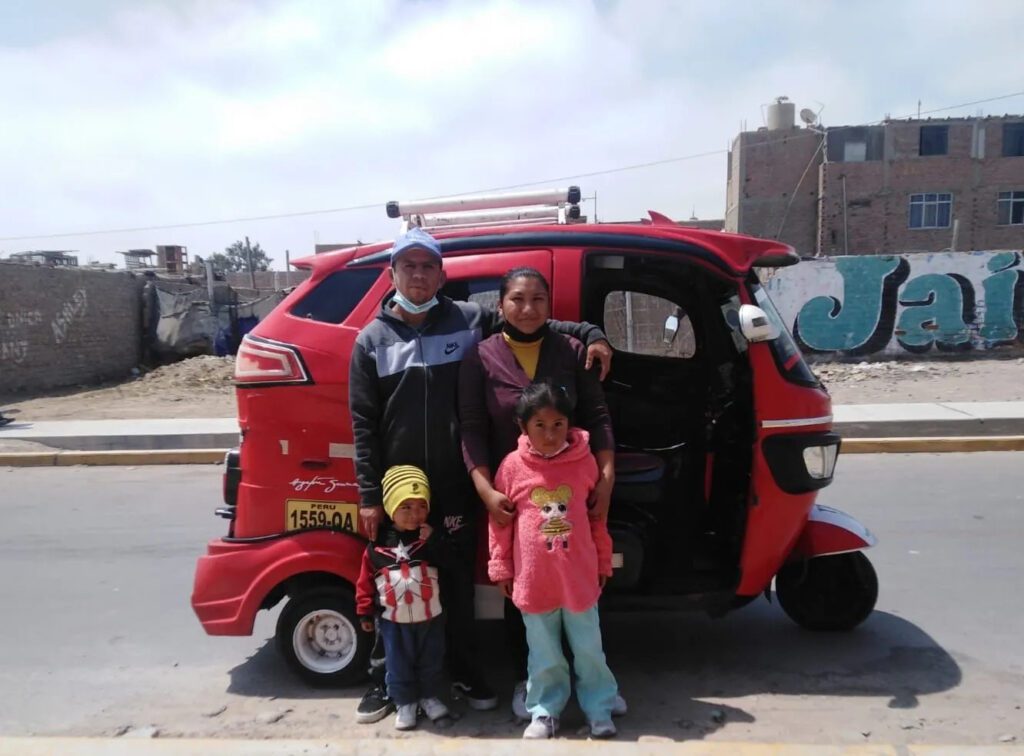 At the time we were setting up an ambitious new project in partnership with the local municipality, called “The Hope Project”. It would consist of a holistic program to welcome homeless people, a space for women who’ve suffered from domestic violence, a place to look after children whose mothers are working and other projects for the elderly. However, the most urgent thing was to build a new dining room given the crucial need for food in the area. The municipality agreed to help us with this by covering 70% of the cost, and the parish funded the remaining 30%.

Once he had a safe, and permanent, place to live; the next step was to look for work so that he could support himself and his family. At first Raúl rented a moto-taxi, paying a daily fee, so that he could use it to look for sustenance for his family, as well as pick up the children from school. The children aren’t Raúl’s biological children; they are from his partner’s previous relationship, but he educates and raises them as his own. The best part of this wonderful story is that Raúl now not only has a place to call home, but also his own moto-taxi as the Ozanam Association where he works has given him a loan to buy one. Soon he will have paid back the loan and it will be entirely his property. Raúl’s wife is also keen to give back to the parish community and is a regular volunteer in the soup kitchen where we provide food for the poor.

A few days ago the parish community organized a little celebration for my priestly anniversary and they invited Raúl and his wife and children. He shared with everyone how the community and the social work team had been helping him to change his life. We could say that now, Raúl goes through life on the “moto-taxi” of hope.