Introduction
Throughout the more than 200 year history of the Sisters of Charity of Nazareth (SCN), friends from the broader community have walked beside the Sisters in their call to follow the charism of St. Vincent de Paul and St. Louise de Marillac. From the earliest days, these partners have been integral to the SCN mission, whether through working directly with the Sisters in ministry; providing donations of goods, money, or services; or offering prayers. During the time of upheaval and renewal following the Second Vatican Council, there was a growing desire to add a layer of formality to these friendships and strengthen the ties already in place. Over time, this movement culminated in the establishment of the Sisters of Charity of Nazareth Associates (SCNA).

Records from the days of Mother Catherine Spalding and the founding Sisters of the Congregation in the early 1800s show examples of those who walked with the Sisters from the very beginning. In the early days at St. Thomas, a Mr. Morgan aided the Sisters through his notable ability to weave and a Mr. Wesley spent much time in prayer for the fledgling Congregation. The two lived at St. Thomas in an old cabin renovated for their use.[1] As the Sisters branched out in ministries away from St. Thomas, they were aided by many new friends. Mr. Gough of Lexington, Kentucky provided a house for the newly founded St. Catherine Academy.[2] Merchants in Bardstown provided groceries and other supplies to the Sisters on credit while they began anew after moving from St. Thomas to Nazareth, with the understanding that the Sisters would pay when they were able.[3] Many aging women came to live their last years at Nazareth, assisting with tasks such as sewing habits for the Sisters, joining the Sisters at Mass, and praying for the Congregation, and an elderly man named Mr. Lowe spent some time at Nazareth, being “generally useful about the place”.[4]

The Sisters continued to cultivate such friendships throughout the decades. With the Second Vatican Council (1962-1965) came a call for greater and more formal inclusion of the laity in the work of the Church.[5] The SCNs embraced this call, wanting to connect more with their sisters and brothers outside of religious communities. With the goal of greater connection with the laity in mind but no clear path or idea of what that connection might look like in its final form, the Sisters embarked upon a winding path that ultimately led to the formal creation of the SCN Associates. The journey toward a formal Associate relationship was rarely clearly defined or simple. Sister Barbara Thomas may have put it best when she said, “The [Associate] program came out of life; we claimed it, and gave it a name.”[6]

Considering Associates
The earliest recorded discussions about a formal Associate relationship arose from the desire of former postulants, novices, and vowed members to retain ties with the Community. At the June 1970 General Assembly, after a discussion regarding those Sisters wishing to postpone vows or make promises instead of vows, Sister John Mary Hurley mentioned having given thought to the idea of “associate sisters”.[7] The term “Associate Member” was also briefly used to describe Sisters who transferred to the SCN Congregation from another religious order. The first recorded time that anyone was referred to as an Associate Member of the Sisters of Charity of Nazareth was when Sister Barbara Houston made promises for one year as a transfer member, before formally transferring her vows from the Sisters of Notre Dame to the SCN Congregation. On the 19th of October, 1970, the Executive Committee minutes report that, “Sister Barbara Houston, who has been a member of another religious congregation for the past four years, has been accepted as our first ‘associate’ member.”[8] This was clearly a different use of the term “Associate Member” than the Congregation utilizes today. As the Congregation drew closer to a formal Associate relationship and began to define what it meant to be an SCN Associate, the term “associate” was used in a variety of ways, including describing former members wishing to maintain a relationship with the community, potential members contemplating vowed life, transfer members like Sister Barbara Houston, and dear friends of the Community who stood in strong support of the SCN charism and craved a deeper relationship with the SCN Congregation.

The advocacy of lay people, former members, and Sisters for an Associate connection to the SCN Community served as a notable impetus for the eventual founding of the SCN Associate relationship. When former member Janet Mader requested associate membership at the end of 1970, Sister John Mary was called upon by the Executive Committee to research associate membership in religious communities.[9] The calls for this kind of relationship with the SCN Community increased when, in 1971, Martha Cullen, a good friend of the Community, began discussing associate membership with Mother Lucille Russell and requested that the Sisters create an associate program.[10] At one of the four sessions of the 1971 General Assembly, most likely the April session, Mother Lucille proposed that the Sisters of Charity of Nazareth begin a formal associate membership program, declaring that, “These friends should be recognized and acclaimed associates in our ministry.”[11] 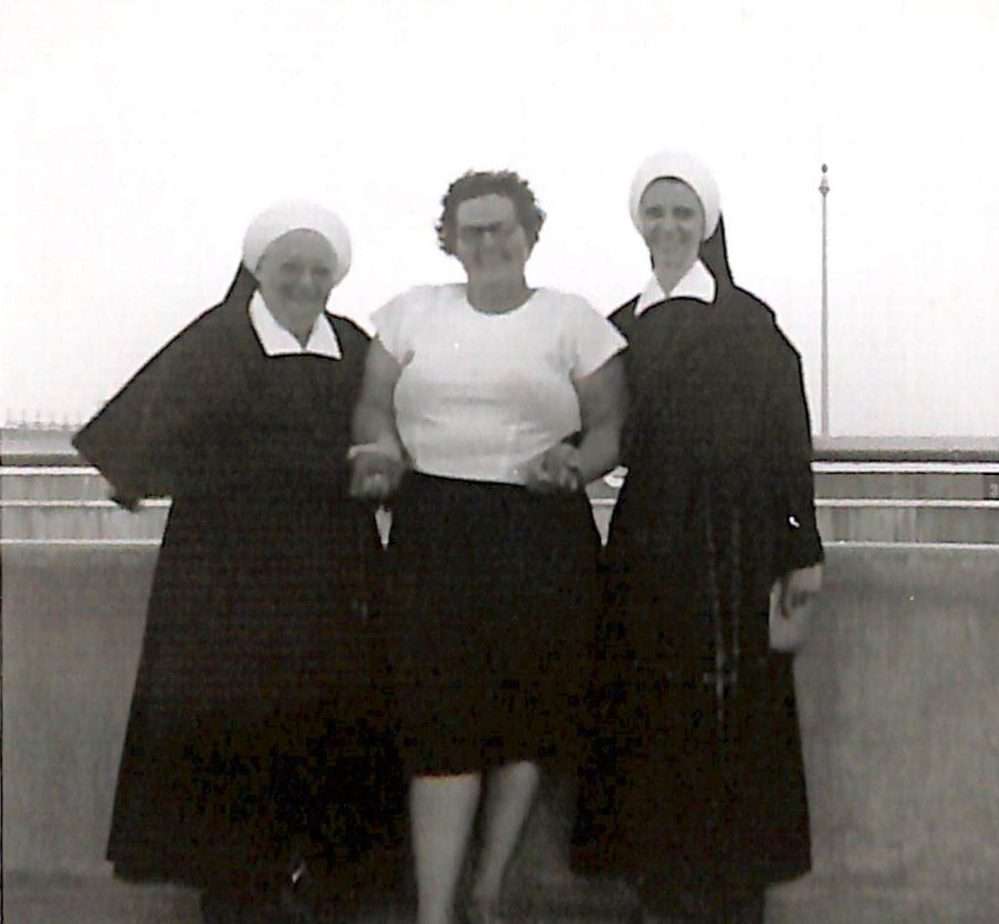 In May of 1971, the Executive Committee discussed the request of Mary Elizabeth Bindner, another Sister not planning to renew her vows, who wished to become an associate member.[12] Four days later, on May 24th, the Executive Committee stated that, “an interim policy on associate and affiliate membership, and transfer of sisters from other communities is being sent to the Task Force on Continuing Development.”[13] By December of 1971, the Executive Committee reported that, “We have two active associate members at present — Lynda Dwyer and Marie Ferretti. Perspective [sic] members are Janet Mader, Martha Cullen, Sharen Snook. It was agreed the Congregation should know who these people are and where they are, and that perhaps those in the area could invite them to local functions. It was thought that in the future their names could be included in the Directory. It was agreed that Catherine Maher should be included posthumously.”[14] With the participation of these individuals, the SCN Associate relationship, as we know it today, was beginning to take shape.

A history this multifaceted could not have been wrangled into a coherent document without the help of many. I am immensely grateful to all of those who have assisted in any way. First and foremost, a huge thank you to Mary Martin, SCNA, for giving me a solid basis for what to include in this history and for painstakingly reviewing each and every draft. Thank you to Sister Maria Vincent Brocato for interviewing multiple SCN Associates as part of this project, to Sister Malini Manjaly, Archivist in Mokama, for helping me piece together the history of the Associates in India, and to Sister Nalini Meachariyil for helping me with the history of the Associates in Botswana. My thanks as well to Tammy Mattingly, SCNA and Administrative Assistant of the Associate Office, for answering a million and more questions; and to my many wonderful readers (listed below) who have helped with grammar, clarity, and adding a richness to this story that I could not have achieved on my own. Thank you to all of those who contributed their memories and beautiful stories from the past fifty years: Evelyn Faldowski, SCNA; Mary Gene Frank, SCNA; Sister Paschal Maria Fernicola; Sister Barbara Flores; Sister Rhoda Kay Glunk; Charlotte Hazas, SCNA; Sister Beverly Hoffman; Donna Kenney; Sister Rosemarie Kirwan; Sister Marlene Lehmkuhl; Trudi Maish, SCNA; Andy Meyer, SCNA; Jo Ann Paulin, SCNA; Peggy Masterson Ryan, SCNA; Sister Marilyn Shea; and many others who shared a story in passing. Finally, thank you to each and every person whom I have peppered with questions or who has listened to me obsess over this impossibly tangled history for the past several months.

Note on sources: Sources used in this history can be located at the Nazareth Archival Center, SCN Center, or on the SCN Family website.

[5] Decree on the Apostolate of the Laity “Apostolicam Actuositatem,” Solemnly Promulgated by His Holiness Pope Paul VI, 1965.

Tags: Sisters of Charity of Nazareth
← Sketches From the Diary of St. Justin de Jacobis, C.M. Isabelle Chaperon, Member of AIC, new President of the International Catholic Center for Cooperation with UNESCO →