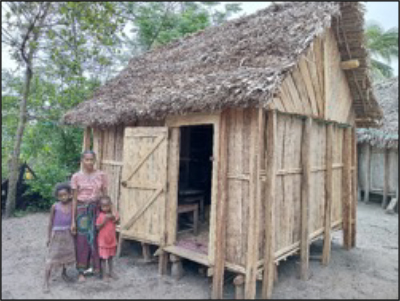 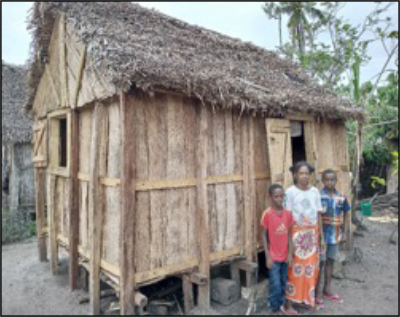 The arrival of the Batsirai cyclone was a terrible day for the Malagasy people, especially in the south-eastern part of Madagascar. Most of the beneficiaries of AIC Manakara (mothers and children) live in the “Andranodaro” district or fishing village. It is a riverside district.

One day before the cyclone, the water level rose. Authorities asked residents to leave the village, including children and their mothers … a designated place had already been reserved for them. All houses and equipment were destroyed. School supplies were damaged; animals were killed. The accommodation sites were very dirty, not much space but for the many people who arrived there … the food was insufficient.

Thanks to the help of benefactors, especially the LCUSA, the AIC was able to repair the damage caused by the cyclone and build houses for the widows and their families.

After the cyclone had passed, AIC staff and members immediately went into the field to survey the victims and the destroyed houses. The visit revealed that almost all households were affected … 44 houses were destroyed and 38 of them were repaired by AIC while other organizations repaired the remaining six. All the houses were rebuilt in two months. The houses were completely renovated and the builders chose good quality and durable materials. Now all the construction work is finished.

Despite the difficulties during construction, the mothers expressed their joy at receiving a new home. They are happy because the houses where they lived were already in bad condition. Now they have new homes. These women and their children are protected from violence and insecurity. Children and their families are healthy. The old house was completely destroyed as you can see in the photo: 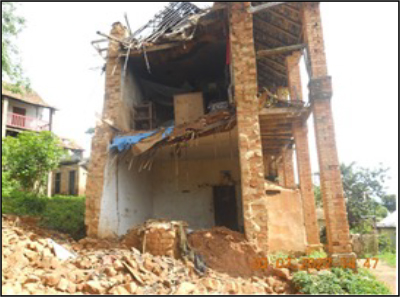 Marina (an orphan), her grandmother and 2 cousins lived in this house. This grandmother had 13 children, 11 of whom are deceased. She has with her 3 of her grandchildren whose parents are deceased. Since the house was destroyed, they were relocated to the fokontany (local village) office.

Without the funds granted by the LCUSA, this little family would not know where to go.

We called the grandmother who met with the members of the AIC. It was agreed that she would recover any bricks that were still usable. 9,000 bricks were needed and she was able to recover 2,000 bricks. The masons would begin construction after she indicated the location of the new house. The land belongs to her but is quite far from the main street, which increased the cost of transporting materials. 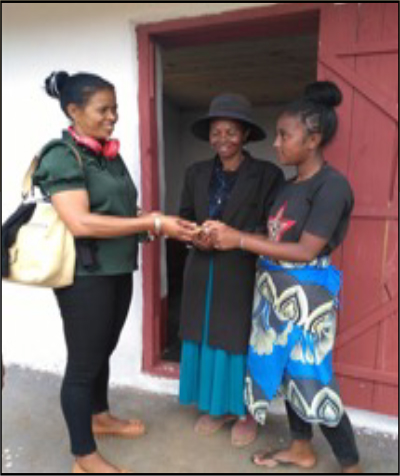 Here is the state of one mother’s house after the cyclone: Because the house was near collapse. this mother called the AIC and we decided to build her a small house. 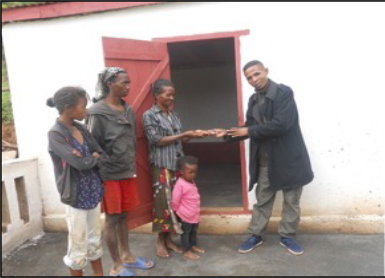 The AIC teacher giving the keys to the mother and children

cement, boards and other materials were given to mothers according to their needs. Tags: International Association of Charities, Madagascar
← A Vincentian View: Seeing and Believing When is $500 per month more than $3,000? →