Letter of Fr. Tomaž Mavrič, Superior General of the Congregation of the Mission, on the situation in Ukraine

Last Monday, March 7, 2022, the Superior General, Fr. Tomaž Mavrič, C. M., wrote a letter to all the members of the Congregation of the Mission informing them about the situation in which Ukraine finds itself as a result of a the cursed, cruel, absurd and senseless invasion, aggression and war that has been launched against the Ukrainian people.

Fr. Tomaž Mavrič knows this situation very well since, before being elected Superior General, he was the Vice-Visitor of the Vice-Province of St. Cyril and St. Methodius, which comprises Ukraine and Russia. He was in the Ukraine for more than fifteen years. We therefore present here the letter of the Superior General… words that are worthy of being read and reflected upon: 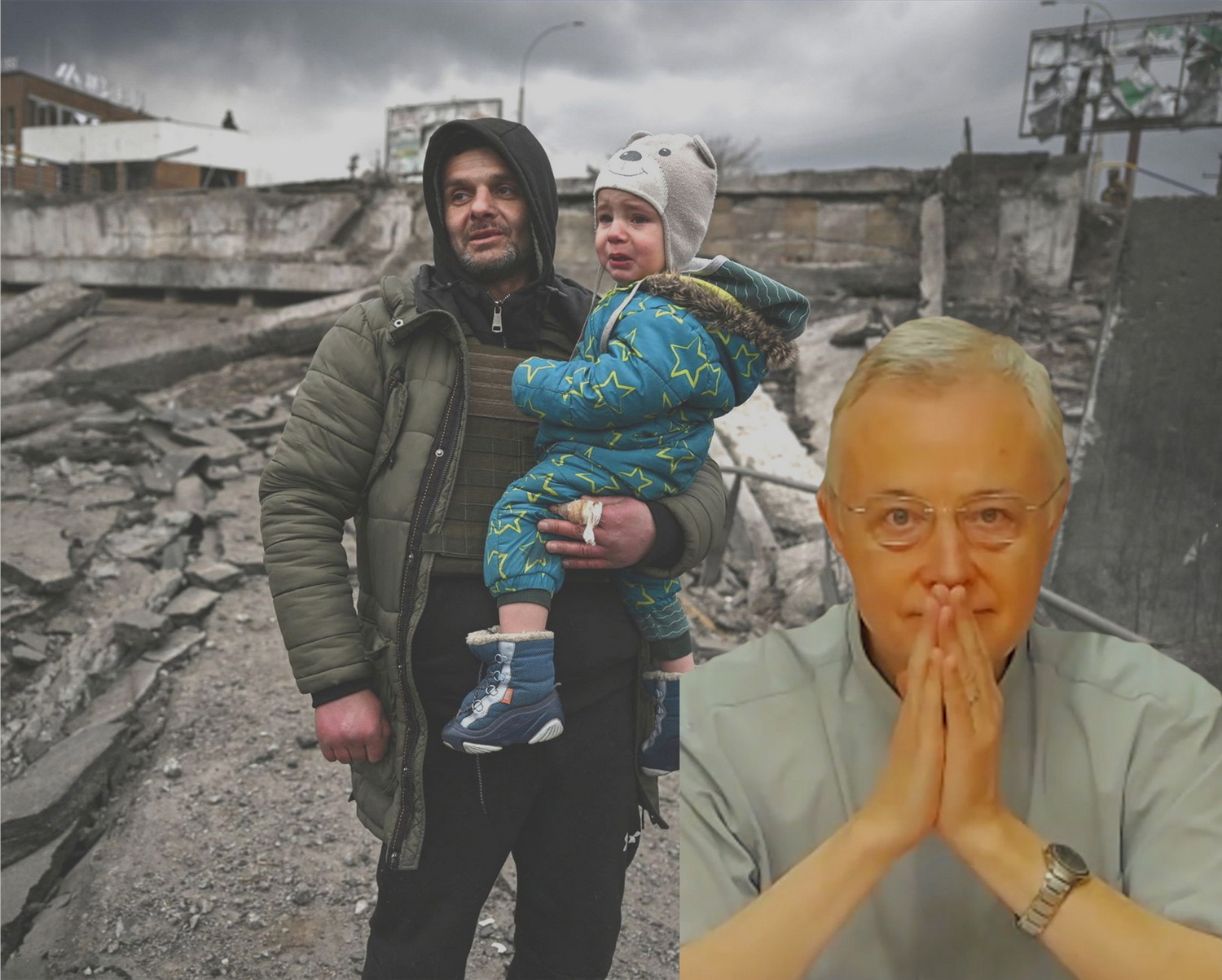 To all the confreres of the Congregation of the Mission

May the grace and peace of Jesus be always with us!

A Ukrainian Orthodox priest, Alexi Pelipenko, who later converted to Catholicism, wrote a book after World War II entitled, Ukraine Is Crying, in which he described Stalin’s massacres of the people in the territory of present-day Ukraine in the period after 1939. This terrible human tragedy was preceded by a holocaust, also under Stalin’s regime, an artificially induced hunger between World Wars I and II, when a few million people died in that same territory. Today, “Ukraine is crying again”!

With this letter, I would like to share with all the members of our Little Company the information that is arriving from our confreres in the Vice-Province of Saints Cyril and Methodius of which Ukraine is a part. In the south, east, and center of Ukraine, where presently the heaviest bombarding and fighting are taking place, we have three communities: Kharkiv, Odessa, and Kyiv.

The city of Kharkiv, very close to the Russian border, has been bombarded heavily and destroyed, with over 2000 people already dead. Thousands upon thousands of people have left the city, including our three confreres who were serving on the mission. The confreres are safe; they left behind the mission buildings.

Odessa in the south has been bombarded, but presently the heavy bombarding and fighting are taking place more toward the southeast coastal cities. So far, the three confreres on that mission are still in place and they are well.

The capital of Ukraine, Kyiv, also is being bombarded and heavy fighting is taking place in its surroundings. Four confreres from Kyiv’s community left for our communities in the western part of the country. One confrere remains in the Kyiv mission. They too are all well.

Many other members of the Vincentian Family from the southeast part of Ukraine also left, going mostly toward the western part of the country, which is safe at present and no fighting or bombing is experienced. Some remain behind. The Visitor of the Vice-Province, Father Leonid Kuklyshyn, is in touch daily with all the confreres of the Vice-Province, as well as directly or indirectly with the other members of the Vincentian Family who are all well so far. The confreres, as well as other members of the Vincentian Family in the western part of Ukraine, are organizing humanitarian aid for a huge number of refugees who are moving from the southeast part toward the western part of the country. Many cross the border toward Poland, Slovakia, Hungary, and Romania.

In addition to these provinces, other provinces are offering to help in whatever way it may be needed. In the coming days, a letter will be sent in the name of the International Vincentian Family as to how we can broaden assistance and even improve the coordination of our humanitarian aid.

One immediate need that the Vincentian Family in the western part of Ukraine sees is providing a means of transportation to deliver the humanitarian aid across Ukraine, as it arrives at the border from different countries. In the General Curia, we have opened an account called “Help for Ukraine.” Any province or region that would like to help and support our confreres and the wider Vincentian Family in Ukraine, who are trying to be as “inventive” as possible to help the suffering Ukrainian nation, can send its donation directly to that General Curia Account.

As you probably read or heard, there are already over a million and half Ukrainian refugees in different countries of Europe, as well as internally displaced people and the number continues to rise. The Vincentian Family in the western part of Ukraine, Sniatyn (the Shrine and burial place of Blessed Marta Wiecka, DC), Storozhynets, and Perechyn are receiving and helping many refugees. Speaking with Father Leonid Kuklyshyn, it would be wonderful if our provinces in Europe also would be open to receiving refugees from the Ukrainian Vincentian Family who will be leaving the country or, in general, other Ukrainian refugees. Father Leonid is presently helping at the hot line in the Archdiocese of L’viv, where so many refugees phone for help.

Of course, the possibility of receiving Ukrainian refugees depends upon the rules of a given country. I invite and encourage our provinces in Europe to reflect on this possibility, to see if some of the buildings we have could be used to receive refugees. I ask those provinces that can help to send the information directly to the General Secretariat, also mentioning the approximate number of persons they can receive, according to the availability of the buildings.

We will pass on the information to Father Leonid, who will then contact each province directly. If any province has other suggestions or ways of helping or accompanying the Ukrainian refugees in its own country, please let us know.

Dear confreres, in closing this letter, I would like to thank you all, from the bottom of my heart, for what you already have done or are doing for the suffering Ukrainian nation. There is an intense chain of prayer across the Company, the whole Vincentian Family, and the world for peace in Ukraine and in the world. As “Ukraine is crying again,” let us together wipe away as many tears as possible, echoing Jesus’s words, “What you did to the least of my brothers and sisters, you did to Me.”

Your brother in Saint Vincent,

Tomaž Mavrič,
Superior General of the Congregation of the Mission