2020 started so beautifully for me. At the beginning of January, I attended a large meeting of the Vincentian Family in Rome, along with some other members from the Vincent de Paul Center. I couldn’t have imagined in advance that this city, the people and all the encounters would make such an overwhelming and indelible impression on me. 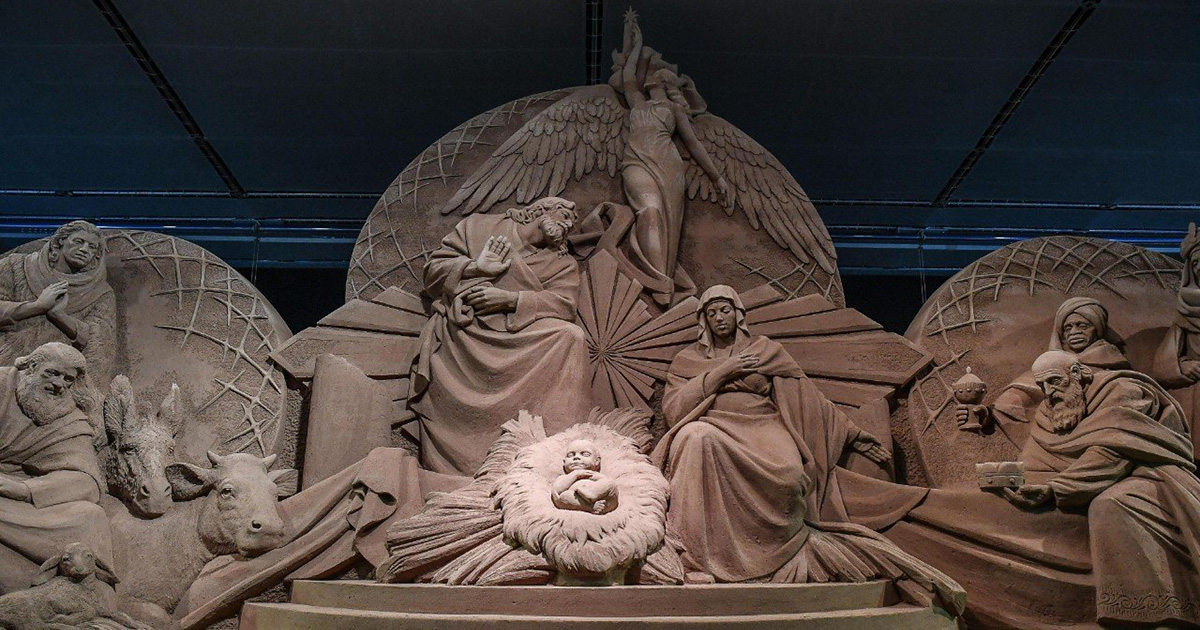 Right from day one I experienced a special spirit of friendship and hope in Rome. On that first day, we, with other groups of Catholics from all over the world, participated in an audience with Pope Francis. It was an unforgettable experience. After a long wait, in an atmosphere of “rising joyful expectation”, Francis finally entered the audience room. I believe I could hear the air crackling with a certain energy as he made his entrance. He took his time. Through a throng of people he walked to the stage, shaking hands. To his left, to his right. Laughing, joking. He spoke a few words with some people. Let himself be touched. 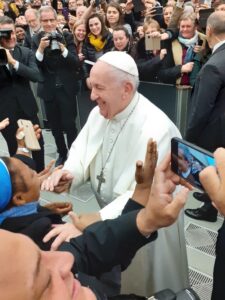 In the meantime I myself had climbed on top of a chair to catch more than just a glimpse of him over the heads of people. This also allowed me to take a picture of a broadly smiling sister, spreading her arms wide out to Francis, as if she was going to hug him. He winks at her.

Not long after, the world was hit by a terrible pandemic. Italy was one of the first countries to be hit hard. At the end of March, I saw the Pope on TV: all alone in the pouring rain in St. Peter’s Square, praying for the end of the pandemic.

These two images have become iconic to me for this year: the smiling pope, shaking hands amid the people, as an icon of friendship, and the praying Pope in the deserted St. Peter’s Square, as an icon of hope.