Who Is a “Real” Christian?

I hear a lot of arguments about who is a “real”  Christian or Catholic. Sometimes they sound suspiciously like the platforms of one or the other political party. They often remind me of Paul’s words. “Whenever someone says, “I belong to Paul,” and another, “I belong to Apollos,” are you not merely human?” 1Cor 3:4

I ask you, who in your judgment is a real Catholic? 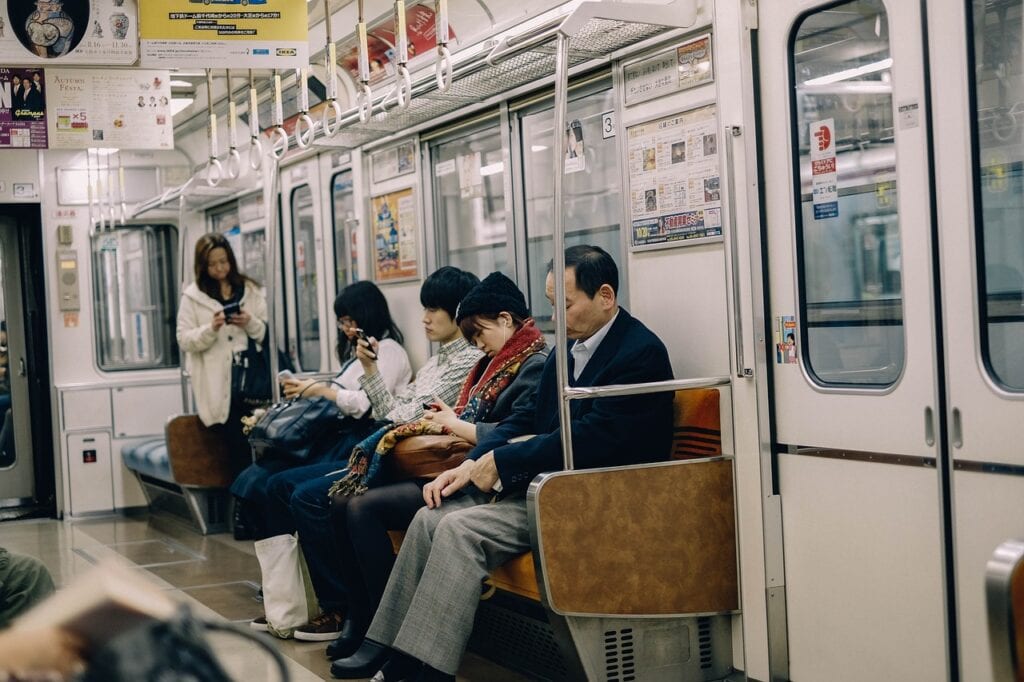 I am deeply indebted to Richard Rohr for reminding his readers and myself to go beyond abstract intellectual arguments in understanding who is a real Christian… offering an insight into how St. Vincent DePaul saw things.

An insight from 50 years ago

When I first read Caryll Houselander’s account of an experience she had in the London subway I was struck by it. Unfortunately, I filed it away in the back of my mind where it obviously got lost.

In her book, “Rocking-horse Catholic”, Houselander describes a transforming event…

All sorts of people jostled together, sitting and strap-hanging—workers of every description going home at the end of the day. Quite suddenly I saw with my mind, but as vividly as a wonderful picture, Christ in them all. But I saw more than that; not only was Christ in every one of them, living in them, dying in them, rejoicing in them, sorrowing in them—but because He was in them, and because they were here, the whole world was here too . . . all those people who had lived in the past, and all those yet to come.

I came out into the street and walked for a long time in the crowds. It was the same here, on every side, in every passer-by, everywhere—Christ.

I had long been haunted by the Russian conception of the humiliated Christ, the lame Christ limping through Russia, begging His bread; the Christ who, all through the ages, might return to the earth and come even to sinners to win their compassion by His need. Now, in the flash of a second, I knew that this dream is a fact . . . Christ in [humankind]. . . .

I saw too the reverence that everyone must have for a sinner; instead of condoning his [or her] sin, which is in reality [their] utmost sorrow, one must comfort Christ who is suffering in [them]. And this reverence must be paid even to those sinners whose souls seem to be dead, because it is Christ, who is the life of the soul, who is dead in them; they are His tombs, and Christ in the tomb is potentially the risen Christ. . . .

Christ is everywhere; in Him every kind of life has a meaning and has an influence on every other kind of life. . . . Realization of our oneness in Christ is the only cure for human loneliness. For me, too, it is the only ultimate meaning of life, the only thing that gives meaning and purpose to every life.

After a few days the “vision” faded. People looked the same again, there was no longer the same shock of insight for me each time I was face to face with another human being. Christ was hidden again; indeed, through the years to come I would have to seek for Him, and usually I would find Him in others—and still more in myself—only through a deliberate and blind act of faith.

Now, some 50 years later Richard Rohr shared her words in a post on Christian mysticism. As I read it again as if for the first time, I find myself excited… and disappointed.

Excited because at this time in my life as a follower of Vincent de Paul, the “mystic of charity”, it captures how Vincent came to see people and Vincent’s brand of “everyday mysticism”. I am confident that if he had read her words he would have said a resounding yes. “Yes, this puts into words what I was trying to say when I spoke of ‘turn over the coin’”.

I should not judge poor peasants, men or women, by their surface appearance, nor by their apparent mental capacities. And this is hard to do, since very frequently they scarcely seem to have the semblance or the intelligence of reasonable beings, so gross and so offensive are they. But, turn the coin, and you will see by the light of faith that the Son of God, Whose will it was to be poor, is represented to us by just these people. [See “Many Ways to Hold the Body of Christ”]

Disappointed because I was too young and filed it away. I wish I had reread it regularly… and, more importantly, made it the subject of prayer.

I think Richard Rohr also nails it with his comment, “the only real definition of a Christian is one who can see Christ everywhere else and even in oneself.”

He reminds us of another quote from 50 years ago. This time from Karl Rahner, arguably the most influential theologian of the last century. Karl Rahner who strongly influenced the Second Vatican Council, said that “if Western Christianity does not discover its mystical foundations and roots, we might as well close the church doors.”

Find a quiet time today to read and pray with Caryll Houselander.

[The book is currently available for Kindle for a mere$.99]