Blessed Pier Giorgio had no formula for charity other than putting the needs of his neighbor first. He asked, “What would life be without acts of charity?” 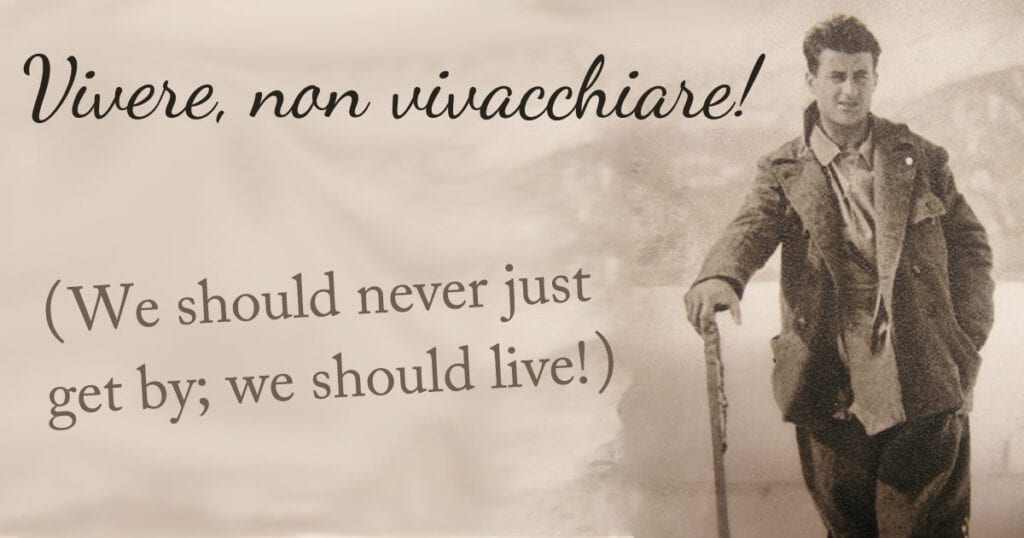 The phrase “Vivere, non vivacchiare” comes from a letter of Pier Giorgio Frassati to I. Bonini, 27.ii., in which he writes “To live without faith, without a patrimony to defend, without a steady struggle for truth, that is not living but just existing.”

frassatiusa.org has several videos including a documentary on the remarkable recovery of Kevin Becker that is being submitted for review by the postulator of the cause for the canonization of Blessed Pier Giorgio.

In this video, Bishop of Trenton, David M. O’Connell, C.M. tells us about the life of Pier Giorgio Frassati.