At the beginning of July, Father Pedro Opeka, CM, the most well-known Vincentian Father in the world, was honored by the political authorities of Argentina, from President Mauricio Macri (who received him at the Casa Rosada on July 5), even by the Senate of that country, which has awarded him the Honorable Mention “Senator Domingo Faustino Sarmiento,” in a ceremony held on July 6.

The Mention of Honor “Senator Domingo Faustino Sarmiento” constitutes the recognition of the Honorable Senate of the Nation to physical or juridical persons of the cultural, sporting, professional and academic task, for his enterprising work destined to improve the quality of life of his fellow men, of the institutions and their communities. The award is given in the Blue Room of the Senate of the nation. 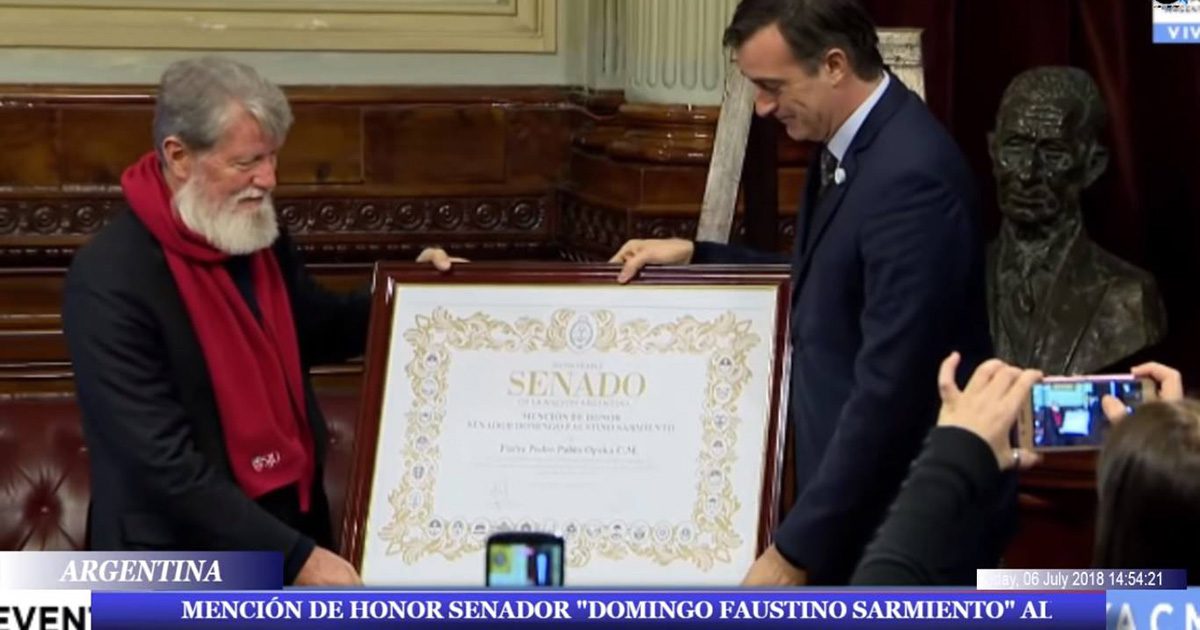 Tags: Opeka
← Example of the Vincentian Charism As Lived Out Today "What is Happening with Immigrant Reception Policies is Intolerable" (SSVP Italy) →