Merger with the Vincentian Sisters of Charity
In November 2008, the Western Province gained eleven new Associates and three new Inquirers in a rather unique way. On November 15, 2008, the Sisters of Charity of Nazareth merged with the Vincentian Sisters of Charity (VSCs) in a ceremony held at the Vincentian Motherhouse in Pittsburgh.[137] Founded in 1902, the VSCs began an Associate relationship of their own in 1991, after a few years of discernment by the Congregation.[138] The Vincentians defined their Associates as “…a group who through mutual support and collaboration share in the Charism of the Vincentian Sisters of Charity. Each person relates to the Congregation individually through the Contact Sister.” VSC Associates made temporary commitments which were regularly renewed.[139] The primary purpose of the VSC Associate Membership Program, as it was called, was the, “…fostering of mutual support through prayer.”[140] Through this bond of prayer, VSC Associates were often called to join the VSCs in ministry. From the beginning, a primary goal of the VSC Associate Membership Program was to engender a sense of unity, community, and support between Sisters and Associates, to their mutual benefit.[141] The VSC Associates had a Sister Director and an Associate Co-Director. New Associate formation included four sessions on the history, mission, and charism of the VSC Congregation, led by the Director. Additional formation was based on the works of St. Vincent de Paul and St. Louise de Marillac. After initial formation, VSC Associates met monthly with the Director to share a scripture reading, prayer, and to enjoy one another’s company.[142] When the two Congregations merged, eleven VSC Associates became newly minted SCN Associates and the SCN Associates gained three new Inquirers from Pittsburgh as well. Associate Director Peggy Masterson, who traveled to Pittsburgh to attend the VSC vow transfer ceremony, had the delight of meeting several of these new SCN Associates. “We welcome into the SCN Family the following SCN Associates: Mary Louise Cline, Patricia Danik, Anna Deley, Anita Iurlano, Mary Shepard, Carol Gloekler, Rose Klobuchar, Sheila Graham, Anna Todd, Mary Cinderich, and Clara Kana. We also welcome three new inquirers from Pittsburgh: Bette Nelson, Joanne Andiorio, and Joni Landy.”[143] 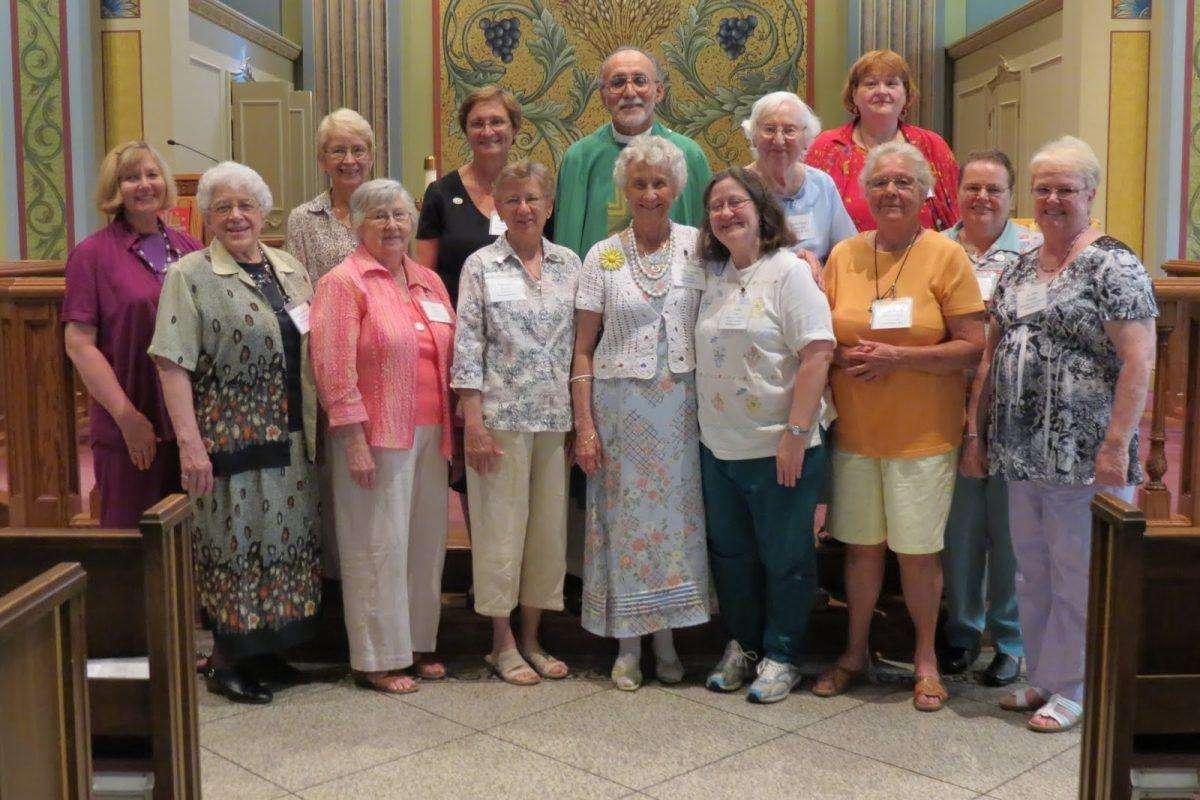 Sisters and Associates pose for a photo at St. Louise Convent in Pittsburgh, PA after seven Associates made recommitments in July 2012.

Connecting Virtually
The distances between the global SCN Associates grew a bit smaller in 2009 with the introduction of Skype to Associate events. Most notably, Tootsie Gish, SCNA, and seven Associates from Botswana participated in the 14th Annual Associate Retreat in September 2009. The seven Botswanan Associates made history as they made their first commitments in the virtual company of their fellow Associates across the Atlantic Ocean. In another historic first, this retreat was also available to all SCNs and Associates via webcasting.[144] Associates continued to travel to be together within the United States and beyond, including another immersion experience in Belize attended by four Associates in February 2009, a prayer day hosted for visiting Kentucky Associates by the Pittsburgh Associates in March 2009, and an Associate Weekend, led by Associate Vie Thorgren, hosted in Pittsburgh in April 2010.[145] At the close of Peggy Masterson’s time as Associate Director, the connections between the global SCN Associates were stronger than ever. 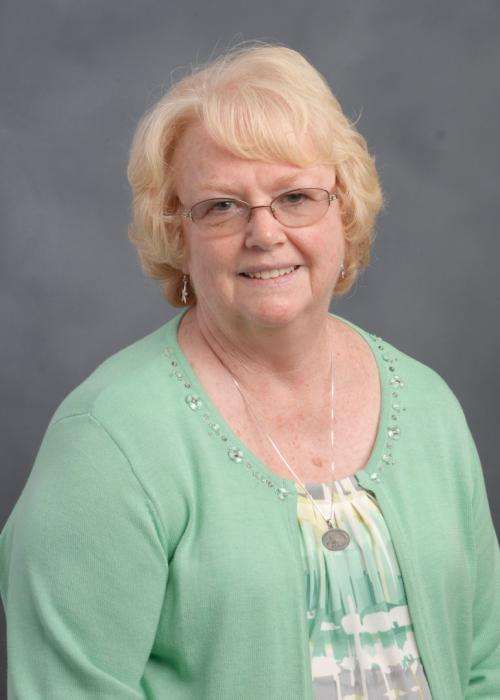 Jo Ann Paulin Named Associate Director
It was during the weekend retreat with Vie Thorgren in Pittsburgh that Peggy announced to the Core Council that she planned to retire. After prayerful consideration, Core Council member Jo Ann Paulin applied to be the next Associate Director. On July 22, 2010, the SCN Newsline announced that Jo Ann had been named the newest Director of the SCN Associates.[146]

In 2011, the Formation Committee, along with Director Jo Ann Paulin, reviewed the formation process and sought ways to make Associate formation more accessible to those who struggled to physically attend Associate events. The decision was made to permit Associates to receive credit for watching DVDs of Associate formation events or for attending via webcast.[147]

By mid-2011, the difficulties with maintaining Associate relationships in India continued to limit opportunities for growth. Sister Rita reported that many friends of the SCNs were unable to become SCN Associates due to other responsibilities with family and employment.[148] Prospective Associates were concerned they would not be able to dedicate as much time to their ministry as they felt it deserved. Despite the challenges, the Eastern Province boasted a total of twenty-two Associates in India and Nepal by November 2011: seven in Kathmandu, Nepal, and in India, one in Kalimpong, one in Gurgaon, eight in Dockyard, and five in Banakal.[149]

In December 2011, the SCN Associates in the United States worked with a group of Associates from another congregation to host a prayer event. The Louisville Ursuline Associates and the Louisville Area Network of SCN Associates worked together to host an Advent service. Sister Adeline Fehribach spoke to the group and a collection was taken up to donate to St. John Center and the Salvation Army.[150]

Over the next few years, the Associates and Sisters grew in community together through retreats, weekend events, service, and prayer. Borders lost some of their meaning as travel between American states and different nations of SCN ministries became more common. A group of Associates – Sharon Cecil, Millard and Monica Boggs, and Patsy O’Toole – traveled to Botswana in 2012 for an immersion experience.[151] That same year, nine Associates and one Inquirer visited the Gulf Coast in the United States to assist with the ongoing cleanup of the wreckage left in the wake of the devastating Hurricane Katrina of 2005.[152] Sister Beverly Hoffman facilitated a retreat on “Discipleship: Charity and Systemic Change” on August 25, 2012 in Belize.[153] In December of 2012, Associates Tootsie Gish and Evelyn Faldowski visited India for two months as part of the SCN Global Exchange program.[154] The Associates were on the move, learning, ministering, and traveling together.

A history this multifaceted could not have been wrangled into a coherent document without the help of many. I am immensely grateful to all of those who have assisted in any way. First and foremost, a huge thank you to Mary Martin, SCNA, for giving me a solid basis for what to include in this history and for painstakingly reviewing each and every draft. Thank you to Sister Maria Vincent Brocato for interviewing multiple SCN Associates as part of this project, to Sister Malini Manjaly, Archivist in Mokama, for helping me piece together the history of the Associates in India, and to Sister Nalini Meachariyil for helping me with the history of the Associates in Botswana. My thanks as well to Tammy Mattingly, SCNA and Administrative Assistant of the Associate Office, for answering a million and more questions; and to my many wonderful readers (listed below) who have helped with grammar, clarity, and adding a richness to this story that I could not have achieved on my own. Thank you to all of those who contributed their memories and beautiful stories from the past fifty years: Evelyn Faldowski, SCNA; Mary Gene Frank, SCNA; Sister Paschal Maria Fernicola; Sister Barbara Flores; Sister Rhoda Kay Glunk; Charlotte Hazas, SCNA; Sister Beverly Hoffman; Donna Kenney; Sister Rosemarie Kirwan; Sister Marlene Lehmkuhl; Trudi Maish, SCNA; Andy Meyer, SCNA; Jo Ann Paulin, SCNA; Peggy Masterson Ryan, SCNA; Sister Marilyn Shea; and many others who shared a story in passing. Finally, thank you to each and every person whom I have peppered with questions or who has listened to me obsess over this impossibly tangled history for the past several months.

Note on sources: Sources used in this history can be located at the Nazareth Archival Center, SCN Center, or on the SCN Family website.

[143] Masterson, Peggy. “A Special Heartfelt and Joyous Welcome to the SCNs and Associates in Pittsburgh.” SCN Western Province Associate Newsletter. No. 20. Nov. 2008. p. 1.