We are all against threats and attacks on religious freedom

It is unacceptable to live with restrictions on our religious freedom

The entire international community is very concerned about the recent events in Nicaragua, especially the persecution of bishops and priests, and the closing down of Catholic parishes and Christian radio stations.

This is something that no one can accept in a democratic world with religious freedom and with freedom of expression and information. This cannot happen in Nicaragua or anywhere else in the world.

Good people stand in solidarity with all those who suffer the threats and attacks on the Holy Church by the local regime. The expulsion of the Sisters of the Congregation of the Missionaries of Charity (Mother Teresa), for example, was one of the political events that caused a worldwide commotion.

The Organization of American States (OAS) condemned the Nicaragua Government for its harassment of the Catholic Church and persecution of the press and NGOs. The European Union also condemned the closing of Christian radio stations in Nicaragua in these times of unprecedented violence.

According to the Inter-American Commission on Human Rights (IACHR), the reason for such persecution stems from 2018, when some priests gave refuge to demonstrators injured in protests or fleeing the repression that resulted in 355 deaths. Bishop Rolando Álvarez is currently being held by police at the Curia, along with 10 other religious. 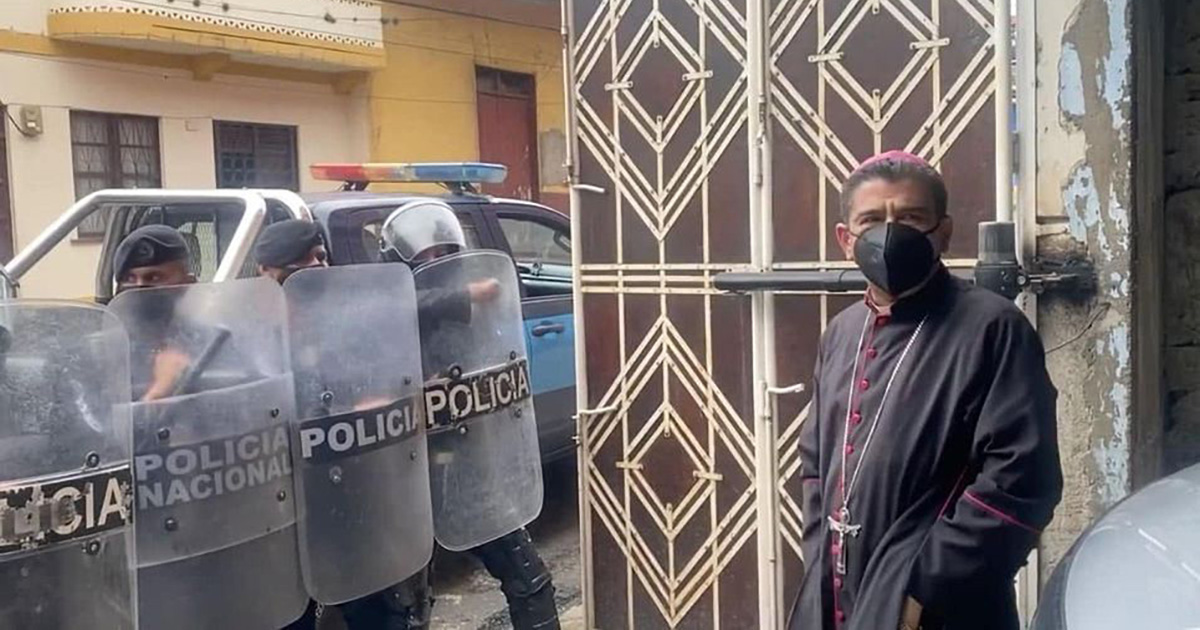 The Holy See, in a statement, called for dialogue and advocated seeking ways of understanding, based on mutual respect and trust, aimed at the common good and peace.

“The Vatican is always ready to collaborate with those who engage in dialogue, considering it an indispensable instrument of democracy and the guarantee of a more human and fraternal civilization”, the document said.

As President General of the SSVP, concerned about this dramatic situation, I express our total solidarity with the Nicaraguan people. We cannot stop being the voice of those who have no voice, nor can we stop silencing the injustices, especially those committed against our brothers and sisters in faith.

And we are sure that we will overcome yet another dark moment in history. In the face of this cruel reality of intolerance and violence, let us pray that the persecution of our Holy Catholic Church ceases.

“The Lord himself goes before you and will be with you; he will never leave you nor forsake you” (Deuteronomy 31:8).

In Nicaragua, the Society of St. Vincent de Paul is formed by 35 Conferences, totalling 150 members, in addition to a strong presence of various branches of the Vincentian Family.

Tags:
← Isabel Cristina, member of the Society of Saint Vincent de Paul, will be beatified in December Sisters of Charity of Nazareth Associates: A 50 Year History 1972-2022 (Part 08) →