Pedro Opeka, C. M. is a missionary of the Congregation of the Mission who has lived and ministered in Madagascar for more than fifty years. He was born in Argentina to Slovenian parents. On five different occasions, Father Opeka has been nominated for the Nobel Peace Prize. Committed to those persons who are most poor, Father built Akamasoa, a city of the poor that is located on the heights of Antananarivo, the capital of the city. This extraordinary place, which is dedicated to the excluded and those left behind, now number some 25,000 residents. Furthermore, Akamasosa is an Association that has helped more than 500,000 people living in Madagascar.

Father Pedro Opeka, CM has written and published an open letter to the president of Russia, Vladimir Putin, urging him to immediately stop the invasion and the war that was initiated against Ukraine. In an epistolary tone, Pedro Opeka expresses his bitterness and sadness at the Russian leader’s actions of “madness and megalomania” … actions that are intended to impose imperialism on a neighboring people. The common thread of the letter is the unmitigated denunciation and condemnation of the horrible and heinous actions that President Putin is inflicting on the Ukrainian people. The letter is long, but it is worth reading and meditating on, if only because it comes from a true missionary. 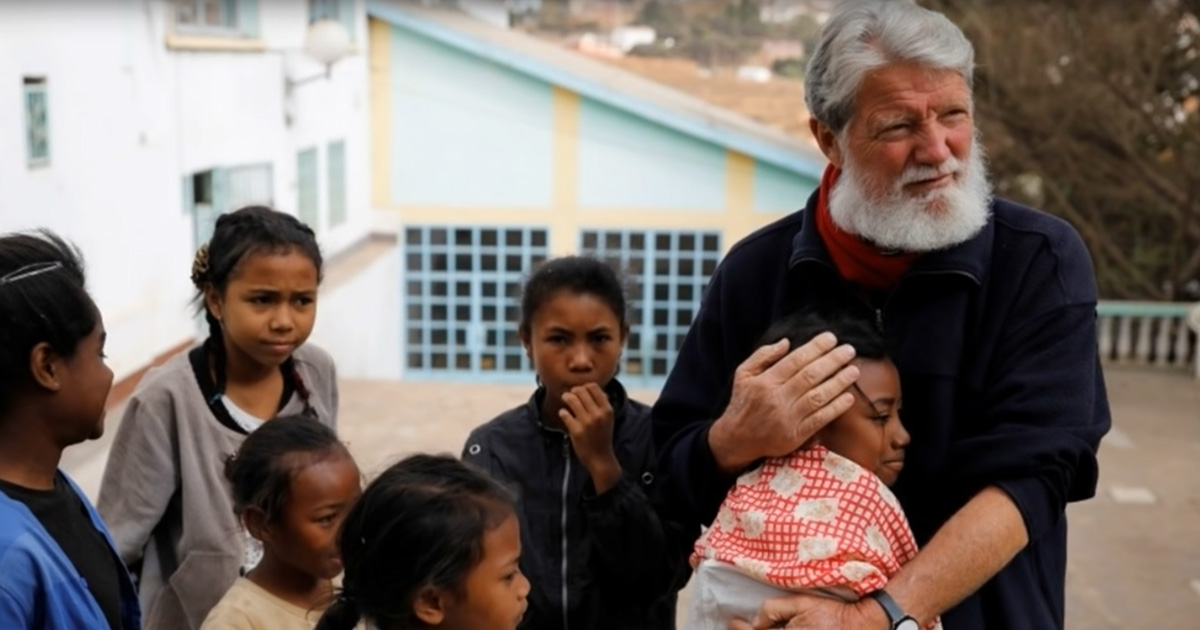 Father Opeka, CM with a group of children in Akamasoa

Brother Vladimir, on Thursday, February 24th we awoke with great anguish when we discovered that you had declared war and unleased an attack on Ukraine, a sovereign nation that respects international law and that never intended to attack Russia.

Brother Vladimir Putin, the citizens of many countries feel great bitterness, sadness and shame for your actions which are expressions of madness and megalomania.

You, Vladimir, are the President of Russia, a country that so many people throughout the world love and respect for its history and deep spiritual roots.

We ask ourselves how you could possibly want to impose on another nation the folly of establishing an imperialism from a by-gone era.

The only solution you found in your selfishness and in your desire for more power was to start a war at three in the morning, surprising your once Soviet brothers and sisters. A minute after your speech, a cloud of rockets and missiles spread over Ukraine. From what you described, one might imagine that the attack was leveled against a nation that is a threat to the entire world.  But the reality is that the Ukrainian people simply want to live in peace in their free and independent country.

Under threat of being tried for treason, it was easy to force Russian soldiers (who did not want to engage in battle) to attack their brothers and sisters in another nation.

Free men and women of the world! Raise your voice and condemn these barbaric, heinous actions against the Ukrainian people!

It is time to abandon the logic that divides countries into strong and rich on the one hand, and vulnerable and poor on the other. We are all citizens of the Earth. and we all have equal value. We are all brothers and sisters, and we are all responsible for building a better world for all the children of the world, who will come after us and continue life on Earth. We must stop thinking that some have more dignity than others.

We live in the 21st century, and the weapons that some people invented can destroy our planet Earth. How can you, Brother Putin, play with fire and walk through the wick of the explosive, which at any moment can explode and create total chaos, leading to the destruction of our entire civilization?

Brother Vladimir, if only we could be more human, more respectful, more honest, more genuine and more sincere. For only the truth will set us free and strengthen our bonds as brothers and sisters.

How can we accept the dramatic death sentence being imposed on Ukrainian and Russian soldiers? Each of these soldiers has a family, they have brothers and sisters who will cry for them if they die. I pause to reflect on the Russian soldiers: they will not know why they died, or why they killed others.

It is never too late to come to your senses and join humanity … humanity that wants to live in justice and peace. The war you have started is an irresponsible act which afflicts all humankind.

War will never solve disagreements between humans. The peoples of this world converse and dialogue, with diplomacy.  Third-country intervention can always help to solve potential problems and conflicts. It is always possible to find peaceful and just solutions. That is why it is urgent to respect the idea that we all belong to a single and unique family … the family of humankind.

Our humanness unites us and enables to see beyond racial ideologies, creeds or concepts. For we are part of the same humanity, different, but free and equal. Our differences contain priceless wealth and if those differences are lived with respect, generosity and communion, they make life more beautiful.

Brother Vladimir, return to the cradle of the family of humankind and become a brother who is concerned about solidarity and the common good so that all people, now and in future generations, can live with dignity and enjoy the same rights and obligations.

War destroys, sows hatred and divides people for years and years … until the time when they can once again unite and live together in harmony.

I have always believed that every man and woman is my brother and sister. How can I convince you, brother Putin, to stop the war, to stop the killing of innocent citizens?

I beg you, please, my dear Vladimir, stop this war, renounce the dictatorship, lies, false appearance and dualism.

May we all be people who love the truth, act with justice and live in solidarity with one another!

May the Creator God enlighten all the leaders of our planet Earth so that they might live fraternally, with equal rights and in freedom, that is, live the ideal of human dignity and human rights.