St. Francis Regis Clet, C.M., missionary to Wuhan, China, was canonized for his heroic witness of charity and faith and not only for how he suffered and died. He was in Paris when the violent persecution of Catholics began during the French Revolution, and he volunteered to go to China where he was certain to confront more of the same persecution. 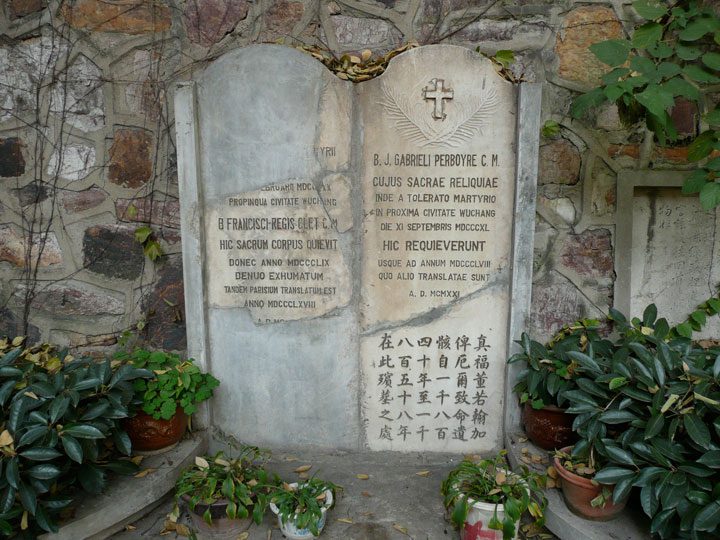 A plaque in Wuhan commemorates the removal of the relics in 1858; erected in 1921. Photo by A. Clark, found in Depaul University Image Archives. St. John Gabriel Perboyre (R) adjoins Clet tombstone (L).