After the death of Sister Kathleen Appler, DC, Superior General of the Daughters of Charity, the norms, as outlined in the Constitutions, were followed and fulfilled. Sister Françoise Petit, DC, the Assistant General, has assumed the role of Superior General. She will continue to serve in that capacity until the next General Assembly which is scheduled for 2021. The new Assistant General is Sister Iliana Suárez, DC.

Father Tomaž Mavrič, CM. in his April 1st letter addressed to the members of the Company, stated: 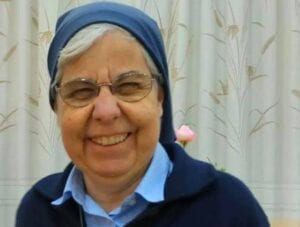 The death of Sister Kathleen leaves us all saddened, but our firm faith in the Resurrection gives us hope that we will meet again and be together for all eternity… Every good organization has a succession plan. The Company of the Daughters of Charity is no exception. Your Constitutions provide for it. The purpose of this letter is to inform you of that steps that have been or will be taken in that regard.