What Did Pope Francis Just Say?

People across the political and ecclesiastical spectrum have been speculating for sometime whether in his latest document Pope Francis would address certain hot button issues. The document is here.

Much has been said in the early responses to the text of Pope Francis’ commentary on the Synod. I am still digesting but I have noticed that the responses have come in waves.

A first wave of comments focused on soundbites regarding hot button issues such as the ordination of married men and whether women could become deacons. They tend to miss the forest for trees.The second wave tended toward Cliff Note summaries and outlines. The third wave seeks to unpack the inner logic and deeper insight from the document as a whole. My comments focus on this third wave.

Francis is practicing what he has been saying since the earliest days of his Papacy.

It is not only what he said but also on what Pope Benedict and each of the Popes back to Paul VI and even Leo XIII have been saying in their own way.

“[W]e need a church capable of walking at people’s side, of doing more than simply listening to them; a church that accompanies them on their journey; a church able to make sense of the ‘night’ contained in the flight of so many of our brothers and sisters from Jerusalem; a church that realizes that the reasons why people leave also contain reasons why they can eventually return. But we need to know how to interpret, with courage, the larger picture. Jesus warmed the hearts of the disciples of Emmaus.”

Earlier Popes have spoken of a “theology of encounter,” “new evangelization.” Pope Pious XII wrote that the introduction of the Gospel means inculturation and not the destruction of local cultures.

The centrality of listening and accompanying

“Beloved Amazonia” (Querida Amazonia) is a unique text. This is the first time that a document of such magisterial importance explicitly presents itself as a text that “accompanies” another one, namely, the synod’s Final Document with the title “The Amazon: New Paths for the Church and for an Integral Ecology.”

“In this exhortation, I wish to give an echo of what this process of dialogue and discernment has caused within me. I will not go into all of the issues treated at length in the final document. Nor do I claim to replace that text or to duplicate it.
I wish merely to propose a brief framework for reflection that can apply concretely to the life of the Amazon region a synthesis of some of the great concerns that I have expressed in earlier documents, and that can help guide us to a harmonious, creative and fruitful reception of the entire synodal process” (No. 2).

The exhortation, therefore, does not go beyond the Final Document, nor does it simply intend to give it its seal. Francis accepts it entirely and accompanies it, guiding its reception within the synodal journey, which is in progress and certainly cannot be said to be concluded… his aim is to invite a complete reading so that it may enrich, challenge and inspire the Church: these are the very three verbs used by the pontiff.

The exhortation has a very important paragraph entitled “Expanding Horizons Beyond Conflicts.” It could even be considered as a focal point of inspiration for the text. Certainly, reading it clarifies Francis’ approach to the Amazon question, and much more too. 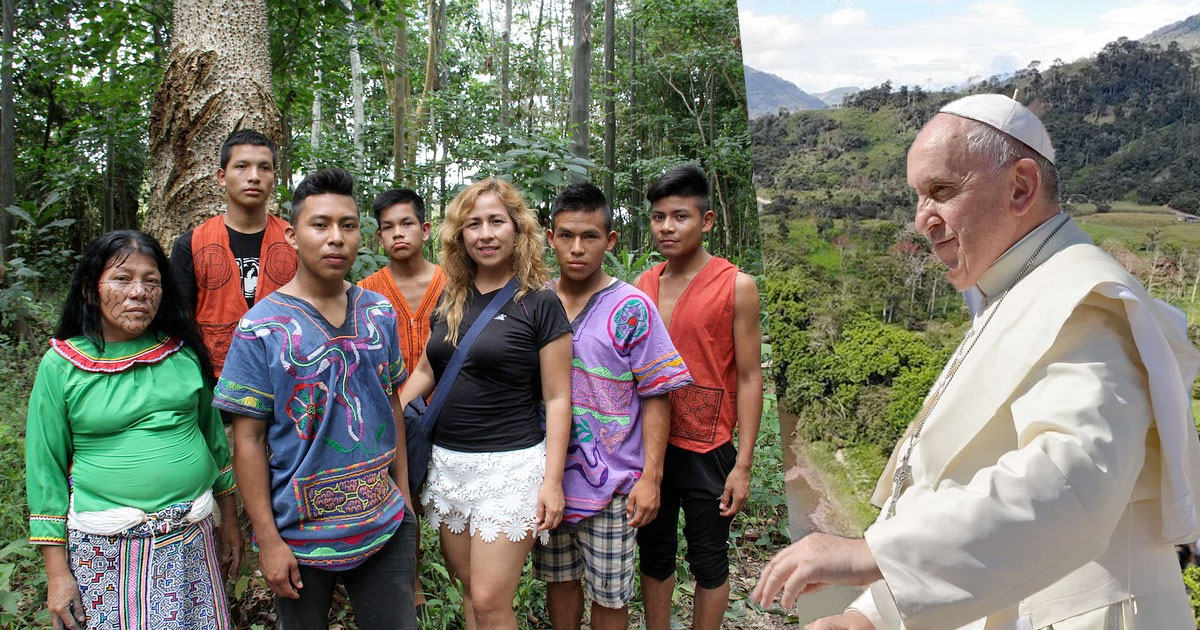 He starts from the observation that “in particular places pastoral workers envisage very different solutions to the problems they face, and consequently propose apparently opposed forms of ecclesial organization” (No. 104). This is the principle that guides Francis in his discernment of whether or not to ordain married men as priests. But the principle extends to all pastoral areas. The pontiff makes no explicit reference to one problem or another. But he does record the fact that there are pastoral situations that claim opposite solutions.

What, then, should happen, for example, when two solutions appear to be opposite? The pope replies, quoting his Evangelii Gaudium, that “When this occurs, it is probable that the real response to the challenges of evangelization lies in transcending the two approaches and finding other, better ways, perhaps not yet even imagined. Conflict is overcome at a higher level, where each group can join the other in a new reality, while remaining faithful to itself. Everything is resolved ‘on a higher plane and preserves what is valid and useful on both sides.’ Otherwise, conflict traps us; ‘we lose our perspective, our horizons shrink and reality itself begins to fall apart’”(No. 104).

This dialectical approach to reality is a criterion of action for Francis, a fundamental element for pastoral discernment: not to annul one dialectical pole in favor of the other, but to find a superior solution that does not lose the energy and strength of the elements that are in opposition.

Francis specifies that “in no way does this mean relativizing problems, fleeing from them or letting things stay as they are.” It means instead “transcending the contraposition that limits our vision and recognizing a greater gift that God is offering.” Only in this way is it possible to awaken “a new and greater creativity,” and in this way “there will pour forth as from an overflowing fountain the answers that contraposition did not allow us to see” (No. 105).

“the Amazon region challenges us to transcend limited perspectives and ‘pragmatic’ solutions mired in partial approaches, in order to seek paths of inculturation that are broader and bolder” (No. 105).

Questions for each of us

PS Recently, the pope told the bishops that months or even years go into producing documents and what gets reported by the media “is one line “