Christmas Letter 2019 of Brother René Stockman, Superior General of the Brothers of Charity

On the occasion of Christmas and New Year, Brother René Stockman has written his annual Christmas Letter.

Dear Associate Members, Staff, and Volunteers in the apostolate,

On the occasion of Christmas, we wish you all the peace that shines from the Christmas manger and also the hope that came into the world with the birth of the Saviour. Let us enter the new year with this peace and hope in our hearts and become ourselves bearers of this peace and hope. 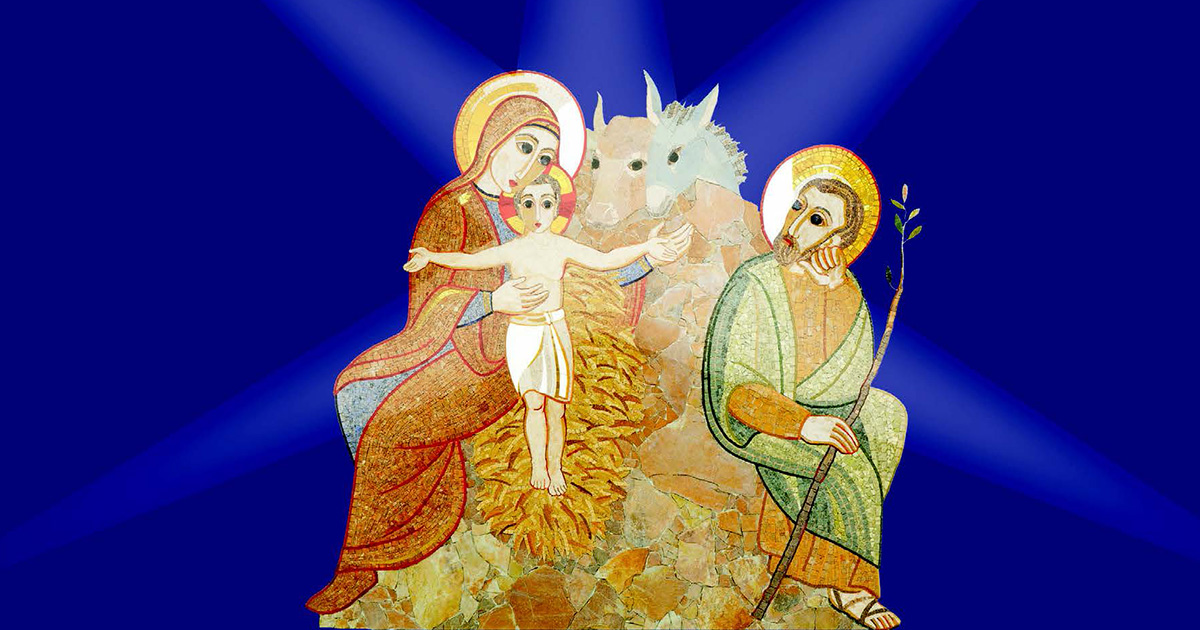 On Sunday 17 November, the Church celebrated the World Day of the Poor. I had the opportunity  to  attend  the  celebration  of  the  Eucharist  in  Saint  Peter’s  Basilica in Rome, which was presided by Pope Francis, and in his homily he made a passionate plea to really change our mentality and to pay more attention to the poor in our lives. Next to the altar stood the statue of Our Lady of the Poor  of Banneux, Belgium, with whom we, as a congregation, share a special bond through our centre in Gatagara, Rwanda, where we commemorated the 100th anniversary of the founder, Abbé Fraipont, who died in 1982 and whose wish it was that we would continue his care for people with disabilities. Since then, Gatagara has been one of the gems of our apostolic works.

Next to me sat an elderly Swiss priest, and when I introduced myself, he spontaneously said: “That means that today is also your feast as a Brothers of Charity.” He did not know us, but thought that our name sounded clear enough to know who we were. It was a word that stayed with me throughout the entire celebration of the Eucharist and even disturbed me a little, and I wondered whether we could really consider this World Day of the Poor as our feast and whether we were worthy of our name.

In his homily, the Pope emphasized that the poor are so often oppressed and forgotten today because we want to see everything in an efficient way and only live on self-made certitudes. Anyone or  anything  that  would  threaten to disrupt  this efficiency and this certitude is avoided. Of course, he referred to the readings of the day, in which Jesus paints a picture of the so-called last days, when almost everything will pass away. “Almost everything,” and Jesus is clear when He says that the temple will collapse and everything that people have built, precisely from their desire for efficiency and certitude. “Almost everything,” but that which will not pass away are God himself and humanity. We should immediately ask ourselves what we, Brothers of Charity, are focusing on. Is it our works, our achievements, the certitudes that we want to develop, or is it God and our neighbour, and the poor in particular? There is a real danger that, in our daily endeavours, we are primarily concerned with building and maintaining a worldly kingdom, while we are forgetting that we are called to build the Kingdom of God, a Kingdom in which we give God the central  role and live as Jesus himself, who was not at all concerned with certitudes for the future, who was not in any way preoccupied with building a worldly kingdom, but focused only on the will of the Father and the care for the concrete neighbour He encountered: the poor, the sick, the sinner.

We  can learn something for our lives as Brothers of Charity from these reflections, both personally and in the Congregation, so that the World Day of the Poor may also be our feast or perhaps become our feast again.

Are we not too engaged in building and maintaining institutions where we like to show off buildings, numbers, and where we practise management in a supposedly very professional manner? During a recent visit to one of our regions, I heard a remark from a group of associate members that they were only seeing brothers sitting in executive chairs and no longer at the bedside of a sick person, while as associate members they tried to be close to the poor in a very simple yet concrete way every week. It is also striking how very quickly young brothers dream of holding an executive position and not always for the most noble reasons. We need directors, of course, very good ones at that, whose heart is in the right place in leadership. But at the same time are we still there among the sick, the poor, the young? Can they reach us, in the knowledge that everything else is just a framework to deal with the essence: to become a true brother of the poor, the sick, and those who are in need?

Are we not too preoccupied with our own certitudes, the concern of how we, as the last brother in the region, will have security in our old age? Again, it is not wrong to take appropriate measures for this, but it should not become the only thing that we are doing. At one time, during a meeting of religious, where I was asked to give a conference on the future of consecrated life and where I arrived a little early, I witnessed a discussion about what should be done to maintain the cemeteries of the religious when the congregation no longer existed. It was an animated discussion. Again, we should take care of our cemeteries, but it should not be our main concern.

“Almost everything will pass away,” but not God or humanity. That is why we must focus our initial attention and concern on God and humanity, and everything else should be secondary to that. For us, Brothers of Charity, this means that, above all, we must focus on God, and, like the Son of God, care for those who suffer, who are poor, who are sick, who do not count in the world. Everything else is of secondary importance. It is a true examination of conscience to ask ourselves honestly where our focus lies. God and man, or our buildings, our money, our future, our certitudes that we want to create. Or, as Pope Francis said in his homily: “The living God is infinitely greater than any temple we build for him, and the care for the human person, our neighbour, is worth more than all the news reports of the world. Today, we are faced with two temptations. The first is the temptation of haste, of the right now. The second is the temptation of self-centredness, which prevents us from finding time for our brother and sister living next door. We must be able to lose time and invest energy in the quality of our relationships with the poor, the sick, just as Jesus has shown us. And we must constantly open our hearts, stop being concerned only with ourselves and with our own projects and certitudes, and transform our ‘I’ into a ‘you’. Those who speak the language of Jesus are not the ones who say ‘I’, but rather the ones who step out of themselves, particularly to give to those who cannot repay them.”

It is my fervent wish at this turn of the year that, for the Congregation of the Brothers of Charity, it may be a World Day of the Poor every day. The charism that we receive through our beloved Founder is therefore permanently relevant: to let God’s love shine in the lives of those who do not or cannot experience love. In the words of Father Triest: “Is this not resurrecting them and lifting them out of the depth of  death, making the sun shine for them, creating for them a new heaven and new earth?”

Wishing all a Happy Christmas and a blessed 2020, with God’s grace and abundant blessing.