Sister André, DC was known to be the oldest person in France. Today she is still, but not only in France, but in Europe. She obtained this “title” at the age of 115; in fact, since June, when Maria Giuseppa Robucci-Nargiso, an Italian woman of 116 years and 90 days of age, passed away. Sister André, born Lucile Randon, then became the oldest in Europe and the second oldest in the world: only one Japanese woman, 116-year-old Kane Tanaka, is older than Sister André worldwide. 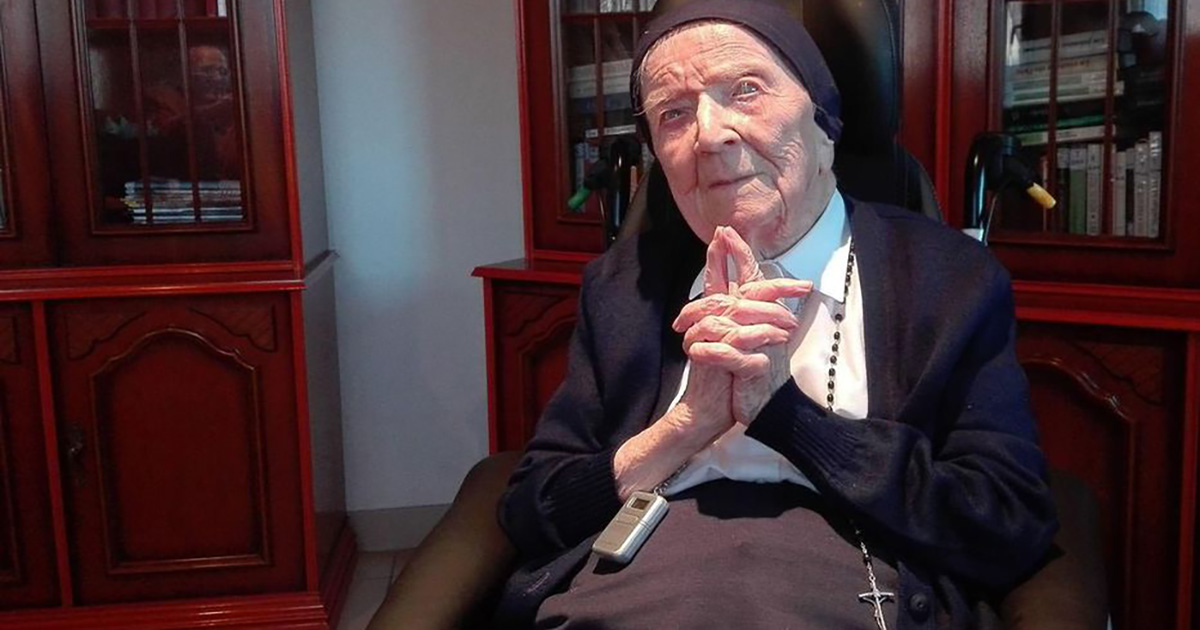 “All this is quite overwhelming,” admits the resident of Sainte-Catherine Labouré in Toulon, who learned the news from staff. Sister André is undoubtedly the residence’s favorite.

Sister André was born in Alès (Gard) in 1904. This fervent believer was a housekeeper and later an assistant in a hospital, before joining the sisters of the Company of the Daughters of Charity and becoming Sister André (in homage to her deceased brother). “Now I only move in a wheelchair and can barely see. My daily happiness is to be able to go and pray,” she confesses.

Honorary citizen of the city of Toulon 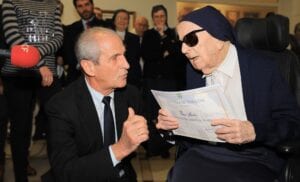 Sr. André received the title of honorary citizen of the city of Toulon from Mayor Hubert Falco on February 11, 2019. | ANNABELLE LHUILLIER BONNAL / AFP

Her nephew comes to see her regularly, as well as a man, now 90 years old, whom she cared for when she worked at the hospital at the age of 25. “The links between them are indestructible,” confesses a member of the establishment, who says that “Sister André is still very flirtatious… and gourmet: she loves chocolate. And for nothing in the world would she miss a religious service.”

At the moment, no event is planned to celebrate the new European oldest person, but the “super centenarian” is already an honorary citizen of the city of Toulon. In February, on the day of her 115th birthday, Sister André received a personal letter from Pope Francis, accompanied by a gift: a rosary blessed by the Holy See: the second oldest human being is also the oldest of religious worldwide. 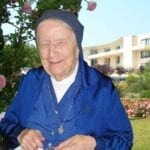 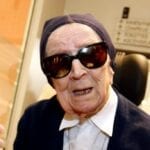