More than 200 volunteers, including employees from 30 Niagara County-based organizations, joined forces with dozens of area residents on May 15 to spruce up homes in downtown Niagara Falls as part of the South End Housing Initiative’s second annual “Rock the Block.” 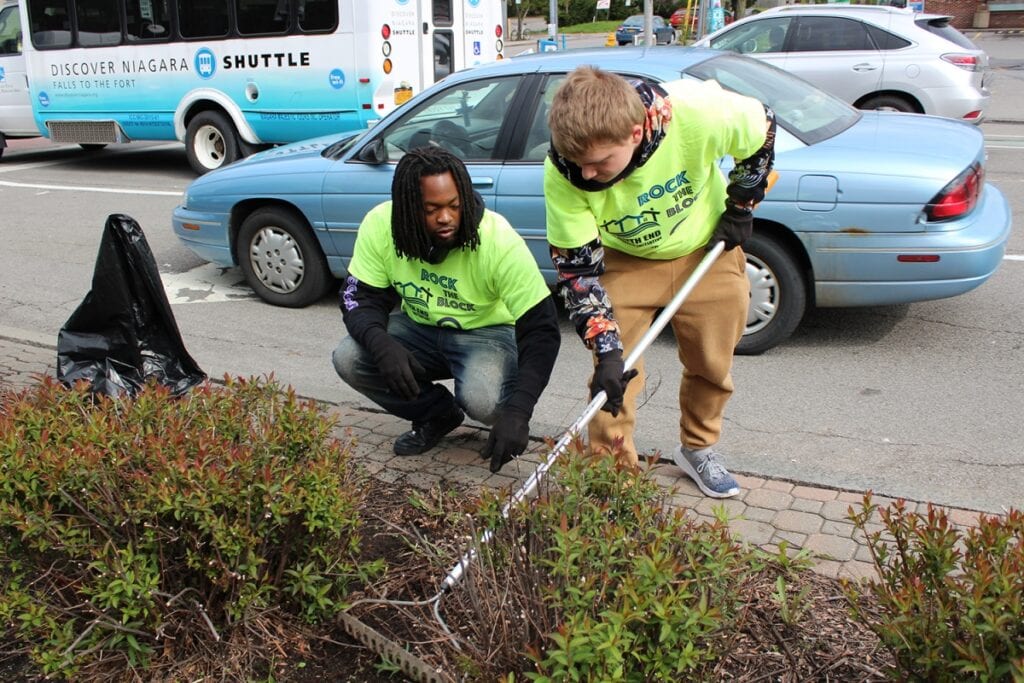 “‘Rock the Block’ is an ideal example of the initiatives Niagara University has been, and will continue to be, committed to doing in our local community,” said the Rev. James J. Maher, C.M., Niagara University president. “Our mission calls us to use our campus resources to inspire deliberate and focused positive impact in the region surrounding the university, with an emphasis on the City of Niagara Falls. We are happy to join with our community partners and city residents to facilitate transformation in the city’s South End through ‘Rock the Block.’”

The South End Housing Initiative links local homeowners with business representatives – including presidents and CEOs – to perform minor housing repairs, such as painting, landscaping and general cleanup, in the city’s South End. This year, 24 homes and 14 alleyways within a 34 city-block area were improved as part of the three-hour effort, which had an economic impact of more than $48,000.

The State of New York Mortgage Agency (SONYMA) was a major sponsor of the event as part of the “Spruce Up” neighborhood clean-up events held each year across the state.

“The State of New York Mortgage Agency invests in communities across the state by bringing the dream of homeownership to low- and moderate-income New Yorkers,” said New York State Homes and Community Renewal Commissioner RuthAnne Visnauskas. “Through events like Rock the Block and Spruce Up, we partner with local community groups to help revitalize neighborhoods one block at a time. Under Governor Cuomo’s leadership, Homes and Community Renewal is doing more than ever to ensure that all New Yorkers can enjoy safe, vibrant neighborhoods and an affordable place to call home.”

In its second phase, the South End Housing Initiative, which is made up of 30 partners from various organizations throughout Niagara county, seeks to revitalize housing in Niagara Falls from Fourth Street to Portage Road, within the surrounding perimeter from Niagara Street to Pine Avenue. Organizers contend that the revival of this corridor of homes will encourage economic development on the outlying areas of the neighborhood.

Tags: Niagara University
← Narrowness to Go Through and Overcome When Vincentian and Jesuit Saints Meet →