Châtillon: God Works With Our Choices

Most of us know the significance of the town of Châtillon-les-Dombes (now Châtillon-sur-Chalaronne) in Vincent’s life and in the development of the charism in the Vincentian Family. Here, the Confraternities of Charity, one of the antecedents of the modern International Association of Charities (AIC) began as the creative collaboration of the women of the parish and their parish priest. 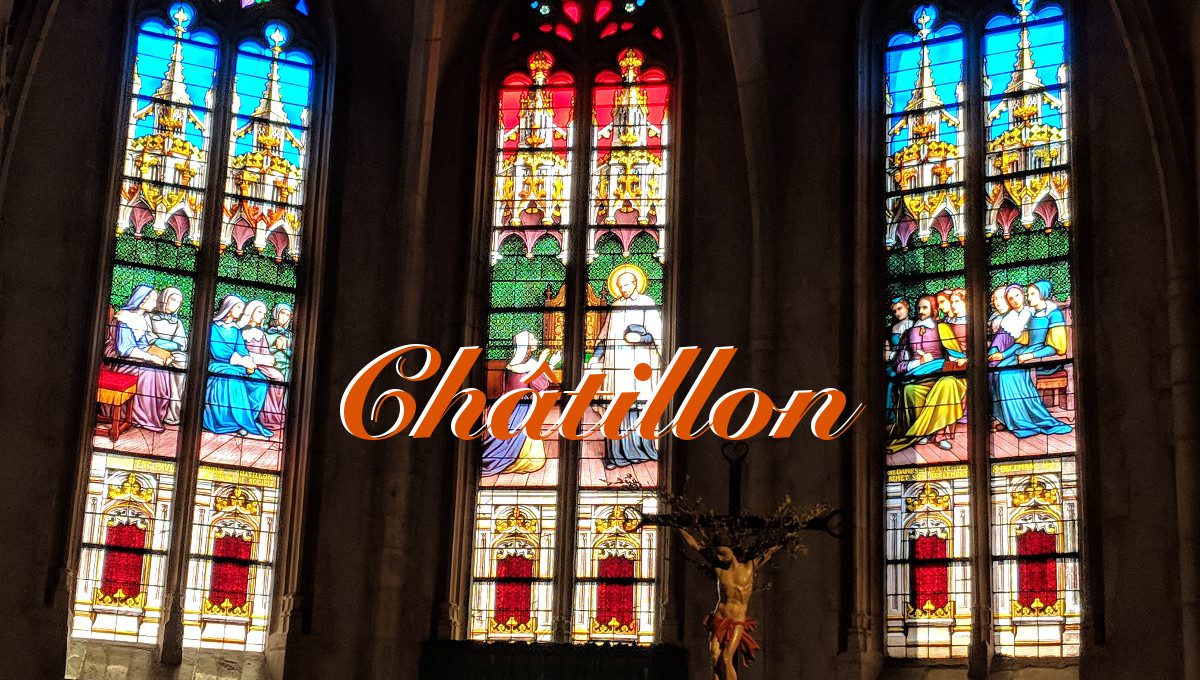 As we wandered through the town and visited the church, I reflected on Vincent’s struggle to let God’s will be done in his life. He needed to move on from the Gondi family, for after his experiences in Gannes and Folleville his life was being directed elsewhere. He spoke with Father Berulle, his director. Berulle spoke with the Archbishop of Lyon and it was settled. He lived in Châtillon-sur-Chalaronne for several months in 1617. During his time in the town he resided in a house on the rue Colbert. Vincentian scholar Fr. Jaime Corera, C.M., recounts things:

Vincent spoke with Bérulle about his situation and about his desire to give a new direction to his priesthood. Even though it was Bérulle who had initially introduced Vincent to the de Gondi family, he was not opposed to Vincent’s new proposal. In fact in was Bérulle who took the initiative in finding a place that was sufficiently distant from Paris and at the same time a place where Vincent would be able to satisfy his aspirations … and so we find Vincent in Buénans-Châtillon. As we speak about this time in Vincent’s life we will only refer to Châtillon since from the very beginning Vincent resided there and the events that we will refer to later on occurred in this place. In reality the church in Châtillon was a chapel that was connected to the principal parish that was located in Buénans.

Three years before the arrival of Vincent, the Archbishop of Lyons made a pastoral visitation to the parish of Châtillon. According to the parish registry books that have been preserved, the parish was found to be in a satisfactory spiritual situation. In fact as a result of the visitation the Archbishop had the idea of establishing Châtillon as a center for Catholic evangelization, a type of missionary center for the area and in order for this to happen he needed a priest of good character. He approached the Oratorians in Lyons who in turn consulted with Bérulle, their Founder. Bérulle believed that Vincent de Paul, who had been influenced by the spirituality of the Oratorians (even though he was not a member),would be the best priest to carry out the plans of the Archbishop.

These were the historical circumstances (presented here in a summary manner) that led Vincent de Paul to Châtillon and these were the paths that Providence utilized so that Vincent de Paul, a priest of the Diocese of Dax with a bachelors in theology, might change the direction of his priestly ministry and at the age of thirty-seven begin to walk on a new path.

How often I have felt “discomfort” in a particular pastoral situation. I recalled the day when I first thought of answering my Superior General’s call to the international missions, and then of my own “inner call” eight years later to return home. Vincent was a much shorter time in Châtillon; he returned to the de Gondis by the end of that same year, not knowing if he would return to the parish. But God had other plans. Through Madame de Gondi’s intervention, the Congregation of the Mission would be launched, and confraternities of charity would be established in every renewed parish. God indeed had plans. He still does! I said a prayer that I would continue to cooperate, and that our seminarians would learn from Father Vincent’s journey.

Here’s a link to Corera’s fine article. It’s rather lengthy, but a treasure. And here are a few more photos of Châtillon: the cradle of organized charity. 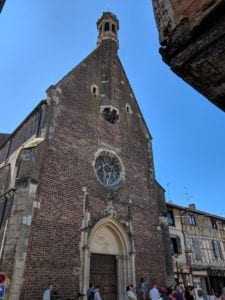 The Church of Saint-André at Châtillon 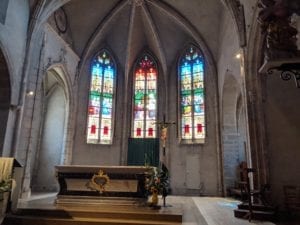 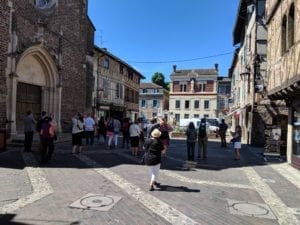