Every September 1 is the World Day of Prayer for the Care of Creation, so established by Pope Francis in 2015, in keeping with the theme addressed in his encyclical Laudato Si’ on care for our common home. 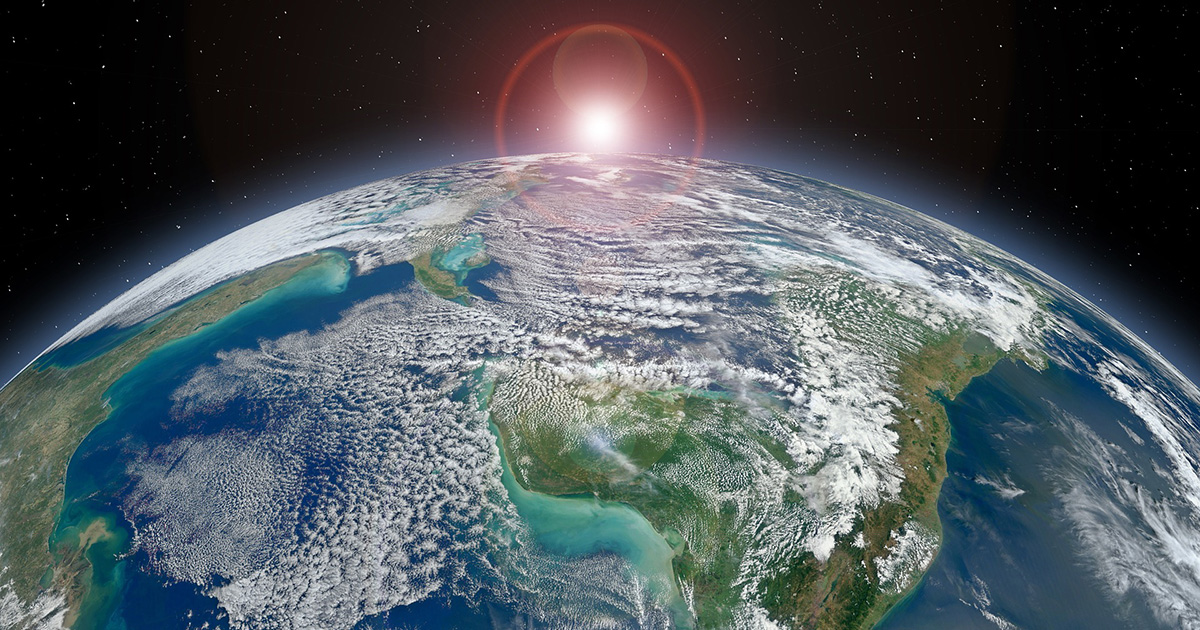 For the first time, Pope Francis has released his message for the World Day of Prayer for Creation, which marks the beginning of the Time for Creation. This Thursday 21 July, in a press conference from the Vatican, the message was made public.

What does the Pope tell us in this message? He invites us to take advantage of the Time for Creation 2022 to “cultivate our ecological conversion” and to pray together in “the great cathedral of Creation”. He also refers to the upcoming COPs on climate and biodiversity and calls on world leaders to take concrete action, as “we are reaching a tipping point” and we must act immediately.

Read the full message below:

“Listen to the voice of creation” is the theme and invitation of this year’s Season of Creation.  The ecumenical phase begins on 1 September with the World Day of Prayer for the Care of Creation, and concludes on 4 October with the feast of Saint Francis.  It is a special time for all Christians to pray and work together to care for our common home.  Originally inspired by the Ecumenical Patriarchate of Constantinople, this Season is an opportunity to cultivate our “ecological conversion”, a conversion encouraged by Saint John Paul II as a response to the “ecological catastrophe” predicted by Saint Paul VI back in 1970.

If we learn how to listen, we can hear in the voice of creation a kind of dissonance.  On the one hand, we can hear a sweet song in praise of our beloved Creator; on the other, an anguished plea, lamenting our mistreatment of this our common home.

The sweet song of creation invites us to practise an “ecological spirituality” (Laudato Si’, 216), attentive to God’s presence in the natural world.  It is a summons to base our spirituality on the “loving awareness that we are not disconnected from the rest of creatures, but joined in a splendid universal communion” (ibid., 220).  For the followers of Christ in particular, this luminous experience reinforces our awareness that “all things came into being through him, and without him not one thing came into being” (Jn 1:3).  In this Season of Creation, we pray once more in the great cathedral of creation, and revel in the “grandiose cosmic choir” made up of countless creatures, all singing the praises of God.  Let us join Saint Francis of Assisi in singing: “Praise be to you, my Lord, for all your creatures” (cf. Canticle of Brother Sun).  Let us join the psalmist in singing, “Let everything that breathes praise the Lord!” (Ps 150:6).

Tragically, that sweet song is accompanied by a cry of anguish.  Or even better: a chorus of cries of anguish.  In the first place, it is our sister, mother earth, who cries out.  Prey to our consumerist excesses, she weeps and implores us to put an end to our abuses and to her destruction.  Then too, there are all those different creatures who cry out.  At the mercy of a “tyrannical anthropocentrism” (Laudato Si’, 68), completely at odds with Christ’s centrality in the work of creation, countless species are dying out and their hymns of praise silenced.  There are also the poorest among us who are crying out.  Exposed to the climate crisis, the poor feel even more gravely the impact of the drought, flooding, hurricanes and heat waves that are becoming ever more intense and frequent.  Likewise, our brothers and sisters of the native peoples are crying out.  As a result of predatory economic interests, their ancestral lands are being invaded and devastated on all sides, “provoking a cry that rises up to heaven” (Querida Amazonia, 9).  Finally, there is the plea of our children.  Feeling menaced by shortsighted and selfish actions, today’s young people are crying out, anxiously asking us adults to do everything possible to prevent, or at least limit, the collapse of our planet’s ecosystems.

Listening to these anguished cries, we must repent and modify our lifestyles and destructive systems.  From its very first pages, the Gospel calls us to “repent, because the kingdom of heaven has come near” (Mt 3:2); it summons us to a new relationship with God, and also entails a different relationship with others and with creation.  The present state of decay of our common home merits the same attention as other global challenges such as grave health crises and wars.  “Living our vocation to be protectors of God’s handiwork is essential to a life of virtue; it is not an optional or a secondary aspect of our Christian experience” (Laudato Si’, 217).

As persons of faith, we feel ourselves even more responsible for acting each day in accordance with the summons to conversion.  Nor is that summons simply individual: “the ecological conversion needed to bring about lasting change is also a community conversion” (ibid., 219).  In this regard, commitment and action, in a spirit of maximum cooperation, is likewise demanded of the community of nations, especially in the meetings of the United Nations devoted to the environmental question.

The COP27 conference on climate change, to be held in Egypt in November 2022 represents the next opportunity for all to join in promoting the effective implementation of the Paris Agreement.  For this reason too, I recently authorized the Holy See, in the name of and on behalf of the Vatican City State, to accede to the UN Framework Convention on Climate Change and the Paris Agreement, in the hope that the humanity of the 21st century “will be remembered for having generously shouldered its grave responsibilities” (ibid., 65).  The effort to achieve the Paris goal of limiting temperature increase to 1.5°C is quite demanding; it calls for responsible cooperation between all nations in presenting climate plans or more ambitious nationally determined contributions in order to reduce to zero, as quickly as possible, net greenhouse gas emissions.  This means “converting” models of consumption and production, as well as lifestyles, in a way more respectful of creation and the integral human development of all peoples, present and future, a development grounded in responsibility, prudence/precaution, solidarity, concern for the poor and for future generations.  Underlying all this, there is need for a covenant between human beings and the environment, which, for us believers, is a mirror reflecting “the creative love of God, from whom we come and towards whom we are journeying”.  The transition brought about by this conversion cannot neglect the demands of justice, especially for those workers who are most affected by the impact of climate change.

For its part, the COP15 summit on biodiversity, to be held in Canada in December, will offer to the goodwill of governments a significant opportunity to adopt a new multilateral agreement to halt the destruction of ecosystems and the extinction of species.  According to the ancient wisdom of the Jubilee, we need to “remember, return, rest and restore”.  In order to halt the further collapse of biodiversity, our God-given “network of life”, let us pray and urge nations to reach agreement on four key principles: 1. to construct a clear ethical basis for the changes needed to save biodiversity; 2. to combat the loss of biodiversity, to support conservation and cooperation, and to satisfy people’s needs in a sustainable way; 3. to promote global solidarity in light of the fact that biodiversity is a global common good demanding a shared commitment; and 4. to give priority to people in situations of vulnerability, including those most affected by the loss of biodiversity, such as indigenous peoples, the elderly and the young.

Let me repeat: “In the name of God, I ask the great extractive industries – mining, oil, forestry, real estate, agribusiness – to stop destroying forests, wetlands, and mountains, to stop polluting rivers and seas, to stop poisoning food and people”.

How can we fail to acknowledge the existence of an “ecological debt” (Laudato Si’, 51) incurred by the economically richer countries, who have polluted most in the last two centuries; this demands that they take more ambitious steps at COP27 and at COP15.  In addition to determined action within their borders, this means keeping their promises of financial and technical support for the economically poorer nations, which are already experiencing most of the burden of the climate crisis.  It would also be fitting to give urgent consideration to further financial support for the conservation of biodiversity.  Even the economically less wealthy countries have significant albeit “diversified” responsibilities (cf. ibid., 52) in this regard; delay on the part of others can never justify our own failure to act.  It is necessary for all of us to act decisively.  For we are reaching “a breaking point” (cf. ibid., 61).

During this Season of Creation, let us pray that COP27 and COP15 can serve to unite the human family (cf. ibid., 13) in effectively confronting the double crisis of climate change and the reduction of biodiversity.  Mindful of the exhortation of Saint Paul to rejoice with those who rejoice and to weep with those who weep (cf. Rom 12:15), let us weep with the anguished plea of creation.  Let us hear that plea and respond to it with deeds, so that we and future generations can continue to rejoice in creation’s sweet song of life and hope.