Editorial: No to the Killing of Innocents and the Indiscriminate Arms Industry

In just 10 days, we have witnessed in horror two shootings in the United States with numerous deaths of innocent people:

As on so many other previous occasions, the right to bear arms in the United States, guaranteed by the Second Amendment to its Constitution (approved on December 15, 1791, more than 230 years ago), is once again in the spotlight. 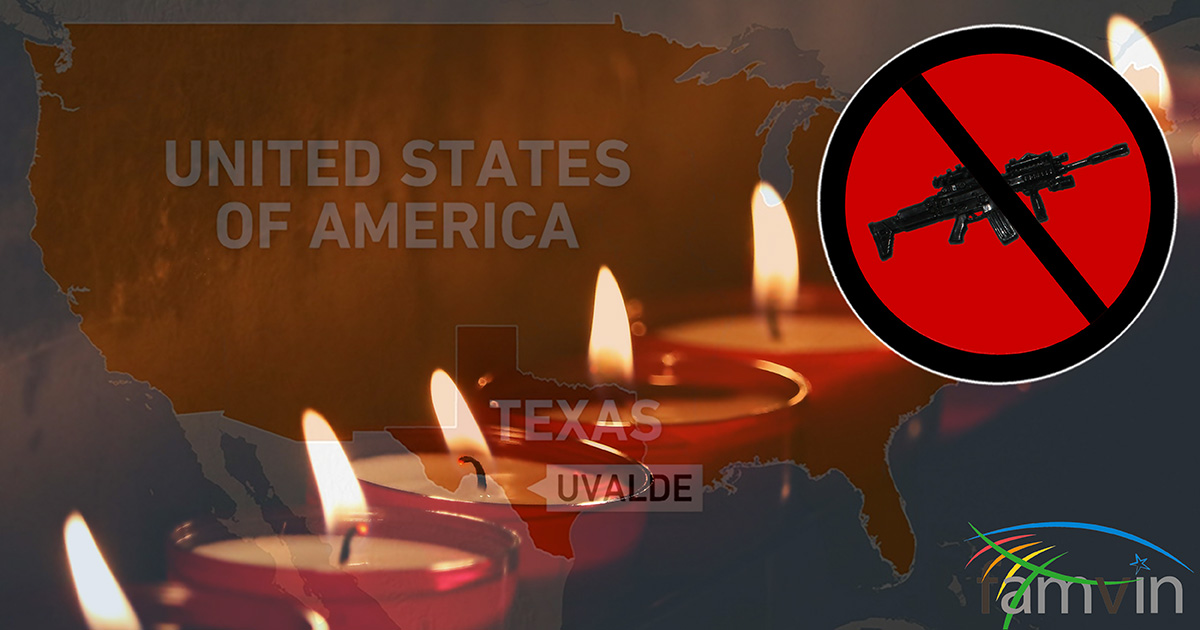 Probably, the people who commit these brutal crimes have emotional or psychological problems, or suffer from some mental illness, and they commit these massacres for reasons still unknown, perhaps for pleasure or for a feeling of power, stimulated by the movies or by the social reality in which they live, and they use weapons to harm others. Guns in themselves are neither bad nor good, it will depend on the use people make of them (for personal protection or for crime). The purchase of weapons should be something more restricted and more difficult to access for a common citizen.

In 2020, 42% of US Americans claimed to have at least one firearm in their homes[1], although this proportion could be much higher as the data only collects those people who want to voluntarily disclose whether they own a firearm or not. With 4% of the world’s population, the United States owns 46% of the world’s registered pistols and rifles (393 million out of a total of 857 million). The United States has accounted for more than half of the world’s deadliest mass shootings in the last 50 years, and its citizens are 20 times more likely to die from gun violence than those of other developed nations[2]. Despite these shattering facts, despite the periodic slaughter of innocents, support for unrestricted gun ownership remains widespread among the U.S. population. Nor should we underestimate the power of the U.S. arms industry, which is capable of politically influencing those in power through its financial or voting support from its supporters. As the World Economic Forum said four years ago: “The United States is a planetary anomaly. No other country has so many guns per capita, and no other country suffers so often from the devastating consequences of mass shootings.”[3].

Many U.S. citizens seem to have resigned themselves to the fact that “there is no way to prevent this”[4]. Despite the massive wave of rejection and compassion for the victims and their families, despite the fiery proclamations of some politicians, possibly nothing will change and in a short time this tragic event will pass into the dark history of the nation and everything will remain the same, until another similar incident raises consciences again.

As believers, as Vincentians, we cannot admit this kind of situation. Like Pope Francis, before hundreds of pilgrims this morning during Wednesday’s general audience, we must stand up and say: “It is time to say enough to the indiscriminate trade in arms” and actively seek solutions “so that tragedies like this can never happen again”.

We join in the grief of the families shattered by this and previous massacres, and pray for the deceased and for those who today suffer, in unimaginable ways, their loss.