The Value of Everyone

At the heart of Christian faith is the affirmation that Jesus of Nazareth is the Word made flesh (John 1:14). God becomes human – not just an appearance like an avatar or bodhisattva but fully human. For St. Vincent de Paul, who encountered the poor Christ among men and women living in poverty, Christian life was profoundly incarnational. Among contemporary theologians attempting to articulate a Christian ecological position, flesh points beyond the humanity of Jesus and beyond the human community embraced by God in the incarnation to the whole interconnected world of fleshly life. This is a “deep” incarnation, an incarnation into every form of organic life and cosmic system. In today’s world where countless organisms have been destroyed or are under threat, the cross of Christ reveals God’s redemptive co-suffering with creation in all its complexity, struggle and pain. 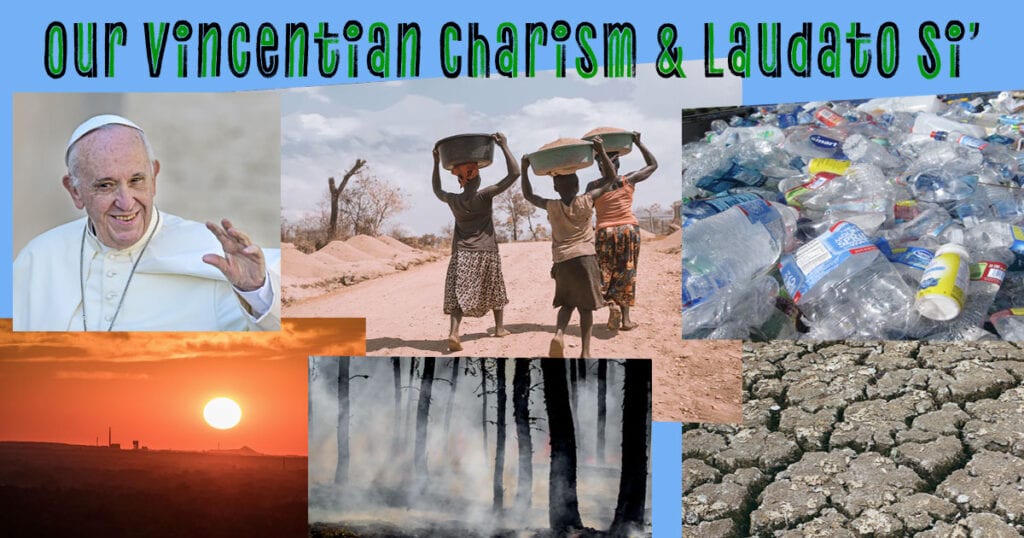 In Christian faith, moral choices are linked to the world reversing values of the reign of God inaugurated in the life, death, and resurrection of Jesus. A realm of right relationships where compassion, mercy and forgiveness are structural realities, the reign of God is to be lived and proclaimed with convincing power. Yet, the absence of rightness in current human-earth relations is increasingly evident. In this context, moral reflection is beginning to assert the inherent value of the natural world, and commitment to justice is being expanded to embrace every other species. Economic oppression, racism, sexism, and abuse of the earth are all seen to be intrinsically linked.

Much of Catholic tradition has considered contemplation to be the highest human activity. Work had a much lower status, and dealt largely with providing enough of life’s necessities to sustain us until the crucial moment of our death. Contrary to this view, Jesuit paleontologist Pierre Teilhard de Chardin argued that God is encountered in concrete efforts to improve the world. Since God is involved in evolution, cooperation with God’s activity in building up the world is the primary work of Christianity. Without human effort, God not only will not but cannot bring about “thy Kingdom come.” Clearly, we can do nothing without God – we are secondary causes who depend on God as primary cause. Even more, we cannot save ourselves. But to be saved is to love God, and we cannot love God unwillingly. We are called to love God in the whole length, breadth and depth of the evolving cosmos.

For the saints, the material condition of others is a spiritual matter. When every living thing is seen as intrinsically valuable and all life exists in networks of interrelationship, there is no split between spirit and flesh. An incarnate God is, by definition, mundane. In an incarnational theology, each element of creation, including us human beings, becomes the unique individual that tells of God’s glory. As human beings, we are the one creature that has to decide to reflect God. And, as Pope Francis reminds us in Laudato Si, the way we reflect God is to accept responsibility for planetary well-being.

The Vincentian Charism and Laudato Si’ is our effort to share various ways that Vincentians find their charism connects with Laudato Si’. We encourage your comments on these posts and welcome anyone interested in submitting an article to email Jim Paddon at jpssvp@hotmail.ca.