The Origin of the Society of St. Vincent de Paul: Bringing together two worlds that did not know each other 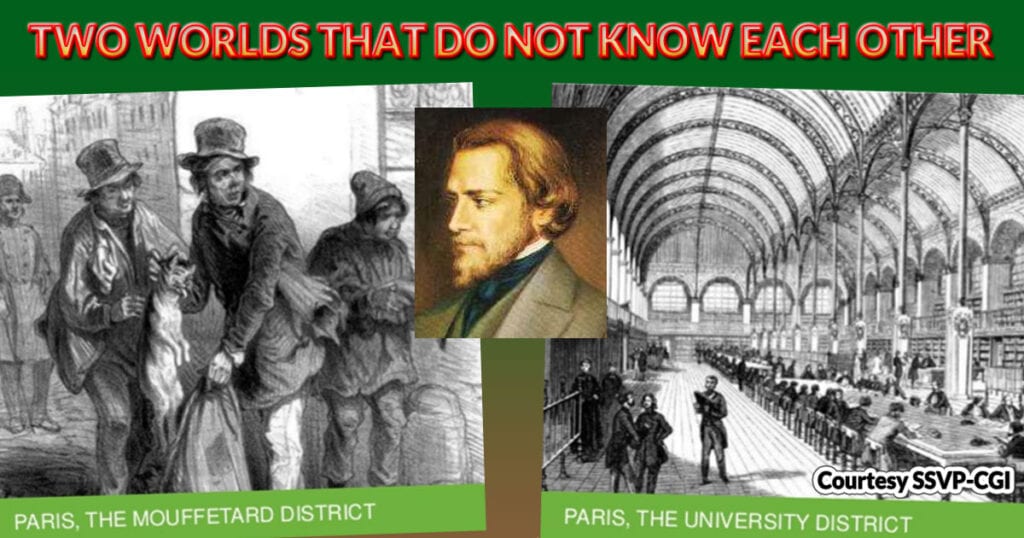 “The Society of Saint Vincent de Paul was born into a world in the throes of change. Attracted by the jobs created by the Industrial Revolution, an influx of people flooded into the cities. The working conditions were inhuman. Undernourished, badly housed, these new arrivals struggled to survive as best they could in the urban environment. Paris was at that time an unhealthy and unsafe place. The State’s contribution to the relief of poverty was minimal. After the French Revolution, the Church itself was weak. This was the crisis situation in which 7 young men stood up and decided “to go to the margins”. This is a dramatic, very moving and very topical story, with many parallels between that period and our own.”