During the COVID-19 crisis, first responders have put their lives on the line and are heroes for ensuring that people receive needed care.  First respondents are also key in identifying victims of human trafficking. This year’s World Day Against Trafficking in Persons, today, July 30, therefore is focusing  upon first responders.

A first responder might be a physician in a doctor’s office or hospital emergency room.  The responder could be a social worker who encounters a trafficked person in the subway station.  Or a police officer responding to a complaint.  He or she might be an emergency medical technician.   Perhaps some of you are first responders.   First responders are instrumental in identifying signs of human trafficking and then ensuring victims are safe, receive needed care, and that their cases are prosecuted. 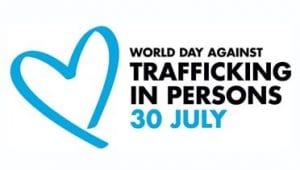 Loss of income is enhancing the vulnerability of many persons to trafficking.  According to the UN Office on Drugs and Crime, criminals are adapting to restrictions resulting from the COVID 19 crisis, going on line or underground.  Victims thus become less visible to authorities.   Not every country has the infrastructure to provide adaptable responses and with reduced budgets, countries can find it more challenging to curb the crime of human trafficking.  With these changes, first responders will need to be able to recognize current signs of evolving forms of  trafficking and to respond appropriately when situations are encountered.

The US State Department’s Trafficking in Persons Report (2020) notes there are almost 25 million human trafficking victims globally and that 12,000 traffickers were prosecuted in 2018.  The report calls for an end to state sponsored forced labor; an increase in prosecutions; an expansion of efforts to identify and care for trafficked victims; and steps to ensure that victims are not prosecuted for crimes traffickers compelled them to commit.

The report was released on June 25 and can be accessed by clicking here.

To mark World Day Against Trafficking in Persons on 30 July, the UN Voluntary Trust Fund for Victims of Human Trafficking, Especially Women and Children, managed by the United Nations Office on Drugs and Crime (UNODC), together with the Rukus Avenue Music Group, will air a live virtual concert at 12:00 pm EDT. IT will be hosted by actress Mira Sorvino.  Tickets for this virtual event are $1 US and can be purchased by clicking here. 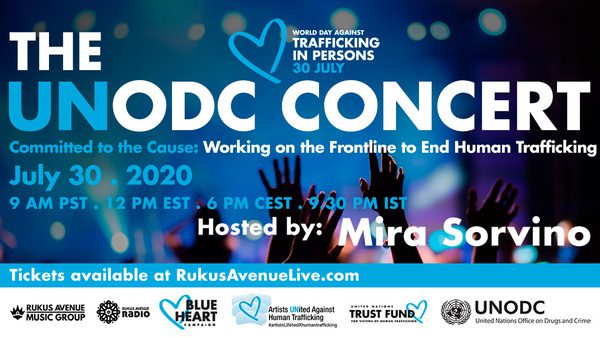 The Sisters of Charity Federation and the International Confederation of the Society of St. Vincent de Paul are members of CSTIP’s Subcommittee which considers corporate responsibility with regard to human trafficking.  The Subcommittee is working on a panel of speakers related to the topic of, “The Business of Human Trafficking 101.”  The event, likely to take place in November, will consider how data and business techniques are being used to prevent forced labor and trafficking.  It will feature a perspective related to trafficking and forced labor of children because so many children are victims.

The Daughters of Charity contributed input to the Justice Coalition of Religious (JCOR) about the impact of COVID-19 upon trafficking and services to victims in preparation for a statement regarding human trafficking.   The sister serve victims of human trafficking in multiple locations and further work to end the crime which robs so many of their human dignity.

Tags: coronavirus, Human trafficking, United Nations
← Lessons Learned During the Pandemic, #5: If One Should Die During a Pandemic, it is a Lonely Death! Schooling For Children Facing Eviction? →