Australian Bushfire. The Dreadful Face of the Climate Change.

Australia has been struggling with drought for a number of years. Members of the Society in Australia have been supporting individuals and families whose livelihoods have been destroyed by record-breaking hot, dry conditions.

Now, the fires have hit and an already drought ravaged nation faces a new challenge, of unprecedented scale and scope. 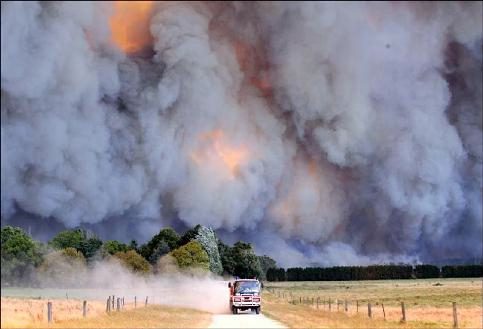 The unique Australian environment and biodiversity, and the industries it fosters (including food and wine production and tourism), have been hit hard by the bushfires – and it is only one month into summer.

Some human lives have been lost, and over 500 million animals have perished – it is believed that entire species will become extinct as a result of these fires. Entire towns have been wiped out. It is expected that significant illnesses, and even deaths, will occur over the coming months and years as a result of the ash and smoke that people are breathing in, with fires in some areas burning for over a month already.

People already living in poverty in some areas, including some Aboriginal communities, have now lost everything. Other people who have never had to ask for help must now rely on charities and the kindness of strangers to find somewhere to live, food to eat, clothing and other necessities. There are mass evacuations occurring, with the populations of some towns being forced by the fires into the ocean and requiring evacuation by air or by navy ships – this is a new experience for Australia.

The St Vincent de Paul Society stands ready to help people rebuild their lives. Our presence in communities around Australia enables us to respond effectively and compassionately in times of crisis. The Society will help affected people with material assistance – food, clothing, furniture, bills – and personal support, both now and in the medium- and long-term as they try to recovery financially and emotionally from the trauma of this crisis. As well as working hard to help those in need, many Vincentians in Australia have been or will be personally affected by the fires, with homes and businesses under threat.

This disaster is a stark and tragic reminder of the importance of caring for our environment – and the disaster that awaits us if we don’t. Our neighbours in Oceania have already experienced the devastating effects of climate change as their homes have disappeared into the ocean – these tragedies will continue around the world if governments and societies fail to act to protect the Earth, and we know that those already living in poverty will continue to be the hardest hit.

All funds raised will be distributed by Australia’s National Council to the areas where Vincentians need support to help those suffering.