December 8: First Association of Ladies of Charity in the U.S.

December 8 is the anniversary of the first association of Ladies of Charity in the United States, in St. Louis, Missouri.

The Panic of 1857, caused by unsound banks and depressed prices for farm products, caused a depression that was to continue until the outbreak of the Civil War. There were many hungry poor in St. Louis, and the new association found its services to be much in demand. In order to raise funds, the Ladies asked the Strackosh Opera Troupe to give a benefit matinee performance, the first of its kind in St. Louis, at Mercantile Hall.

Besides visiting the poor sick in their homes, the Ladies of Charity of St. Vincent’s Parish assisted the Daughters of Charity, who came to the parish in 1859 to staff the House of the Guardian Angel for orphan girls.

Read the story of Catherine Harkins in this SlideShare: 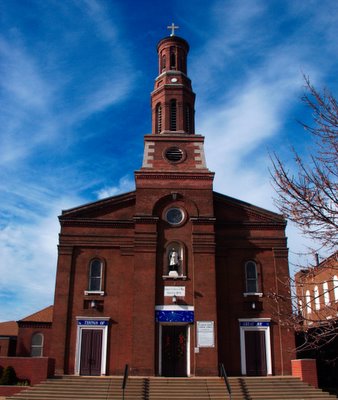 Saint Vincent de Paul Church, in Saint Louis, Missouri was built in 1844 by the Congregation of the Mission and is still staffed by them. It is one of the oldest Catholic churches in the City of Saint Louis. Photo: romeofthewest.com