“We Go Out to Look for our Brothers on the Streets, Like Jesus With the Missing Sheep”

During the cold nights of Bogotá, you can find groups of six people looking for the more than 9500 rough sleeps which, according to government data, sleep on the streets of the Colombian capital. Under the coordination of Sister Nohemy Sánchez, the Daughters of Charity and lay people have been working for 22 years with the poorest of the poor in a country marked by internal armed conflict and inequality. The groups go out to look for those who Sr. Nohemy calls “our brothers on the streets.” The groups are made up of Daughters of Charity, postulants and lay people from the Miraculous Medal Association, who want to offer them company and hot food. “We go out to look for our brothers like Jesus with the missing sheep, to listen to them, become their friends so they can teach us about God,” Sr. Nohemi explains. “The lay people tell us that the poor are the ones evangelizing them.” In the beginning, the work was done alongside the Vincentian Marian Youth, “but they have grown up.” 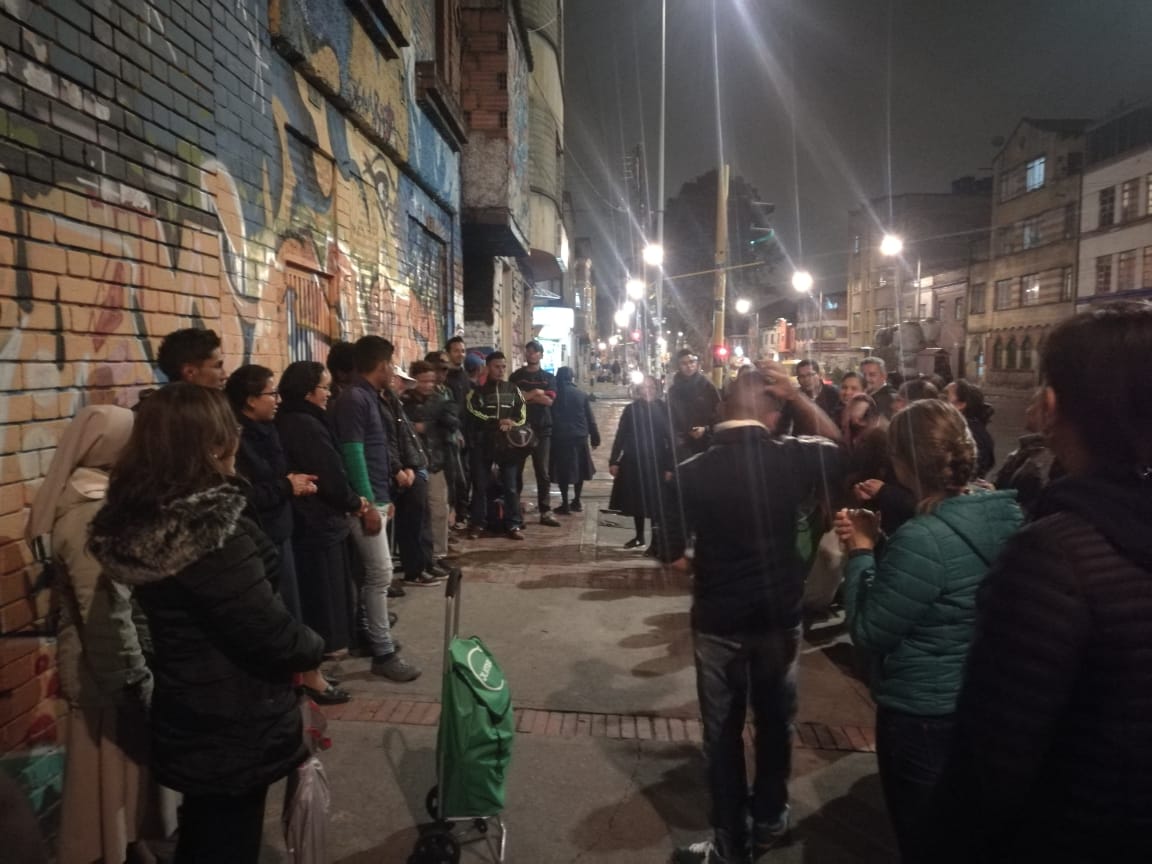 “This is truly a training school for many people, the postulant come along side us so they can realize the doctrine,” says Sr. Nohemy “it is vital going to the poor because so many people are suffering. Colombia is a drug-producing country, but also a consumer.”

The Provincial House of the Daughters of Charity is also a day centre from Monday to Saturday called “Miraculous Medal Ambulatory Centre.” “Before anyone comes in, we confiscate drugs and weapons,” Sr. Nohemy explains. Once inside, guests can take a shower and, when possible, receive some clothes. “But they also have to earn it, we ask them to clean the dining area where they have lunch so it is dignified, as they deserve.”

The National Learning Service, a public body, goes to the house to organize workshops on life skills and money management. The Daughters have also manged to get the government to support access to health services for their beneficiaries.

But treating addictions in Bogotá is not always easy. For that reason, for the last 12 years, the Daughters have also run a “Community of Dialogue” outside of the city. In groups of 10, beneficiaries live in an old livery donated by a partner of the Daughters, where they apply the Ecclesiastic- Vincentian Therapeutic Model.

Inspired by the work of the Italian priest Father Matteo Tagliaferri, Sr. Nohemy spent three months in Italy learning about this approach, which combines psychological, humanistic and pedagogical attention with evangelization. “I needed a model that contained the Vincentian essence, and I found it with Fr Matteo.”

Beneficiaries are supported by a social worker and a occupational therapist. Sister Nohemy, a nurse by training, also supports them with therapeutic and spiritual support. The motto of the Community is, “To love somebody means to tell them you will not die.” “It is crucial that they feel it when they say it, that it comes from the heart,” emphasizes Sr. Nohemy.

More than 30 people have already gone through the Community and some of then have gained scholarships to go to University. “The academic side is also apart of this holistic approach.” Now the pioneers are becoming leaders.

Sister Nohemy has explained her approach in meetings organized by the Pontifical Council for the Pastoral Care of Migrants and Itinerant People and even to Pope Francis in person.

All this work has recently been recognised by Bogotá City Council, but the Daughters need more support. The La Milagrosa province of Bogotá has merged with the Venezuelan province due in the dire situation of the neighbouring country, augmenting the need. Please, the lease of the estate where the Community of Dialogue is based runs until May 2020.

They are looking for a new place to keep this work going. “I have a dream, of finding a place in the countryside, self-sufficient, with a chapel where the guys could pray, play sports and where lay people could organise retires. I know this is a dream, but all this work seemed impossible at the beginning”.

You can read more about this work on Sister Nohemy’s testimony (in Spanish).