Very sad news came from the Province of Puerto Rico. On Saturday morning, August 17, doctors in San Cristóbal de Ponce Ciudad Señorial Hospital in Ponce, Puerto Rico declared Fr. Stanislaw Szczepanik, C.M., brain dead.  He was a missionary born in Poland ministering in Puerto Rico for years. The day before, August 16, he was found on a street unconscious and with several wounds. There were no witnesses. An anonymous person called emergency services to report the accident. An investigation is under way. 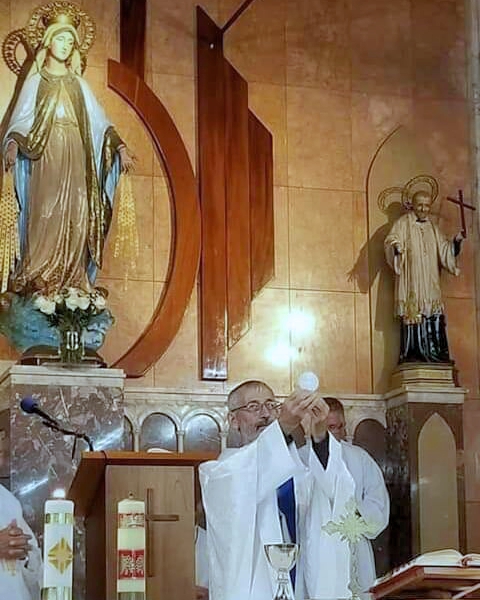 Last Supper of Father Stanisław Szczepanik. Photo shot during the Eucharist at the church of Milagrosa, Ponce, on the feast of the Assumption 2019

Father Stanislaw had worked in the parish of the Holy Family in Manati for last three years. He came to Ponce for two weeks to help the confreres in the parish of Milagrosa, where on the unlucky Thursday he had to celebrate Mass in the morning at 6 am. A day before, the feast of the Assumption he celebrated the Eucharist in the Milagrosa church. (Pictures in this story were taken during that Mass). The exact date of the incident is not known. According to police information, the priest was found lying unconscious next to his bicycle on the Paseo Linear promenade where he liked to do morning rides, just like other priests. He had no documents, money or cell phone with him because he left them at home. The police were notified about 5:20 am by an anonymous person who saw the priest on the promenade.
According to the first police report from of the scene of the incident, priest’s injuries were typical of traffic accidents. When he was taken to the Pavia (Dr Pila) de Ponce clinic an extensive diagnosis was made, which showed numerous injuries (including lacerated wounds reported by the local press), an open head wound and other skull fractures in the occipital region that could indicate the involvement of third parties. The police initiated an investigation into a case conducted by the local Homicide Department in Ponce. At present, however, an unintentional accident is cited as the cause of the incident. It was decided to perform an autopsy at the local institute of forensic medicine on Monday, August 19, expecting it would clarify either it was an accident or the actions of third parties. The police did not give any other details.
After being transported to the hospital, Father Szczepanik did not regain consciousness. Therefore, on Saturday, August 17, a council meeting was held before noon, which confirmed the death of his brain. According to the will he had expressed earlier, his organs were then taken for transplantation. It was also the will of the priest that his body be cremated and buried in Poland.
Father Stanisław Szczepanik was born on Feberuary 4, 1956 in the village of Smarżowa near town of Brzostek, along the road form Krakow to Tarnow in Southern Poland. He was received to the Province of Poland of the Congregation of the Mission in 1981. He took his vows on December 8, 1983 and was ordained a priest on May 25, 1985 in the Vincentian Seminary Church at Stradom in  Krakow by Msgr Kazimierz Górny, then the auxiliary bishop of Kraków.
In first two years as a priest he was assigned to minister in parish in Witoszyn in Western Poland and next in Grodków, in the diocese of Opole. In 1986 he was sent for the mission in Zaire, currently Democratic Republic of Congo, where a group of Polish Vincentians was already present for couple of years. First he worked as missionary and few years later he became Spiritual Director in the seminary in Kinshasa. Due to political situation in the country most of the Vincentian missioners fled from DR Congo in 2000.  Fr. Stanisław and Fr. Jarosław Lawrenz moved to Haiti to establish a Vincentian mission there. In 2004 he left for Dominican Republic. In 2008 he was appointed the Director of the Daughters of Charity and moved again. This time to Puerto Rico. In 2011 he returned to Poland. First he worked in the Holy Family parish in Tarnow and a year later moved to Vincentian seminary in Krakow where he became Spiritual Director and lead the foreign missions secretariat of the Province of Poland. In 2013 Father came back to Puerto Rico. This time he was assigned to the parish in Ponce and next to Manati. 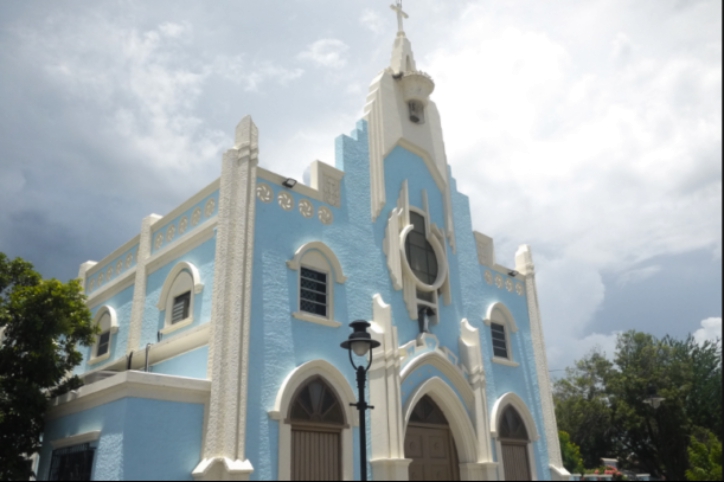 Church of Milagrosa in Ponce where Fr. Stanislaw was expected to celebrate the early morning Mass on Friday.

“Above all, Fr. Stanislaus was an open man, always looking for the best solution for the good of the other. He was very hard-working and very demanding of himself. He always wanted to be well prepared for his function”. – his Confrere and collaborator Fr. Jaroslaw Lawrenz, C.M. recalls him in an interview for VaticanNews – “I remember as he finished his work in the countryside and was asked to take over the spiritual direction of the seminary in Kinshasa. Then he asked his superiors to send him to the college. And in Paris he completed some spiritual studies at the Jesuits. When he was walking into the bush, he learned the local language so that he could communicate with the people who were entrusted to him. I remember when in 2000 we went to Haiti together, he took care of the seminarians at the beginning stage of their formation. The first thing he did to prepare these people for the priesthood and open them to the meaning and richness of their vocation was the Word of God and the liturgy. The  Eucharist was very important for him.  I think whoever remembers him at that time  he will indicate how important the chapel was in his life. For him, the place where he met with the Lord was very important. He always appealed to the grace of the Lord. He used to say, if God sent us here, and if God wanted us to be here, God would help us.”

He was a great priest, a zealous minister of the Eucharist, a promoter of the Divine Mercy devotion and dedicated to its cult. A man of deep inner life,” his Confreres from the Puerto Rican Province say about Fr. Stanislaw, “Departing in such a sudden way, he left a legacy of love for God, love for the Poor… a tireless worker, carpenter, first-rate cook, but above all, a great priest always ready to live his priesthood for the sanctification of the faithful. He was a great confessor and spiritual director, Director of the Daughters of Charity in Puerto Rico and spiritual guide of many souls nourished by his wise advice,  a seminary formatter  and the Internal Seminary director, a promoter of numerous vocations.
Msgr Daniel Fernández Torres, Bishop of Arecibo addressed his faithful in the local daily “El Nuevo Dia” asking for  prayers for the intention of the late Fr. Stanislaw: “With great consternation we received this tragic message. Therefore, we ask the People of God to join us in praying for the eternal rest of Father Stanislaw Szczepanik, Vicar of the parish of the Holy Family in Manatí, with the hope of the Risen One who does not leave those who serve him.” 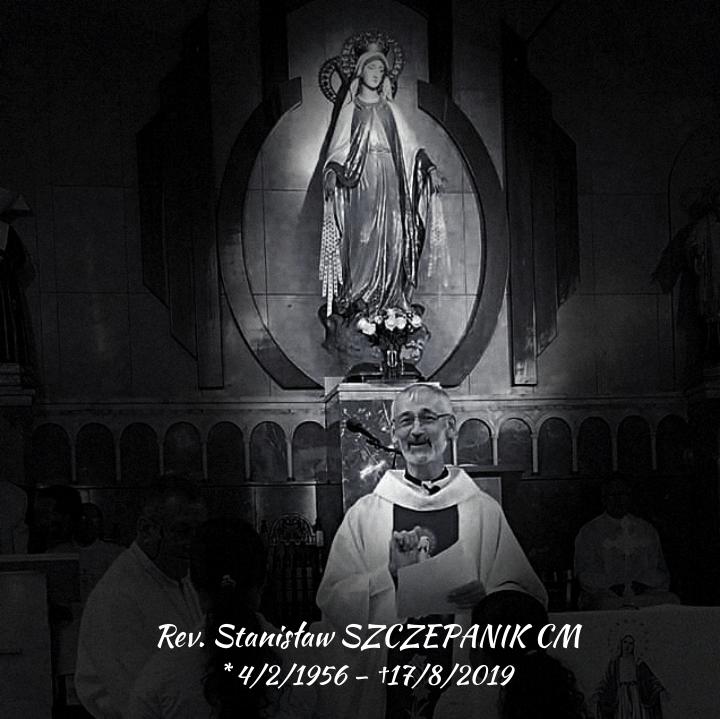 Tags:
← August 23: First Confraternity of Charity (Ladies of Charity) Healing The Wounds That Bind Us, Our Daughters Of Charity Blueprint At St. Francis Xavier 1863 →