Human Trafficking Addressed in Multiple Ways at the UN Recently

Although many may think the phenomenon does not happen in their neighborhood, human trafficking is prevalent, though often hidden, everywhere.  It could be a young girl baited by a young man who raises her hopes of finding love; a man who migrates from a rural area with his eye on a mining job, but winds up working for extended periods of time without pay; a woman lured to another country by the false promise of marriage; a young woman ensnared in sex trafficking through assurances of a better life; or a child sold as a laborer by his family living in poverty, for the sake of income. 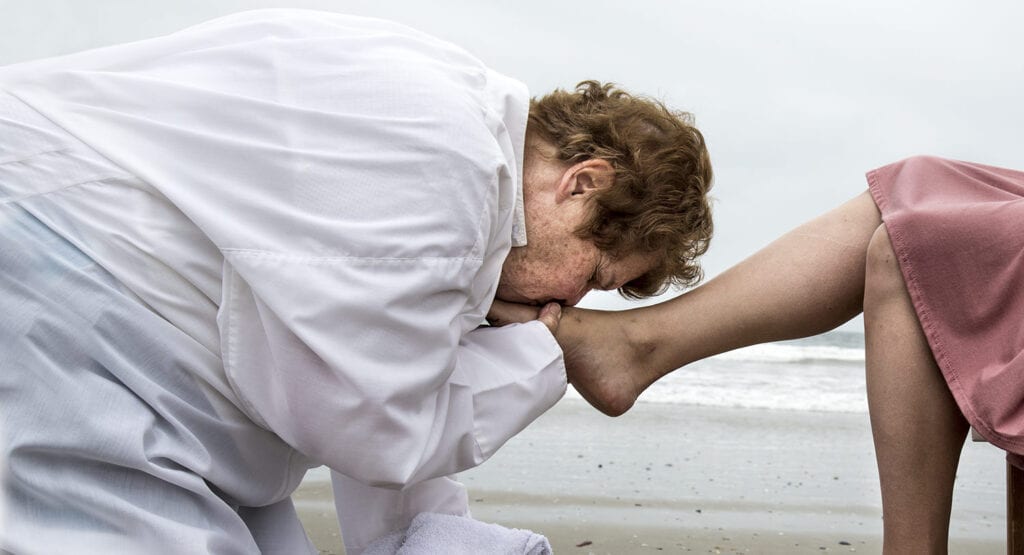 The theme of this year’s World Day to End Trafficking in Persons was: “Human Trafficking: Call Your Government to Action.”   Despite many efforts to halt the assault on dignity that is human trafficking, and regardless of the fact that many governments have anti-trafficking legislation in place, victims continue to suffer while traffickers experience impunity.  Thus, governments and all are challenged to take stronger actions, such as raising more awareness, collecting stronger data, addressing systems supporting trafficking, stepping up efforts to protect victims, prosecuting perpetrators, and more. 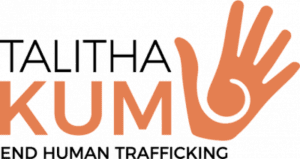 Last Monday, July 29, Talitha Kum celebrated its 10th anniversary with events sponsored by the Permanent Observer of the Holy See to the United Nations and the Galileo Foundation.  In addition to a panel of speakers, activities included a reception and a photo exhibit entitled, “Nuns Healing Hearts,” by Lisa Kristine, of the Human Thread Foundation.  Panelists spoke on the topic, “Faces in the Fight Against Human Trafficking.”

Talitha Kum is an international network of nuns and sisters whose purpose is ending human trafficking.  The organization includes over 2,000 sisters from 77 countries on 5 continents.  Sr. Gabriella Bottani, SCM, serves as leader of Talitha Kum. 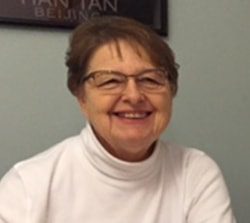 DAUGHTERS OF CHARITY PARTICIPATE ON PANEL AT UN CHURCH CENTER

Sr. Michelle Loisel, DC, participated on a panel of speakers at the United Nations Church Center on Tuesday, July 30.  The panel was entitled, “Strengthening Connections to End Human Trafficking (an interactive dialogue with Talitha Kum, US Catholic Sisters Against Human Trafficking, and NGOs at the UN).  Sr. Michelle was invited to offer her perspective on ways in which collaboration between those working at the grass roots, local or regional levels; NGO representatives at the United Nations; and Talitha Kum can be enhanced in fighting human trafficking. Michelle serves as Coordinator of Provincial Response to Migrants and Issues of Modern Human Slavery for the St. Louise Province of the Company of the Daughters of Charity in St. Louis, Missouri.

On World Day Against Trafficking in Persons, a photo collection featuring the efforts of sisters worldwide to end trafficking in persons, by Lisa Kristine, was exhibited at the United Nations Glass Palacein New York.   Archbishop Bernadito Auza, Permanent Observer of the Holy See Mission to the United Nations, presented more than 20 images featuring sisters who are part of Talitha Kum engaged in their work to end human trafficking.   Pope Francis had viewed the display on May 10, ahead of a meeting engaging over 800 leaders of sisters’ congregations.  The photographs were funded by the Galileo Foundation, and supported by the Migrants and Refugees Section of the Dicastery for Promoting Integral Human Development, as well as members of Talitha Kum.  Sister Bottani had previously commented that the pictures are of hope, and that they open a window to the sacred and the beauty that illuminates and sustains our humanity.

To read about Talitha Kum and Nuns Healing Hearts, go to this link: https://nunshealinghearts.org/

BRIEFING ON 2019 TRAFFICKING IN PERSONS REPORT 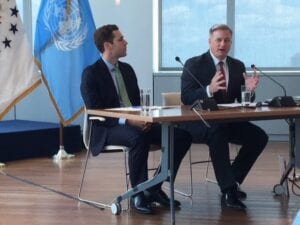 US Ambassador-at-large to Combat Trafficking in Persons, John Cotton Richmond, on Wednesday, July 24, provided a briefing at the US Mission to the United Nations on the 2019 Trafficking in Persons (TIP) Report, which was just released in late June. The TIP Report reflects efforts in 187 countries to meet minimum standards to address trafficking in persons, with a focus on protecting victims, prosecuting perpetrators, and preventing trafficking by dismantling systems which support the crime.  This year’s report also includes a section on anti-trafficking heroes and heroines.  The annual TIP Report is mandated by the Trafficking Victims Protection Act (TVPA).

Global estimates reflect that there are approximately 24.9 million trafficking victims, the Ambassador said. This year’s TIP Report focuses on activities to combat trafficking within countries, as opposed to transnationally, because an estimated 77 percent of traffickers are exploited within their own country, he noted.

The TIP report features four tiers:  1, which includes countries fully complying with TVPA’s minimum standards; 2, nations that don’t fully comply with TVPA’s minimum standards but are making significant efforts to do so; a Tier 2 Watch List; and Tier 3, which includes countries not meeting minimum standards and not making efforts significant to achieve them.  The Ambassador noted that being placed in the top tier does not mean a country has no human trafficking issues or that it has done a sufficient amount to combat trafficking.  Countries must show appreciable progress in addressing trafficking each year to stay at that level.   Those falling into Tier 3 could be subject to restrictions on non-humanitarian, non-trade related US foreign assistance.

The TIP Report can be accessed by clicking the picture below. 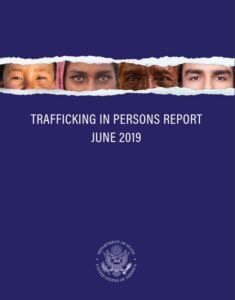 A disturbing trend which can affect human trafficking is the discussion or movement to decriminalize “sex work” in some US states.  If approved, these proposals could lead to more exploitation and human trafficking.  Proponents would do well to check out Germany and Netherlands, where, after decriminalization, there has been an increase in undocumented immigrants in prostitution. One has to wonder how many of them have been trafficked.