Following the example of the young founders of the Society of Saint Vincent de Paul and of Sr. Rosalie Rendu, DC, the Society and the Daughters of Charity continue walking the streets with the intention of helping those who are most needy. Today, following the example of the founders who ministered in the Parisian district of Mouffetard (where 185 years ago they began the first conference of charity), the members of the Society work in those areas of Madrid where the homeless are less served.

Since the beginning of 2019, the members of the Society of Saint Vincent de Paul and the Daughters of Charity have taken to the streets to develop this new initiative that unites them, wanting also to involve the rest of the branches of the Vincentian Family. That is why the project is part of the Vincentian Family Homeless Alliance.

“Together, in fidelity to the Vincentian charism, we build a strong network that promotes and supports new services for homeless people.”

According to the first census conducted in the city of Madrid, there are approximately 2,600 people living on the streets. The majority of these individuals have recourse to the municipal hostels where they are able to spend the nights; but, according to a study conducted by the Madrid government, almost a thousand sleep on the streets.

This Vincentian project was officially presented on Thursday, May 9, the feast of St. Louise de Marillac. This was done before the celebration of the Eucharist in the Basilica of the Virgin of the Miraculous Medal and during a meeting in the house of the Congregation of the Mission in Madrid. Members of the Conferences and the Daughters of Charity joined together and within the framework of the Vincentian Family Homeless Alliance (the 13 houses campaign), they attempted to respond to this inhuman reality reality. Through establishing networks with other individuals it is hoped that they will be able to accompany people who have no access to housing. 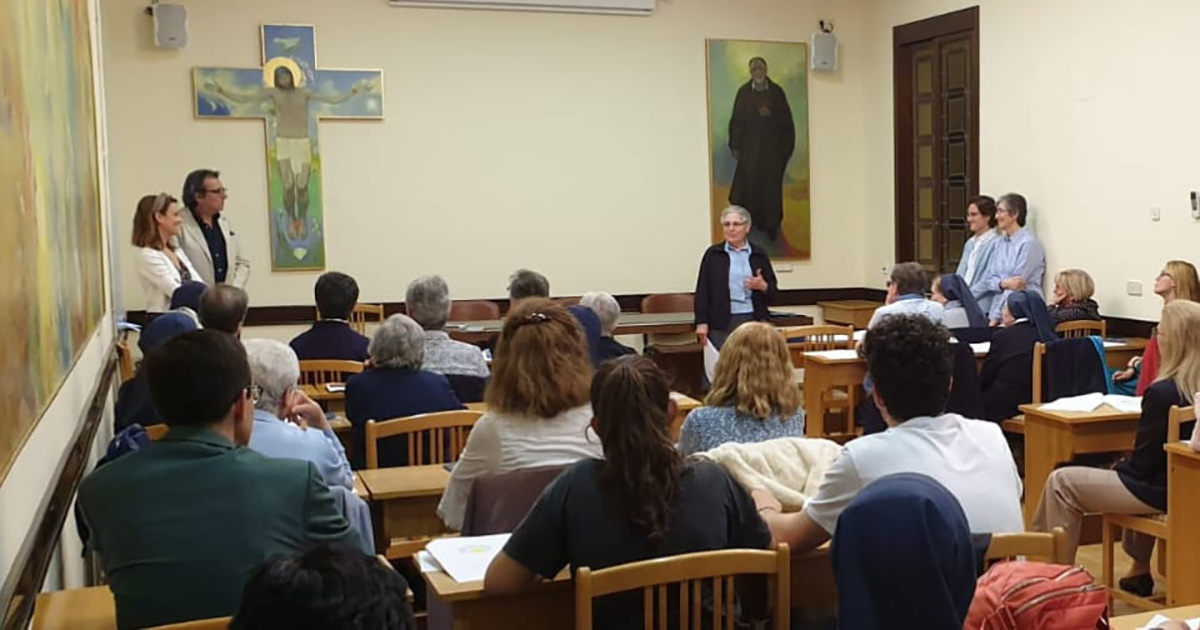 Presentation of the “Street intervention project for the homeless”, in Madrid, on May 9, 2019.

“Our vision is for everyone to have a place that they can call home and thus, able to participate actively in their community.”

One of the priorities is to build a strong network among Vincentians who are engaged the struggle against the present situation of homelessness and, in fidelity to our Vincentian charism, to promote and support the growth of new and innovative services.

The main objective of this project, which is based on the Encyclical “Laudato Si” of Pope Francis, is to fulfill the call of the FHA, which aims to restore dignity to those persons who have been abandoned. According to our charism, it is necessary to offer individualized attention to people who are homeless and, therefore, volunteers from all branches of the Vincentian Family are asked to provide this service in the spirit that our saint patrons Saint Vincent, Saint Louise and Blessed Ozanam have taught us.

In the beginning, we will work in two neighborhoods, Guindalera and Chamberí-Tetuán … our hope is that this project will eventually be extended throughout all of Spain.

Download the informative brochure (in Spanish) by clicking here.