“We had a longer break this year and I wanted to help those that needed it. You always hear about the floods and see it, and then it goes away, but here, we actually see how it affects people, so I wanted to help.” – Sara Braun, 21-year-old early childhood and special education major at NU 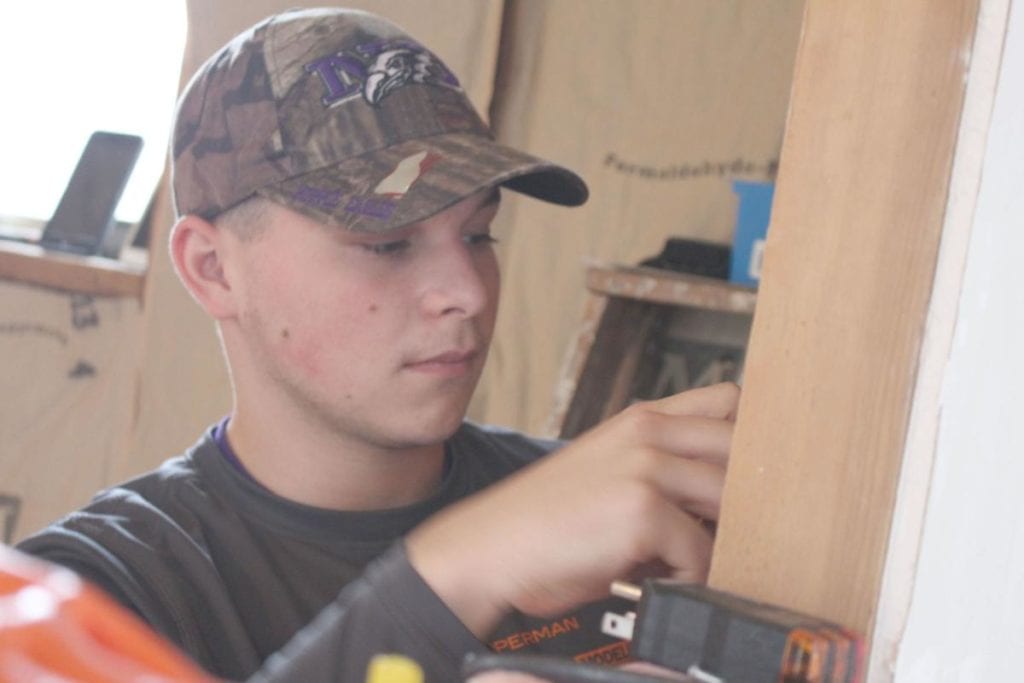 Holiday Lakes, Texas — Six to 8 inches of water might not seem very deep, but when it gets into a home and stays there for several hot, humid days, it can destroy everything.

She’s been staying on and off with different relatives and friends since the storm while doing what she can to get government assistance to rebuild her home. Meanwhile, the mobile home has been sitting, rotting with mold, with no floor and a broken septic system.

Then last week, God sent some helpers for her and other Brazoria County residents still struggling to recover from Harvey.

“It’s hard living here and there, not sleeping in your own bed,” Vasquez said. “And there are obstacles. The kind of obstacles the USDA gave me. It’s difficult. But I’m so glad for the volunteers here doing everything because they really don’t have to.”

Catholic Charities, a religious nonprofit whose mission is to reduce poverty in America, partnered with the Archdiocese of Galveston-Houston Mission Council, Most Holy Trinity Catholic Parish in Angleton and several other parishes to identify neighborhoods that still need rebuilding from Harvey. On that list is Holiday Lakes and another neighborhood in West Columbia.

Not everyone qualified for assistance from federal programs, or they would receive a fraction of the money they needed to get back on their feet. Vasquez received payments of $500 and $800, all of which went toward rebuilding. But the damage to her home was too extensive to make much of a dent in rebuilding. 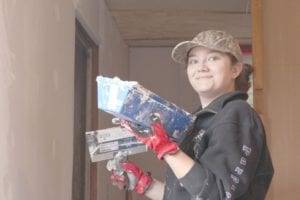 The organizations were able to reach out to other religious groups around the country to ask for help, including campus ministries at Niagara University in Niagara Falls, New York. About 40 students from that college came to Southeast Texas, with half helping on projects in Houston and the other half in Brazoria County.

“We had a longer break this year and I wanted to help those that needed it,” said Sara Braun, a 21-year-old early childhood and special education major. “You always hear about the floods and see it, and then it goes away, but here, we actually see how it affects people, so I wanted to help.”

Another early childhood and special education major, 19-year-old Zac Zajac, said working on the house has been a bittersweet experience.

“We obviously got a lot done, but it shows how much we still have left to do,” Zajac said Wednesday afternoon. “It’s just crazy to think there’s so many places that got hit like this. It’s very eye-opening.”

Groups from different schools have been coming down for about one week at a time. Niagara University students will finish their part of the project Friday. In the meantime, Catholic Charities will be looking for more volunteers to help families get back into their homes over the new few months.