Discovered Portrait of One of the Founders of the Society of St. Vincent de Paul

With immense joy, the SSVP Council General International reports that we have just obtained a portrait of the founders Félix Clavé. The illustration is inside a book from 1851, written by the chronicler Maurice-Oscar Honoré de Bourzeis, from France. 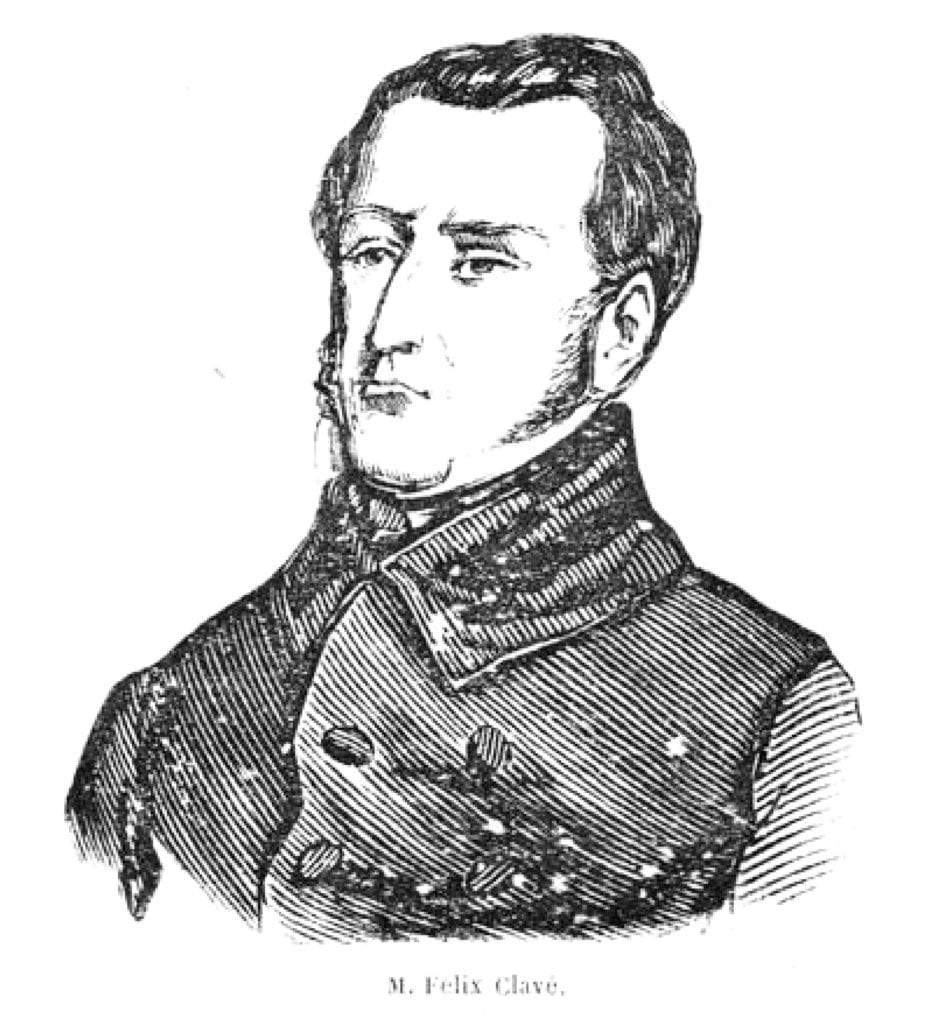 Pierre-Emmanuel-Felix Clavé was born on July 8, 1811, in Toulouse (France), and died on November 9, 1853, in Pau (France). Clavé was one of the seven founders inspired by God to found the Society of Saint Vincent de Paul in 1833.

The Council General International wants to thank from the bottom of the heart the brother Adenilton Moreira, 30 years-old, resident of the city of Conselheiro Lafaiete (Minas Gerais – Brazil), for the discovery of the drawing of Felix Clavé. He has been a Vincentian since 1999, and currently participates in the Conference of Our Lady of Fatima.

“I was investigating Lallier’s life, because I participated in the international contest, looking for the photos, drawings or images of the all founders, but I did not find anything about Clavé. Researching on the internet, using the appropriate keywords, I came to Bourzeis’s book, which brings an image of our founder on page 24. From there, I got in touch with our brother Renato Lima, who was speechless,” Adenilton explained.

The discovery of Clavé’s portrait is a gift from God for the SSVP. “We are very happy at the discovery of the image of Clavé, the only founder of whom we did not have any illustration or drawing. I have no words to describe my joy, given us by Divine Providence, for the entire international Vincentian community, that true gift. Now, the photo gallery of the seven founders is complete,” said Renato Lima.

Of the seven founders, Clavé is the least known. He went to live in Paris in 1831, when he met Ozanam and Bailly de Surcy, and belonged to the Conference of Charity. With the unfolding of the first Conference, Clavé was the first president of the Conference Saint Phillipe du Roule, created in a neighborhood of Paris. Clavé was a man of letters and laws. He published several works, including a collection of poetry (1836) and a book on Pope Pius IX (1848).

He worked in Algeria and Mexico. He married in 1847 in the Parish of Our Lady of Lorette (located a few meters from the current headquarters of the Council General International). He did not have children. His name was unjustly involved in a legal case, being the object of blackmail and false accusations, strongly affecting his reputation. Because of the arbitrariness that he suffered, his health was weakened, which contributed to his death unfortunately very early, at 42 years of age, just two months after the death of Ozanam.

Clavé was an honest person and never renounced his faith, despite all the insults and slander suffered. He will always be remembered, in the history of the SSVP, as one of the seven founders. In 2020, the Council General will declare the “International Thematic Year of Felix Clavé” and Vincentians from all over the world will have the opportunity to study and learn more about the life and work of this founder.

Tags: Felix Clave
← The Pope Video • In the Service of Peace Sr. Carol Keehan to Retire as Head of Catholic Health Association Next June →