News from Mexico: the Aftermath

In recent days Mexico has confronted the power of nature and we have witnessed this tragedy unfold and we have also experienced the solidarity of the people of Mexico. Father José de Jesús Plascencia Casillas, CM, Visitor of the Province of Mexico, has sent us the following report about the situation of the Missionaries and the Vincentian Family. We clothe ourselves in the words of our teacher, Jesus: Come and work in my vineyard. At this time we view those words as a special invitation that is extended to all the members of the Vincentian Family to work together on behalf of the Mexican Church which today is suffering as a result of the nature’s unpredictable power and strength. Recently, various countries have experienced that power and strength, the Caribbean, the United States, and today, our beloved Mexico.

With regard to Mexico … in the period of one month, Mexico has experienced the power of hurricane Lidia which struck the peninsula of Lower California and hurricane Katia which affected and caused great damage in the states of Chiapas, Oaxaca, Tabasco, Veracruz and Puebla.

On September 7th, an 8.2 degree earthquake struck the states of Chiapas, Oaxaca, Tabasco, Veracruz, Tlaxcala, Guerrero, the state of Mexico and Mexico City. This earthquake was felt in Guatemala, El Salvador, Honduras, Nicaragua, Panama, Costa Rica and Ecuador. The damage was more extensive in the states of Chiapas, Oaxaca and Tabasco: ninety-one people were killed, thousands of homes damaged or collapsed and more than one hundred churches have seen large cracks in their walls. More than two thousand aftershocks followed … the most serious registering 6.1 degrees. Just as the Vincentian Family began to mobilize itself to support these various communities another tragedy struck.

On September 19th, as the people of Mexico commemorated the thirty-second anniversary of the 1985 earthquake that caused thousands of deaths and incalculable damage, a 7.1 degree earthquake (the epicenter was located in the state of Puebla) once again moved the earth under the feet of the Mexican people.

After the earthquake I was able to communicate with all the local communities of the Congregation of the Mission and with the Visitatrix of the Daughters of Charity (Sister Alicia Margarita) as well as with some members of the Vincentian Family. There is no doubt that people were started and anxious as these events unfolded. I am able to say at this time that the Missionaries in the areas most affected (Mexico City, the state of Mexico, Puebla, Morelos, Veracruz) are all safe. Sister Alicia has told me that all the Daughters are likewise safe and working with the victims of this catastrophe. I have also been informed that, thanks be to God, no member of the Vincentian Family is among those who lost their life.

We have cancelled the meeting of the Vincentian Family that was scheduled to take place in Valle de México (September 23rd) in order to be able to collaborate together in relief efforts. This has involved the following: members of the AIC are working with victims in shelters, members of the JMV are gathering together first aid material and other necessary supplies, the Daughters of Charity are collaborating with other institutions and serving as nurses, the members of the Congregation (including the seminarists) are helping in the removal of debris and preparing food for those persons involved in rescue operations, the members of the Vincent de Paul Society are supporting those persons who have lost their houses … many other members of the Family are involved in relief efforts and doing so in a very silent manner.

The gestures of solidarity are incredible … from the midst of the ruins people have come forth to reveal the greatness of their heart: people have become involved in numerous search and rescue efforts as well as in service projects that involve distributing food to the first responder, to doctors and nurses who are ministering to people on the streets.

With regard to the property/housing of the Missionaries I can report that some of the churches have been damaged and the walls are cracked. At the present time, it has been reported that throughout Mexico some 250 people have died, 2,224 schools have been damaged, 49 buildings have collapsed and countless homes, churches and businesses have been severely damaged. 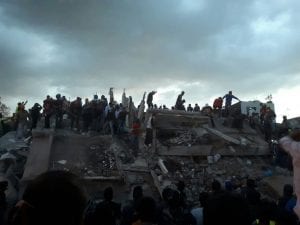 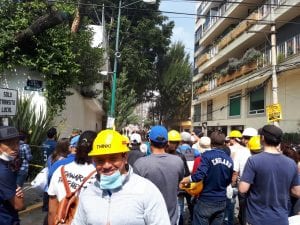 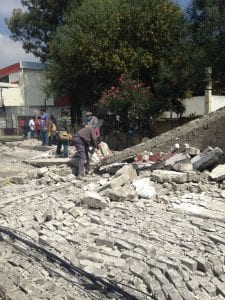 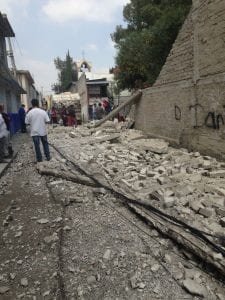 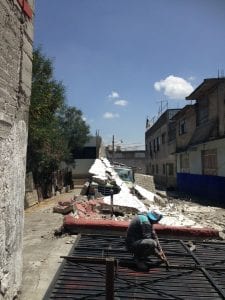 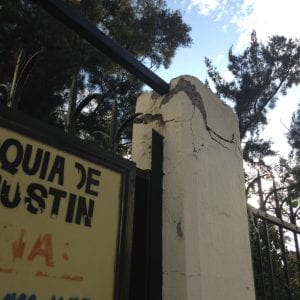 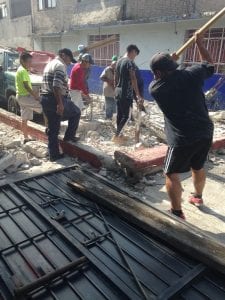 Tags: Mexico
← To Comply with the Precepts or to Be Truly Christian • A Weekly Reflection with Ozanam Petty and Narrow Self-Interests →