Provincial Councils of Slavic Provinces of the Daughters of Charity Met in Celje, Slovenia

On October 20, the members of the provincial councils of the Slavic Provinces of the Daughters of Charity held joint meetings at Saint Joseph’s House in Celje, Slovenia. At that time the participants introduced themselves to one another.

The members of the various provincial councils were joined by the provincial directors.  The participants represented Poland, Slovakia, Croatia, Kosovo and Albania. The meeting was also attended by the major superiors from Paris: the Superioress General – Sr. Kathleen Appler, the director general, Fr. Bernard Schoepfer, the general Councillor for the Slavic languages, Sister Hanna Cybula, and the Superior General of the Congregation of the Mission, Fr. Tomaž Mavrič.

On the first day, each province presented an outline of the various services that are being provided to those persons who are poor.  Special attention was given to the mission in Eastern Europe, that is, in the countries of the former Soviet Union: Ukraine, Belarus, Russia and Kazakhstan; the Daughters from Poland and Slovakia minister there.   After these presentations, Superioress General, Sr. Kathleen Appler addressed the participants and encouraged all to engage in a radical following of Christ and to serve those persons living on the fringes of society. Thus, the following of Jesus Christ should be seen as an invitation to continually return to the Gospel and to opt for a lifestyle that will enable all the Sisters to draw closer to those who are excluded from participation in society and who suffer from various forms of violence.

In the afternoon all the members participated in a special Eucharist on the occasion of the celebration of Mission Sunday.

On the second day, the Director General, Fr. Bernard Schoepfer, reflected on the parable of the Good Samaritan and affirmed the words of Sr. Kathleen with regard to the need for a radical following of Jesus Christ.  Later that day, the participants joined the members of the local community as they engaged in various ministries.

On the third day, the General Superior, Fr. Tomaž Mavrič, addressed all the participants and spoke about the mysticism of charity.  He encouraged everyone to promote collaboration among the various branches of the Vincentian because it is only then that the voiceless are given a voice and the present situation of poverty and misery becomes transformed and changed. He also challenged us to be mindful of the celebration of the 400

These three days together enabled us to share our various experiences and in doing so we felt encouraged and challenged to move forward in our ministry on behalf of those less fortunate members of society. 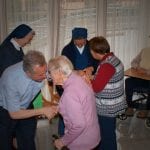 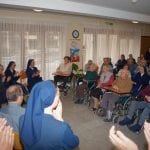 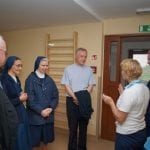 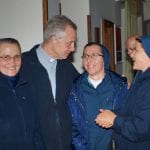 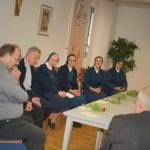 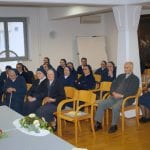 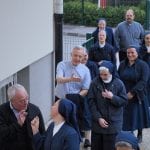 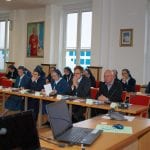 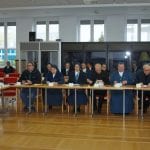 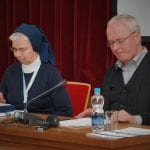 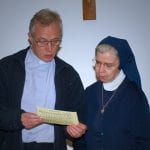 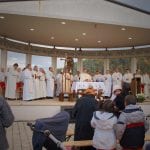 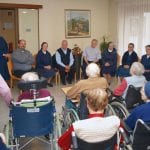 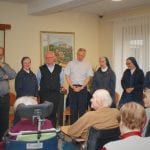 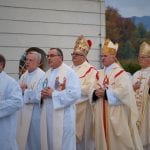 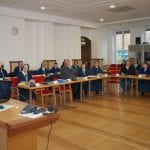 Tags: Daughters of Charity
← Eucharist and The Need for Change Lost and Found →