The central event in the Year of Collaboration for Vincentian Family in Croatia was the meeting held on 16th January 2016 in Spritual-Educational Center Mary’s Court Lužnica (Zaprešić). Joining the members of the six Vincentian branches present in Croatia (Sisters of Charity of St. Vincent de Paul – Zagreb, Daughters of Charity, Congregation of the Mission, Society of St. Vincent de Paul, Sisters of Mary of the Miraculous Medal, Vincentian Marian Youth) there were also members of the Vincentian Families from neighbouring countries Slovenia and Bosnia and Herzegovina. So, in fact, this was also the first meeting of the VF of the three neighbouring countries that share a lot in their culture and history.

At the beginning of the meeting, as a member of the congregation which hosted the meeting, Sr. Miroslava Bradica, superior general of the Sisters of Charity of St. Vincent de Paul – Zagreb, expressed her wish to continue advancing in the direction of collaboration both on the national level, and on the level of the all countries present. She also greeted all representatives of VF families, and especially the superiors of the Vincentian branches: Fr. Pavle Novak, CM, the visitor of the Slovenian CM Province; Igor Pranić, the president of the SSVP Croatia; and Petra Štokić, the president of the VMY Croatia.

Since the Vincentian Family Collaboration Commission (VFCC) held its regular winter meeting in Spritual-Educational Center Mary’s Court Lužnica from 13th to 17th January 2016 members of the VF Croatia had the opportunity to meet the Comission members. This experience proved to be very important for the further growth of VF in these parts of Europe.

Fr. Joe Agostino, the coordinator of the VFCC, spoke about the collaborative aspect of Vincentian mission and about the structure and aim of the VF Office and VFCC. A few Commision members (Mark McGreevy, Renato Lima de Oliveira, Yancarlos de Jesus Carrasco de los Santos) shared their experiences of successful projects taken upon collaboratively by the VF (e. g. in Brazil, Spain, Ukraine, Slovakia). Furthermore, a valuable part of the meeting was the discussion which followed. Questions asked and answers given by the VFCC members clarified some important points of collaborative action and ways of structuring Vincentian families on the national level. 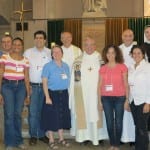 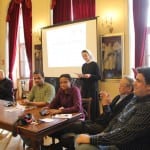 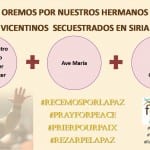 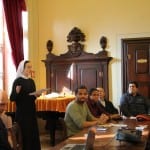 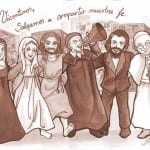 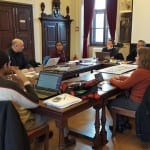