The event will take place on April 23, the day of foundation of Society and birth of Frederic Ozanam

On April 23rd, at 6 PM in Paris, the new world headquarters of the International Confederation of the Society of Saint Vincent de Paul will be officially inaugurated. With the new headquarters, the Society is better prepared to confront the challenges of the future.

The event will be broadcast by Ozanam TV, and will be attended by about 100 guests, including Vincentians, church authorities and politicians. The facilities will be blessed, and the place will be open to the public. 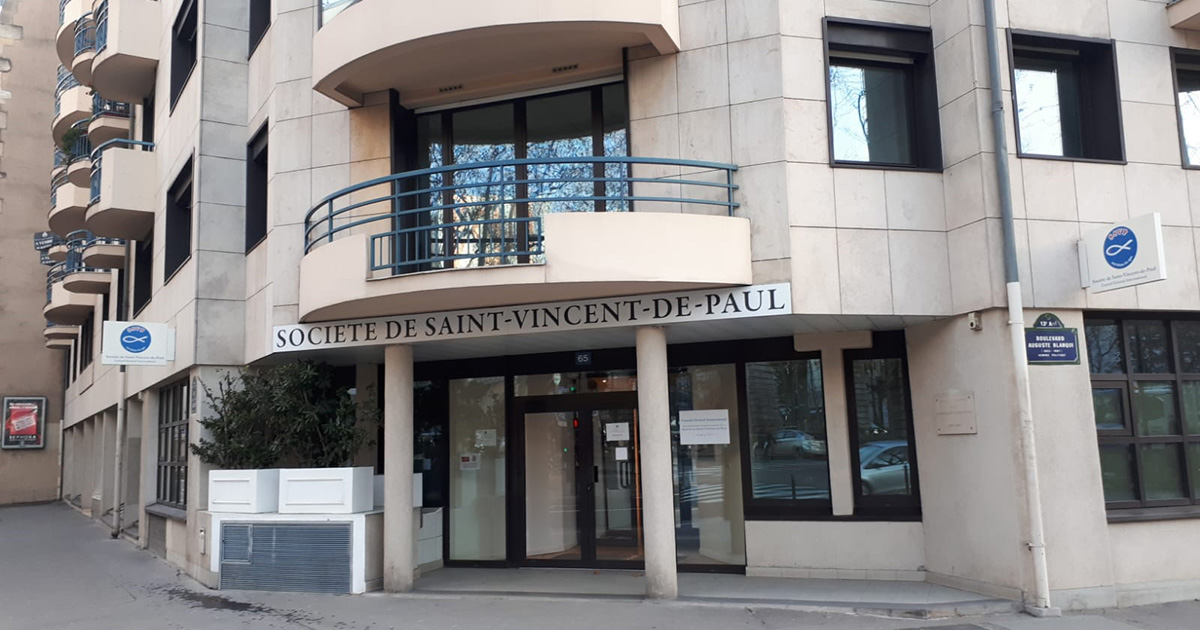 Let us first recall a little of the history. In 2005, the General Council, with the financial help of the countries of the Confederation that formed the “Henri de Vergès” Foundation (7th President General) for this specific purpose, acquired a building of 700 square meters on de Londres Street (9th District of Paris). In 2016, our neighbors submitted a proposal to buy our headquarters.

Thereafter, a Commission was appointed by the 16th President General International, Renato Lima de Oliveira, to analyze the matter. The Commission took two years to evaluate the options in real estate, visiting many places in Paris.

Then, during the Plenary of the General Council in 2019, held in Porto (Portugal), the sale of the building on Londres Street and the purchase of a new building, in Glacière Street (13 th District of Paris) were unanimously approved. Thus, the Foundation “Amim de Tarrazi” (13th President General) was created, similar to the previous foundation. The arrival of the pandemic in 2020 prevented the new headquarters from being inaugurated on April 23rd of that year, which, with the grace of God, will happen now.

The headquarters is modern, twice the size of the previous space (1,400 square meters), and accessible to people with physical disabilities. The building is very well located, close to hotels and restaurants and accessible by public transportation (bus and subway). The structure of the building is recent, from the 1990s, and therefore the costs for eventual repairs should be quite small (which would have been very high in the previous location, due to the age of the building and the needed renovations).

Our current headquarters consists of three floors: the basement (where the SSVP general archives, Ozanam letters and annual country reports are kept); the ground floor (where the general services take place); and the first floor (rented to a private company, ensuring additional income for our Council). The place is secure and has a constant surveillance system.

In the building, we have the following facilities which are fully equipped: pantry and kitchen; winter garden (which will be called “Stéphane’s Garden”, in honor of dear Stéphane Joachim, a staff member who died last January); restrooms; “Amin de Tarrazi” Library; photo gallery of the Presidents General International; auditorium with translation booths for up to 32 people; chapel with relics of saints; meeting rooms; staff work rooms; and visitor reception area with the world map indicating the 153 countries of the Confederation and the possibilities for expansion.

It is worth mentioning that the headquarters has a museum, called the “Ozanam Historical Place”, containing objects, documents and utensils of the Ozanam Family, information about the other founders, and two exhibits: a permanent one about the canonization of Ozanam (timeline), and a temporary and dynamic one about the five years of the current mandate of the Council General.

Tags: Society of St. Vincent de Paul
← Can one word change the world? Yes! Championing the Rights of Street Children in Kenya →