A little less than a year ago, a comic was published in France dedicated to the Vincentian missionary, Pedro Opeka and the exceptional work that he has promoted in Madagascar during the past 25 years. On April 1, 2022, this comic has received recognition from a prestigious European Board.

We have all received our strength and talents from heaven. We must share them with joy and without distinction with all our brothers and sisters, especially with the poorest in our land.  Those words were spoken by Father Pedro Opeka, a member of the Congregation of the Mission, when he arrived as a missionary in Madagascar, one of the three poorest countries in the world. In 25 years he has been able to build a city of 25,000 inhabitants, a city that includes schools, a university, hospitals and sports complexes in an outdoor setting. Fr. Pedro’s work and persistence have rescued thousands of people from situations of extreme poverty and have created a society based on everyone’s effort to contribute to the common good. Nominated in 2021 for the seventh time for the Nobel Prize, this comic narrates the incredible story of a man who could have been a professional footballer and instead, he dedicated his life to work on behalf of the most disadvantaged members of society. The Pope, who taught him in the seminary, visited him in October 2019.

This is a powerful witness, filled with anecdotes about an exceptional human being. 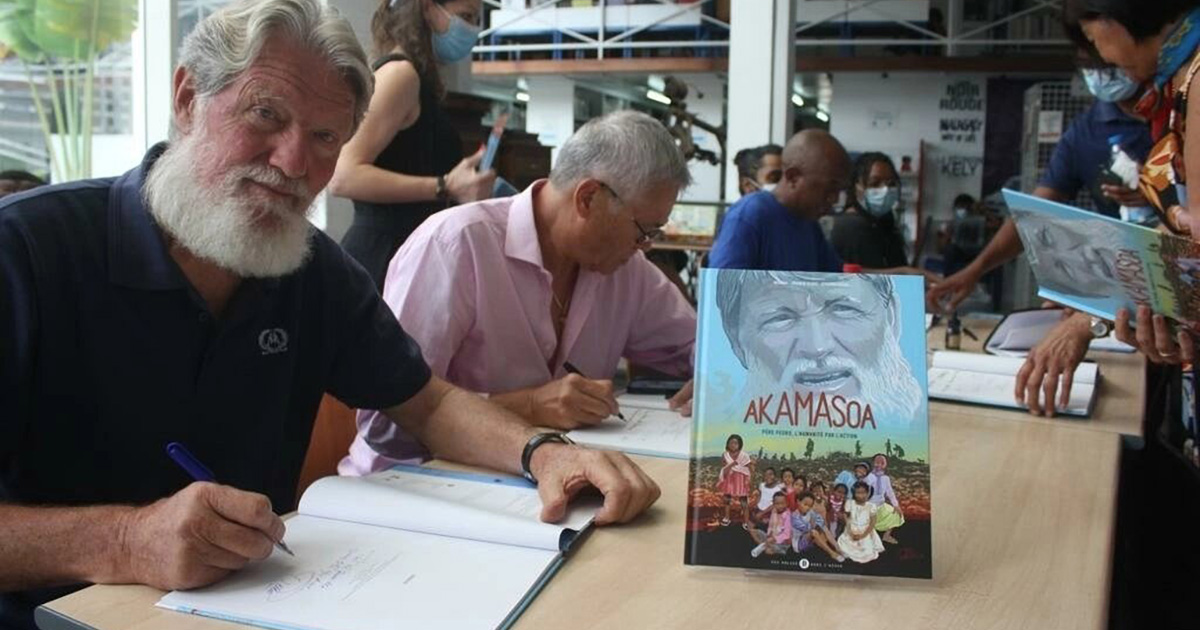 The comic, Akamasoa, Père Pedro, l’humanité par l’action [Akamasoa, Father Pedro, humanity through action], published in France by Editions des Bulles dans l’Océan received the award “Coup de Coeur” of the European Selection Committee of the Religious Center for Information and Analysis of the Comic (CRIABD). With this distinction, which pays tribute to this priest of the Congregation of the Mission, Father Pedro Opeka CM, and to his work which began in1989 in Madagascar, the Committee has valued the impact of this comic, especially among young people. This comic edition narrates Pedro’s life, values and determination. It is an ode to humanity lived in action and generosity. The story narrates the exemplary life of faith, courage and love for the less fortunate members of society. The book is exciting and places the reader at the very heart of the action … action that brings life to the daily struggle to reveal the humanity that we all carry within. Furthermore, CRIABD members and specialists judged the magnificent work of cartoonist Raffaly and screenwriter, Franco Clerc, both of Malagasy origin, who have constructed the script in a pleasant way, providing quality drawings that not only express the situations of the moment, but transform this edition into a stimulating and colorful composition.

The album Jeanne d’Arc, by Domrémy au Bûcher was also awarded. Both awards will be presented next October at the Hôtel de Ville in Brussels, a prestigious and beautiful medieval Gothic-style building, located on the Grand Place in this Belgian city.

Furthermore, Father Opeka, various authors and illustrators of Malagasy comics gathered together for the presentation of Akamasoa, Père Pedro, l’humanité par l’action, which was held at the French Institute of Madagascar. There, the Argentine priest, narrator and protagonist of the comic, said:

Akamasoa is intended primarily for children. There are 17,300 children and young people studying in Akamasoa. It seemed to be a good idea to tell the Akamasoa story to the children who were born there, who have not experienced the same suffering, pain, and tragedy as their parents. Our history is a daily struggle … it is a struggle with extreme poverty. This comic was born so that this work can be repeated in other places. Those who initiated this project hope to make this comic more accessible by translating it into Malagasy for the people in Madagascar. 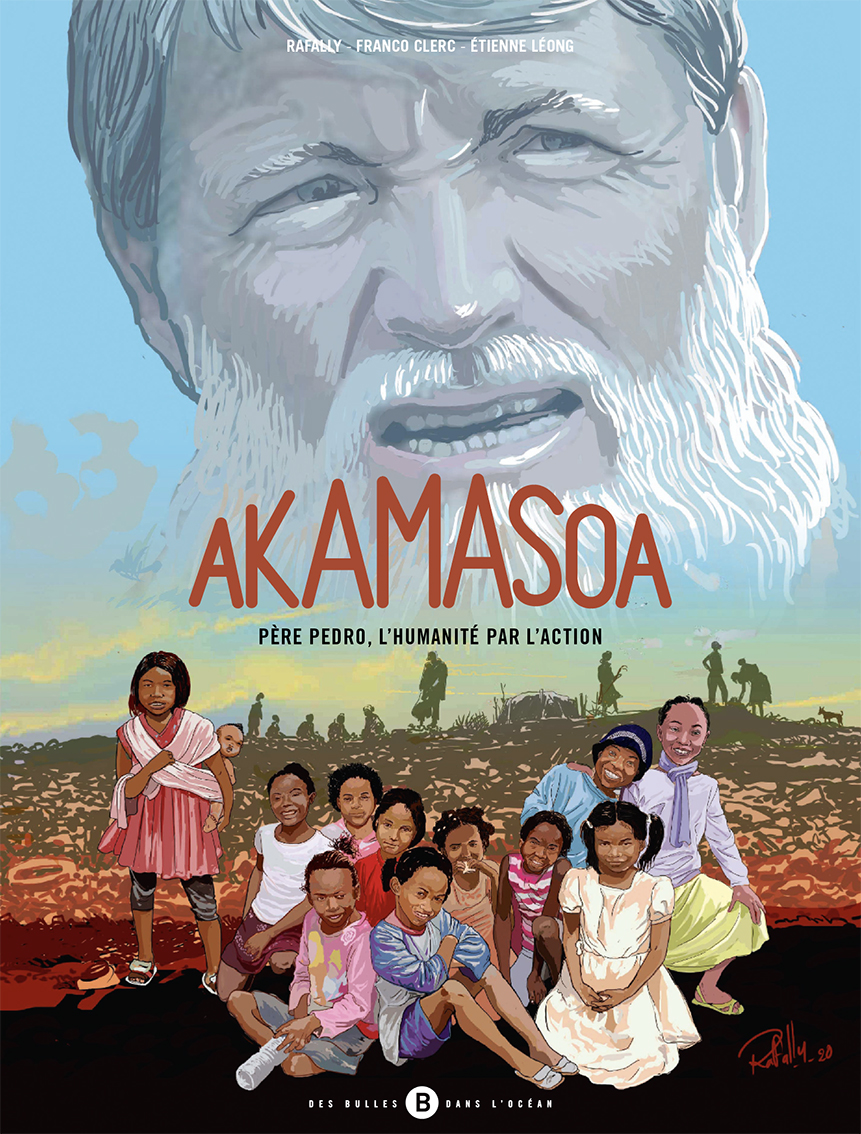 Tags:
← Journey Through Lent With Saints Vincent and Louise Six Nuns Came to India to Start a Hospital. They Ended up Changing a Country →