Based on a zoom interview with Fr. Geowen Porcincula CM, former team leader of Vincent Helps at its institution and present Vincentian Foundation Assistant Executive Director. 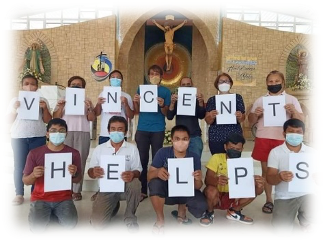 Category 5 Super Typhoon Odette (International Name: Rai), the 15th typhoon that struck the Philippines in 2021 and the strongest typhoon ever globally, caused huge damages on the major islands of the Philippines: Visayas, Mindanao and parts of Luzon.  Though there were prompt government responses made by the local government units and other institutions, it was still impossible to reach all affected areas due to the widespread extent of damages, inclusive of agriculture and infrastructure estimated at 47 billion Philippine pesos (about 916 million USD).

The most difficult places to reach included the mountainous areas of Carcar (Cebu), Tubajon (Dinagat Islands), as well as other inaccessible villages like Pintuyan and Malitbog, Southern Leyte.  Despite the obstacles, Vincent Helps was able to reach these areas through their network on the ground while at the same time collaborating with other institutions. Puregold Tacloban, for instance, a supermarket chain in the Philippines, would assist by already repacking all purchased supplies of Vincent Helps. The Vincentian Foundation’s staff in Palo, Leyte then picked up the already packed goods to be delivered to the identified areas. Both sense of urgency and creativity are key in  reaching the most vulnerable and neglected in the shortest possible time. Ground Zero
First, the Vincent Helps response team scanned all media sources for key locations of devastation. This was followed by identifying networks on the ground. Among the areas of ground zero: Bohol, Southern Leyte, Dinagat Islands, Surigao del Norte and Cebu, the response team identified the most neglected in terms of receiving the least or no help at all. Usually these were the most hard to reach areas inaccessible and impassable due to distance and damaged infrastructure, respectively.

Whereas other initiatives from government agencies and other institutions focused on the cities, the Vincentian response team established contact with the most difficult to reach areas. Vincent Helps, for example, was able to establish contact in Carcar,  a mountainous region not reached by other initiatives due to their distance and limited numbers. Another neglected area in Tubajon, where there had been a former Vincentian parish, initial contacts were made on the ground through the network of a nearby CM community in Butuan City. Further, on December 28, 2021, almost 2 weeks after the typhoon struck, Vincent Helps was able to reach Pintuyan, Southern Leyte. Vincent Helps, in fact, the first help to reach the area.

In other words, the Vincentian response team always prioritized the most vulnerable and the most neglected communities which they can reach through their networks regardless of the number. Once contacts have been established and coordinated, strategies for intervention were formulated and organized. Basic Needs
As with every unprecedented devastation brought forth by natural calamities, the primary needs included food relief packs and materials for house repair. On the other hand, the most important supplies for those in the evacuation areas are food and hygiene kits. Food packs were distributed in Eastern Samar, Limasawa, Malitbog and Pintuyan in Southern Leyte, Tubajon, Dinagat Island, Samboan and Carcar, Cebu. Efforts in Malimono, Surigao del Norte were reached through the efforts of the SSVP. Around 1.4 million pesos of food packs were distributed for Phase 1, relief operations.

A Call for Collaboration 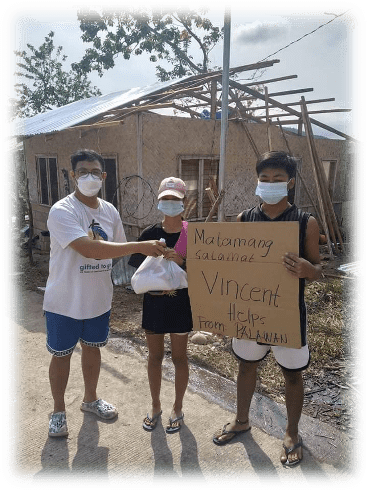 Phase 3 is a partnership put forward by the Vincent Helps and the Vincentian Foundation with the rest of the Global Vincentian Family.  This projected long term solution is relevant to the campaign of the Famvin Homeless Alliance, a global advocacy on homelessness.  The identified areas for this interventions are: (1) Lawaan, Eastern Samar, (2) Malitbog, Southern Leyte, and (3) Limasawa Island, Southern Leyte. The campaign is currently ongoing for the building of typhoon-resilient houses in the three identified areas.

Simultaneous to addressing the building of typhoon resilient houses, initiatives for livelihood are also being undertaken as the agricultural crops and boats of fisher-folks have been destroyed.  Interventions also included spiritual formation and psychological trauma interventions vital to prepare them in community building.

Formula
Essentially, the Typhoon Odette Response of Vincent Helps and Vincentian Foundation that calls for collaboration of the Global Vincentian Family is composed of 3 elements namely,  ‘pabahay’ (housing), ‘pabuhay’ (livelihood) and ‘pamayanan’ (community).MMEDC 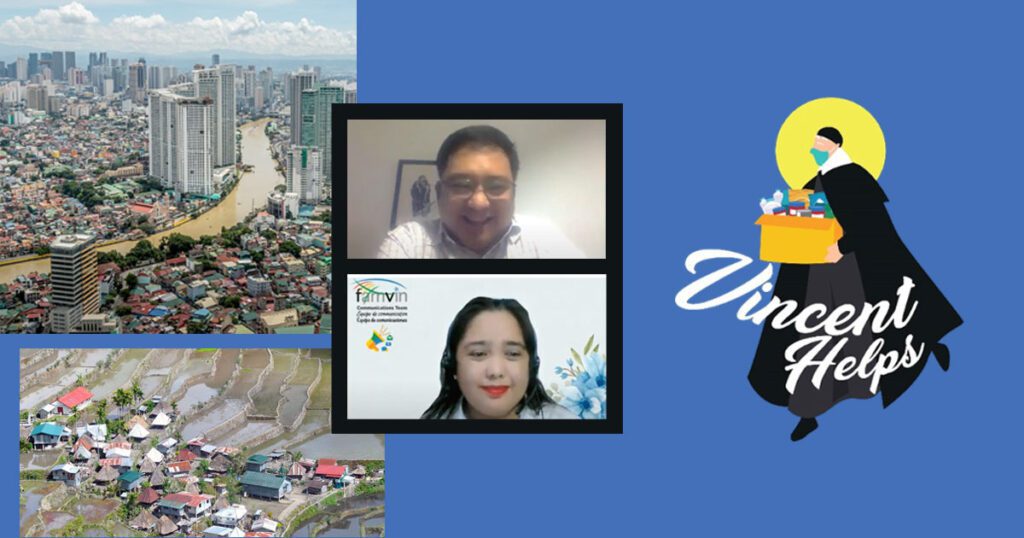