Crónicas vicentinas 5 (The Vincentian Chronicles 5), written by our 16th President General, brother Renato Lima de Oliveira, has just been published. The fifth book of this series is only available in Portuguese.

Since 2006, when the first book was published, the author has specialized in chronicles, a style of writing which consists of analysing everyday life by means of short texts. The books are primarily  resources to enhance the formation of the members of the Scoeity. 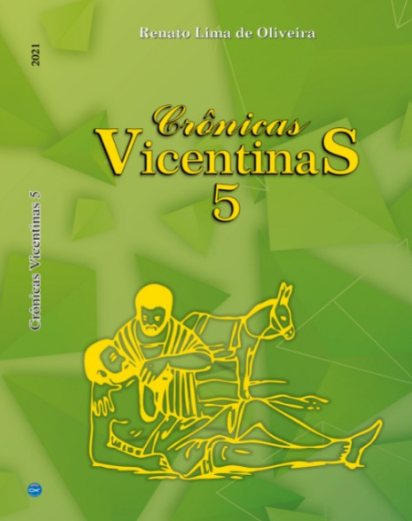 The book is composed of 84 articles on spirituality, divided into seven chapters that refer to the seven founders of the Society of St. Vincent de Paul:

The articles can be read as a spiritual guide at Vincentian meetings in Conferences and Councils, and can also be used by the larger Vincentian Family. The foreword was written by the President of the National Council in Brazil, brother Cristian Reis da Luz.

President Lima de Oliveira stated: “I would like to thank my friends who have always encouraged me to share my Vincentian experiences by means of chronicles, especially Brazilian brother Gesiel Júnior, who has always believed in this literary project.”

The first edition will be distributed in Brazil; subsequent editions, will be distributed in other Portuguese-speaking countries of the world: Portugal, Angola, Mozambique, Sao Tome and Principe, Guinea-Bissau, East Timor and Cape Verde. The book is not under copyright, so it can be translated by National Councils at their discretion.

In Brazil, all proceeds from the sale of this book will be donated to an elderly care home which has been operating for over 100 years, located in Luziania, near Brasilia (where the President General lives).