500 New Houses for the Homeless in Australia

Mr EE is an elderly man who, for most of his life, has suffered from substance abuse. With limited family and support, Mr EE found himself living in a small room at a pub. His life changed when he accessed one of the new 502 housing units that make up the latest “13 Houses” Campaign project, the first in Sydney and New South Wales (NSW), Australia. 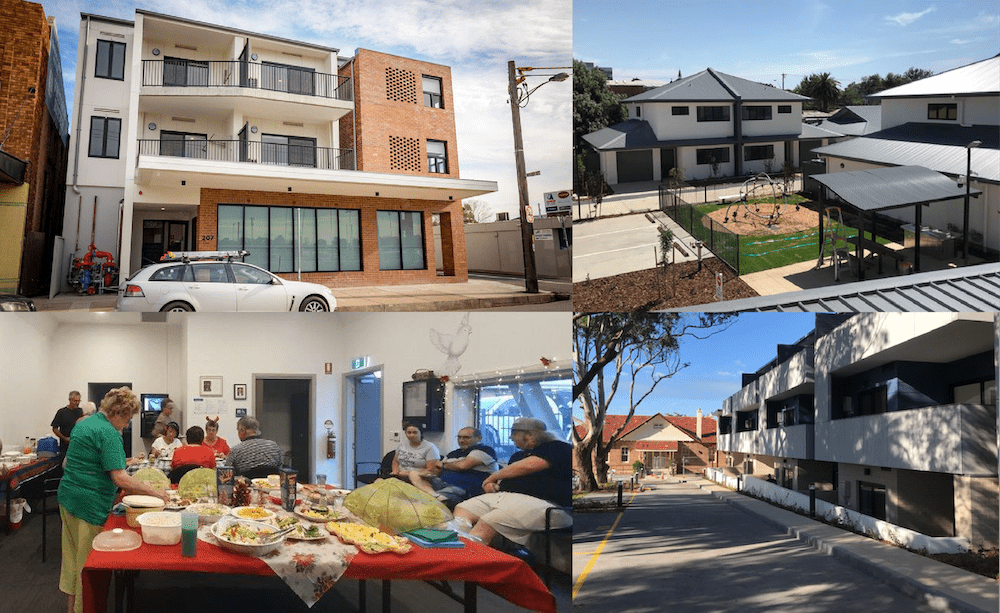 The Social and Affordable Housing Fund (SAHF) is a joint initiative between St Vincent de Paul Housing, the housing branch of the St Vincent de Paul Society of Australia, and the NSW government. The creation of these 502 homes coincides with the second anniversary of the “13 Houses” Campaign. They will provide a roof for nearly 700 people, taking the campaign halfway towards the goal of housing 10,000 people in five years.

SAFH offers both social housing and affordable rent for different kinds of families and individuals, in blocks of flats or detached houses. It provides tenants with long term security and links the rent to the beneficiary’s income.

But the SAFH provides much more than just a roof.  Soon after moving into his new home, Mr EE had to undergo two major surgeries because of lung cancer. Mr EE said that if it was not for the support provided by the SAHF program and his new neighbours, he would be dead as he would never have gotten the on-hand help and connection to medical support that he desperately needed.

Mr EE is now playing lawn bowls every week with his friends and says it has been a huge positive change in his life, as one of his goals was to be involved in the community again. He was referred to do some volunteer work at a community centre. Mr EE is now doing volunteer work twice a week, where he can give back to the community. SSVP conference members and volunteers also support the tenants.

Mr EE has also cut down his drinking habit as his new work in the community and active lifestyle playing bowls, often means he is too busy. Recently, Mr EE has started helping others in the block by working on the communal garden. This is another example of the work he is involved in with the community and the connections he now has.

Mr EE is just one of the more than 5000 individuals whose lives have been transformed thanks to the joint efforts of dozens of Vincentian branches collaborating. The “13 Houses” Campaign is already halfway to the final goal of changing the lives of 10,000 people experiencing homelessness, showing that Vincentians around the world are making lasting and visible changes in people’s lives when we work together.