Diaries of a Vincentian: Migrant? Me? A Stark, Old and Current Reality in the World

The situation that thousands of Venezuelan brother and sisters have endured over the last few years has opened my eyes to a reality I wasn’t aware of, even though it was always there. My contact with so many cases and stories of migrants over the last two years has made me reflect deeply and rethink my commitment to support those who suffer this difficult situation. Since then, a question echoes inside me: migrant? Me? 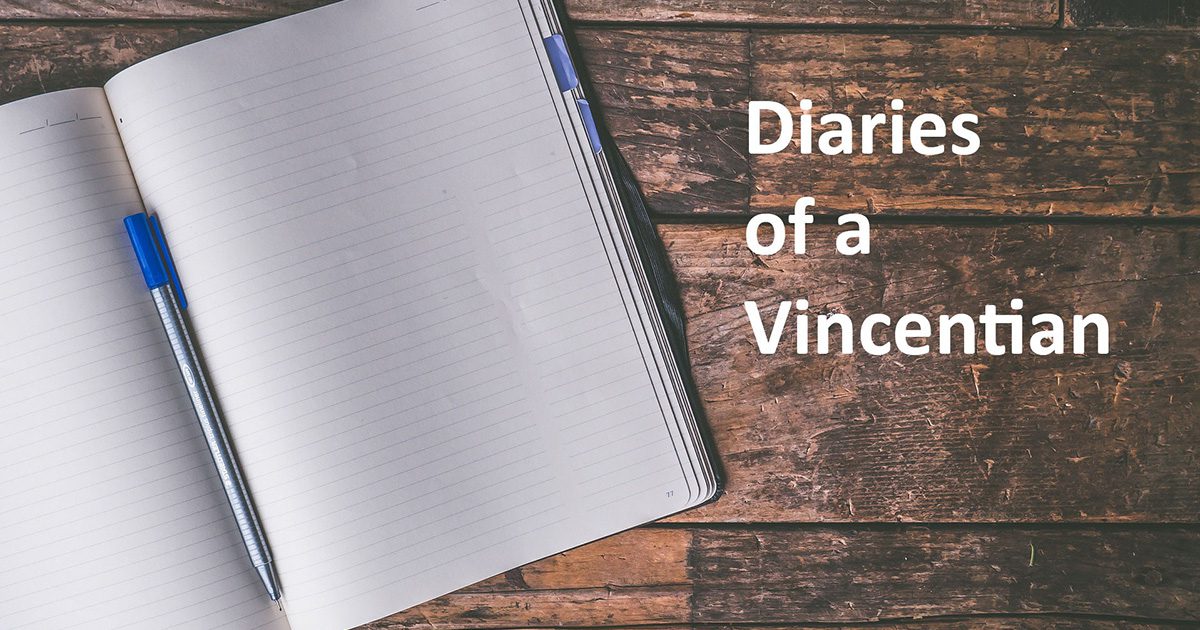 Many times, I have repeated out loud and reflected on Vincent’s quote “the poor evangelize us.” Following that line, I could firmly say that the situation of our migrant brothers and sisters has made me rethink many aspects of my missionary work. According to the evidence of peoples and cultures, humanity is the result of several migrations throughout history. So, our DNA is made up of migrants’ genes. Also, our history of salvation is intertwined with this universal movement that follows the peoples and those who made them up. Thus, we could say that all of us are migrants. Understanding this truth is very important … it helps us to view the reliaty of migration from a different perspective and as a result we can take on a different attitude and ultimately, commit ourselves to relieve those in a migratory situation. 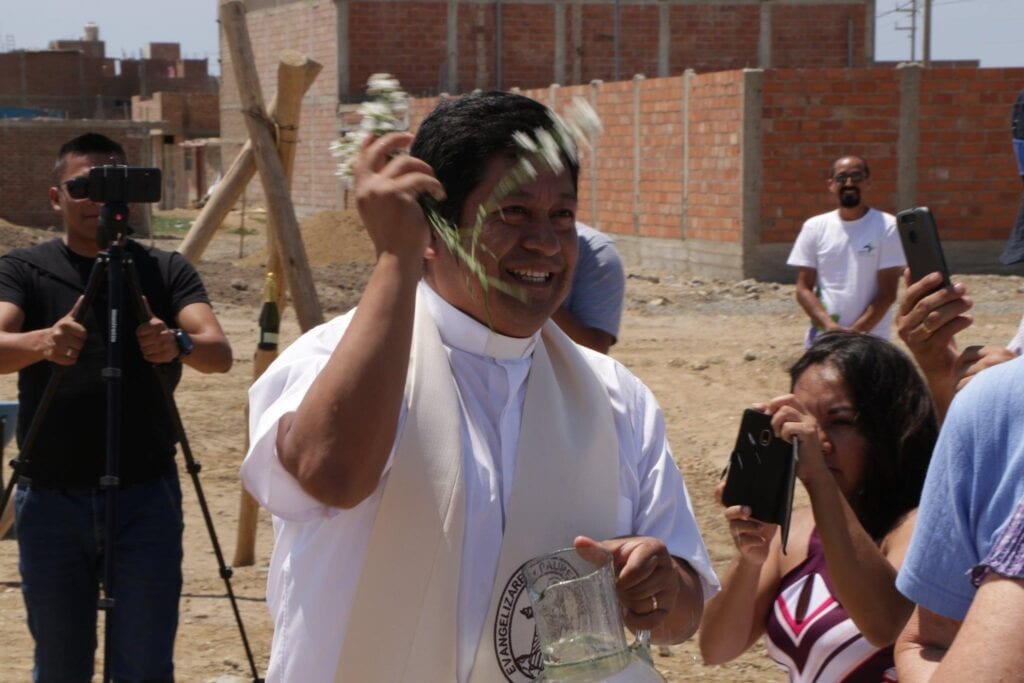 Even though migration often brings pain and sadness, it can also bring hope and opportunities. Let me tell you a short story that has a happy ending … a story that I would call  “Pain and hope”.

“Color Esperanza” – the Vincentian Family organisation focused on supporting the most in need and migrants – already existed, and I was also part of the Human Trafficking and Mobility Commission of the Chiclayo Diocese. We were committed to supporting the migrants that started to show up in the area. One afternoon, I found out through our WhatsApp group that a bus covering the Ecuador to Lima route, carrying many migrants, had tipped over and there were several injured. I had a strong urge to go to where the wounded were taken to. Despite having plenty to do that afternoon, I had to officiate an anniversary mass in a chapel I tended to, I was able to make a bit of room and I went to the hospital. The scene I found upon arrival was difficult. But it was a very special visit, a special experience among the pain and the worrying for the injured.

Manuel, 20 years old, was discharged the same day as he was only slightly injured. But he was still in the hospital because his mother, Patricia, had a poor prognosis. Doctors didn’t give him a specific recovery period, they talked about 6 months. The transport company paid some of the expenses, but other needs were not attended to: lack of money, loneliness, deep pain, uncertainty, being in an unexpected place.

That evening and night, after visiting and getting to know everyone injured, I realized that Manuel had not eaten, because the hospital only provided food for inpatients. I took him to dinner at a nearby street food stall because there was nowhere else. While Manuel was eating, a group of young Venezuelans also arrived, and they found out about his situation. Before they left, they gave him some money. Then I remembered the offering of the widow at the temple. They were also in need, but in their want they shared those coins with Manuel. That filled me with emotion, even more for Manuel, who let a few tears run down his cheek, a mixture of fear, shame, uncertainty, loneliness and plenty of sadness. There I was, a priest in a rush, supporting a stranger with the face of a migrant with an unclear future. 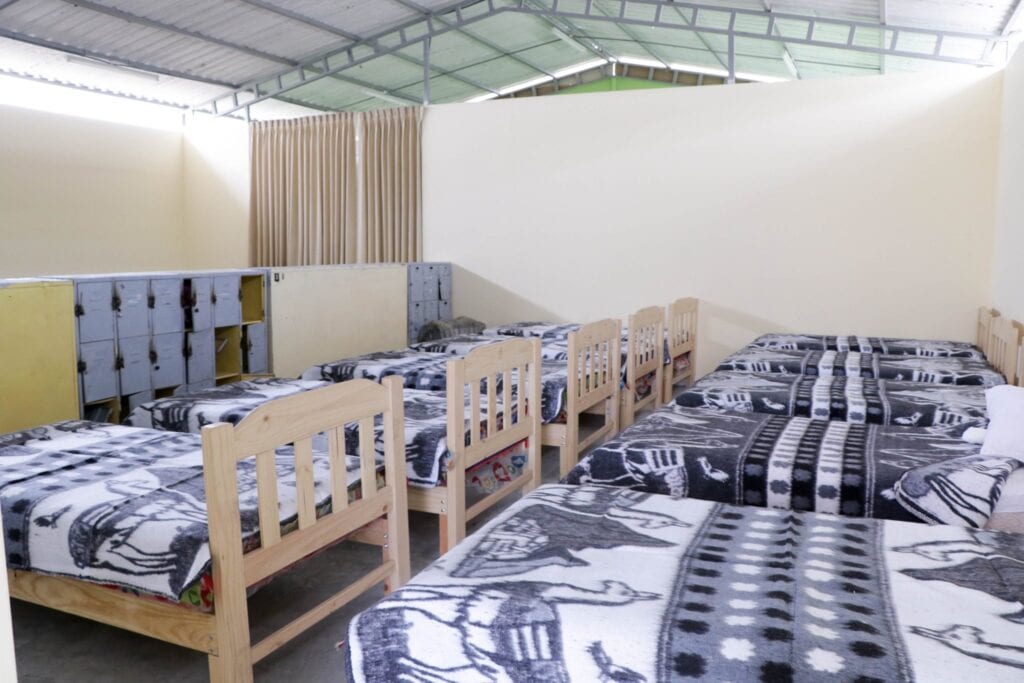 The next day, I invited Manuel to my house so he could wash and refresh himself. He hadn’t taken a shower in days. I assigned him a room and gave him everything he needed for a shower. It was taking him so long that I approached the door, worried that something might have happened. I asked if he was ok. After a long delay he stated that he was fine and exited from the room. I then invited him to have lunch at our table. He was confused by the offer, but more confused was one of the Fathers who was sitting there and saw this “stranger” approach the table. I explained the situation and both started to talk about Venezuela. It turned out that Manuel knew some Vincentian parishes and he and his brother were active members of the Venezuelan pastoral approach. At the end of the meal, I took everything from my closet that could be useful for him to wear because he possessed only had the clothes that he was wearing … no change of clothes, no coat.

Slowly, the rest of the injured were discharged from hospital, but they wouldn’t set a time for Patricia’s discharge. Manuel lived in the hospital until we found shelter for him. But we also had to think about food, money to move around, clothes, and most of all, a job. In the meantime, I was trying to find time to spend with them. Sometimes during the morning, sometimes at night. After the first few days, we managed to get in contact with John, Manuel’s brother, who was already living in Lima and waiting for them at the capital. Realizing that it would take time, he left his job and came to Chiclayo with Manuel and his mother. We found ourselves with a mother and two unemployed brothers. But during those days we had great faith for a better future.

Some months went by until she was discharged. Slowly, the brothers started to attend our Christian community and started making new friends. After a while, they decided to settle in Chiclayo. After a few months in a shelter, they rented an apartment, they kept attending the parish, and they created their own company. They have created their own space and they have become our friends and friends of our friends. They managed to bring to Chiclayo the last of their brothers and other relatives from Venezuela. Chiclayo is now their home, their place of life, pastoral work, learning and hope.

God has his own paths. Tragedies also bring great opportunities. God does not abandon his children.

Heavenly Father, no one is a stranger to you and no one is ever far from your loving care.
In your kindness, watch over migrants, refugees and asylum seekers, those separated from their loved ones, those who are lost, and those who have been exiled from their homes.
Bring them safely to the place where they long to be. Send your Holy Spirit over our government leaders, that they may enact laws and policies in accord with the dignity of every human person. Grant us the grace of holy boldness to stand in solidarity with the most vulnerable among us and to see in them the Face of Your Son.
We ask this through Christ our Lord, who too was a refugee and migrant.
Amen.
(Bishop James D. Conley of Lincoln)

Diaries of a Vincentian takes a closer look at some of the more personal experiences of Vincentians working with homeless people, slum dwellers and refugees. They shine a light on the moments that inspired us, the situations that left us speechless and shocked, and the people that crossed our paths and showed us that more must be done.