A Global Approach to Community Partnership

Steffi Romero is an Advertising Major at St. John’s University, who recently began an internship with the Daughters of Charity at the United Nations.  In today’s article, she describes what it’s like to be the welcomed stranger in Ghana and speaks of the importance of connecting with people at the grass roots. 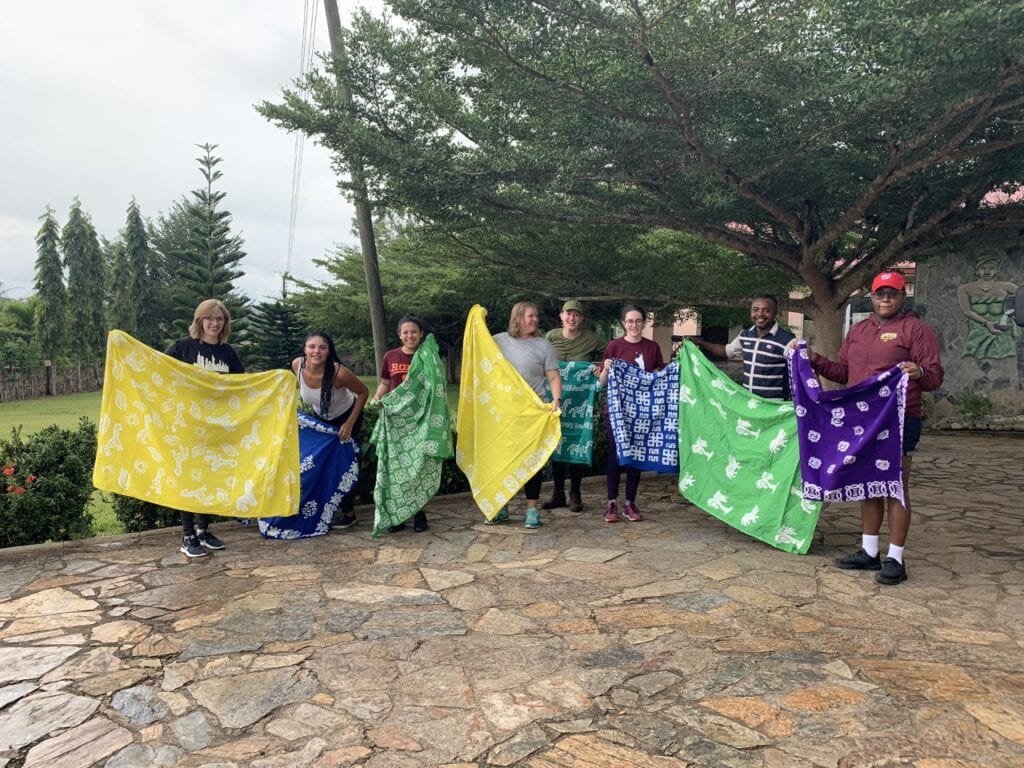 In the month of August, I embarked on a two week cultural exchange and service experience with six fellow Ozanam Scholars of St. John’s University.  The goal of the trip was to gain a better understanding of the issues surrounding migration and poverty in various regions of Ghana, while serving as volunteers at different organizations, addressing issues of social injustice.

I was welcomed and I was at home. It didn’t take me long to realize that I was walking in the love of community

I was welcomed warmly by the staff of Markcom, a full service communication agency in Accra.  I had the unique opportunity to interact with the theories and practical experience associated with the advertising industry. There was much to learn in little time but there was also the opportunity for the exchange of ideas and concepts which aimed to further propel a productive and creative work environment. This experience was a rich one that allowed me to understand the vibrancy of an organization that was driven in every way by disciplined people who valued their roles as creators, planners, strategists and executors. 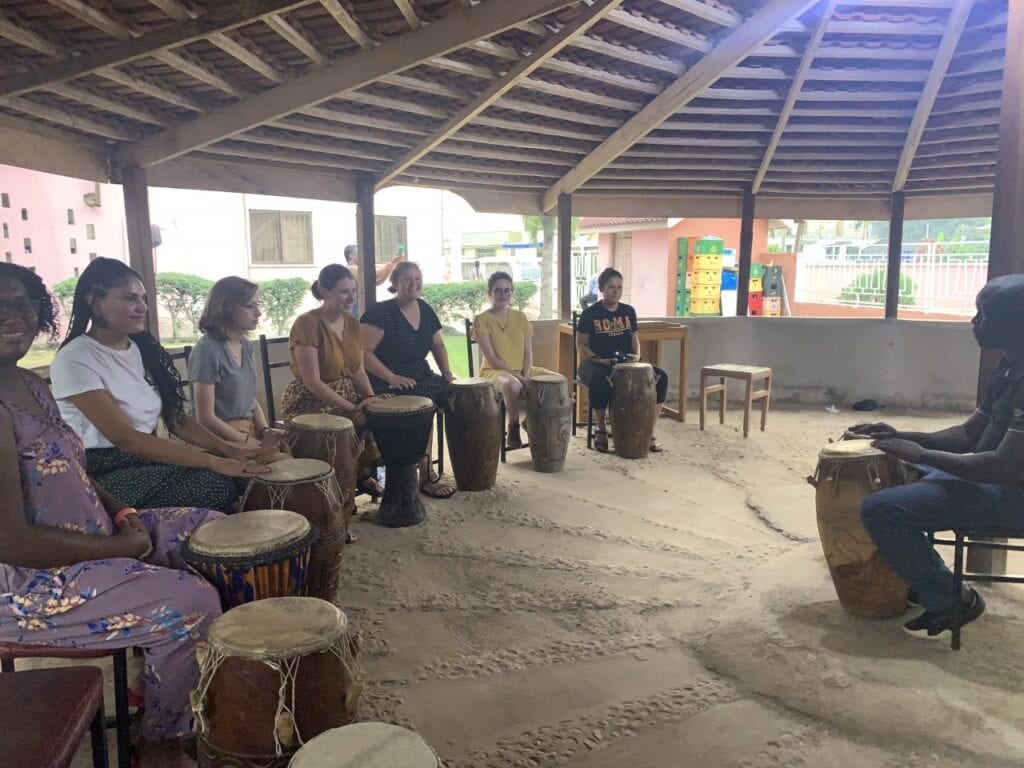 My learning experience extended outside of the organization and into the communities that I was able to interact with. Days after I returned to New York City from Accra, I couldn’t help but ponder on the warmth of the communities that hosted me. I thought of the numerous people who offered to carry me to the local markets, bought tasty treats for me to try or even offered me a drop to the hostel in which I lodged. There was a unique sense of acceptance and personal responsibility in every person I met to make me feel like I was family, I was welcomed and I was at home. It didn’t take me long to realize that I was walking in the love of community.

Through the Ozanam Scholars Program at St. John’s University, I am grateful that I have the opportunity of experiencing the systems and cultures associated with a plethora of nations, countries and communities through partnership. I have experienced communities that are rich in resources and economic wealth, in which the average teenager has the option of attending a college or pursuing some type of formal tertiary education. Alternatively, I have interacted with communities in which resources like food and water are limited and where disparities in education and wealth divide the people. It has been evident to me however, that the strongest communities have been the ones with the most resilient people who guard the dignity of humanity and the safety of their world.

“…the strongest communities have been the ones with the most resilient people who guard the dignity of humanity and the safety of their world.”

If I could take one memory to last with me throughout my life, I would choose to hold the lesson I learned from a conversation with a woman in Accra. We were sharing with each other about the goals we had for ourselves and how possible we though those goals were. During that conversation, I learned that this woman was a single mother of two who worked a full time job and was able to start her own business a year ago. The goal of her business was to generate income so that she could sponsor one child per year in her community who wanted to attend a private elementary school. There was something special about the way she guarded her role as an advocate. She understood the power of agency and was secure in her ability to use her skill to reach the need of the people she valued.

As I reflect on this interaction, I am drawn to think of the parallel between my experiences in Ghana to the work of non-profit organizations which persist in advocating for social justice. There are numerous opportunities with the United Nations in which the influencers of our world can debate and discuss policy that affect communities globally. We see that happening this week with heads of state and teen advocates such as Greta Thunberg, and others, dialoguing during the UN’s General Assembly about vital issues– climate change, health care, the Sustainable Development Goals, finance for development, and Small Island developing nations (SIDS). 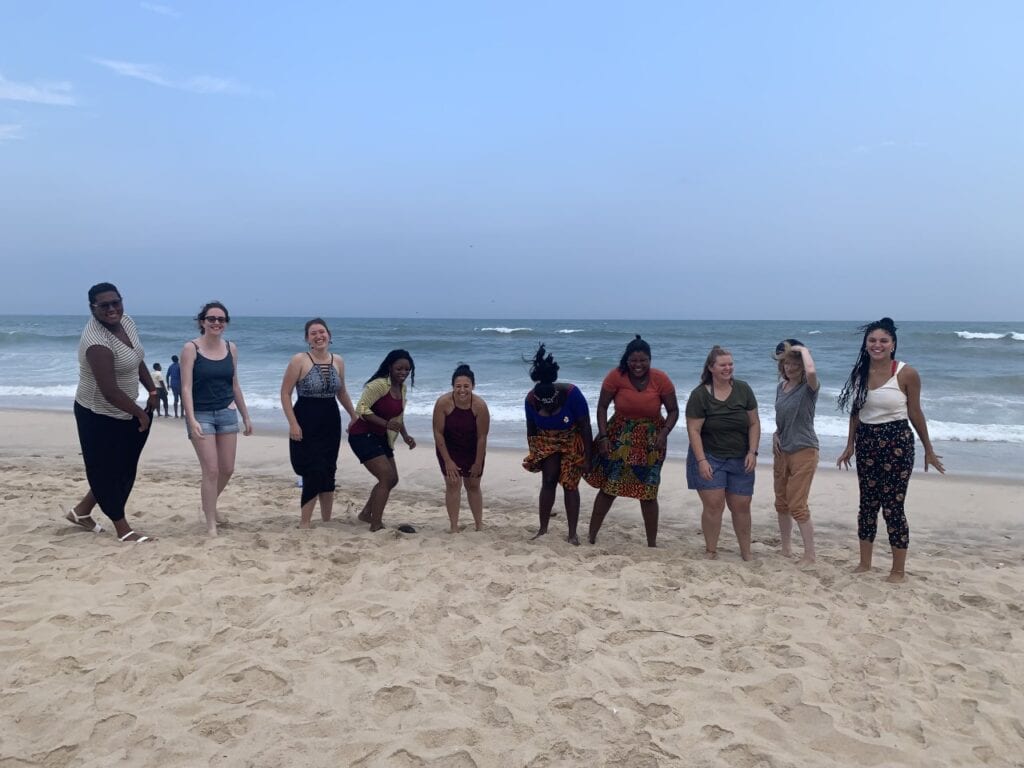 These are forums which are necessary for facilitating the exchange of ideas and problem solving, but how useful are they if the conversations that happen within the walls of the United Nations do not translate into action on the ground, among the people who serve as partners and agents of change?   Conversations at the UN must touch people at the grass roots, such as my Ghanaian friend who is ensuring each year that a child receives a quality education.

This is one of the reasons why I welcome, with eagerness and anticipation, my internship with The Company of The Daughters of Charity of St. Vincent De Paul to the United Nations.  My goal is to utilize my time and resource to discover ways in which the work of this and other organizations within the Vincentian family can be translated into action that reaches partners at a local and individual level.

In seeking to answer the Vincentian question of ‘what must be done?’ one must evaluate the ways in which agency can be innovative and creative through service and advocacy. In the words of St. Vincent, ‘Our Lord’s work is accomplished not so much by the multitude of workers as by the fidelity of the small number whom He calls.’