How Will a Border Wall Effect Human Trafficking?

My name is Joanna Padgett Herz, and I am an intern representative at the Congregation of the Mission NGO to the United Nations. I am a St. John’s student, a sociology major, and a social justice minor. My focus at the UN has been our efforts to end human trafficking, through the Committee to End Trafficking in Persons.

When Former DHS agent, and founder of Operation Underground Railroad Timothy Ballard wrote an opinion article for Fox News, I was intrigued. He expressed that the border wall should not be a partisan issue, as it would help curtail the human trafficking of children across the border. He estimates that “roughly 10,000 children are being smuggled into the U.S. every year to be sold as sex slaves.” He explains that a wall would make it more difficult for children to be smuggled, as they would have to go through access points to enter the country, stating that “walls work.” 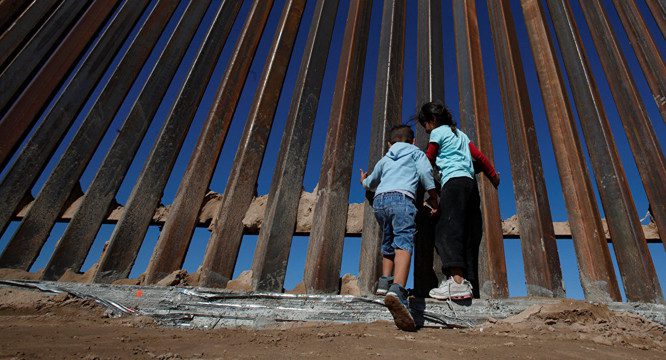 I am very excited to have more knowledgeable voices in the fight to end human trafficking, and applaud Ballard’s work to rescue children from human trafficking. But where does this 10,000 children statistic come from? The United States reported in the UN Global Report on Human Trafficking that there were 8,000 potential and confirmed victims of trafficking detected by the Department of Justice. This includes all genders, ages, and forms of exploitation. 1,759 of those potential and confirmed victims were children. This is nowhere near Ballard’s number of 10,000 children specifically being sexually exploited.

Ballard also emphasizes our need for a border wall to stop this. With a wall, traffickers would have to enter guarded access points, which would appear to be a possibly effective way to curtail traffickers. But as Alexandra Still at Pepperdine writes, “This option might put a barrier in the path of people trying to enter the U.S., but this wall could prove useless in time.” Traffickers are constantly changing tactics to respond to law enforcement, and would find their way around (or over) a wall quickly. She also explains that it may trap people in Mexico, and create more human trafficking to South America.

A wall would be ineffective against traffickers, but effective in straining the relationship between the United States and Mexico. Current President of Mexico, Andres Manuel Lopez Obrador has stated that he “won’t allow [President Donald Trump’s] wall or mistreatment of our fellow migrants in the US.” It is clear that the wall is a point of contention, and would be a large strain on their relationship. A relationship that is extremely crucial if we are to improve anti-trafficking efforts across the border. As Still explains, “it does not protect vulnerable persons, it is not enforceable, and it could increase tensions between the two countries.”

A more effective tactic: working together. Joint law enforcement programs such as the Meridia Initiative can be so much more powerful than a wall. They can share information, implement more training, and have a fuller picture of what’s happening at their shared border. They can adapt just as fast as human traffickers can. They can be incredibly effective while also improving a relationship that can have social, political, and economic benefits for both countries.

I understand why Ballard, or anyone else involved in this fight may want to overestimate the numbers: one person being trafficked is one too many. But being liberal with our statistics will only be to our detriment. We can end up making rash decisions that may hurt victims rather than help them. Trafficking is an incredibly complicated global issue, and we need to treat it as such. With this in mind, it’s more important now than it has ever been that we work together as a global community instead of building walls around ourselves.

I invite the Vincentian family to start looking at the ways in which we can humanely work together to end trafficking. I recommend reading the amazing human dignity centered work by Mercy International in Inherent Dignity: An Advocacy Guidebook. If you’re interested in getting involved at the UN, please join us for the Committee to Stop Trafficking in Persons.