Hello, my name is Patricia García Hernández and I have been involved with the FamVin Valle de México Region since 2013. For three and a half years I have coordinated the activities of the members who have shared their experiences and dreams in an ongoing manner. This experience that God has allowed me to live has been an incredible opportunity in which I have been able to meet with many people who are members of the Vincentian Family. I have witnessed changes — some of which I proposed — and I have also learned much about this beautiful Vincentian charism. I have learned to love our impoverished brothers and sisters who are part of an economic system that generates poverty.  As a result of that reality I attempt to continue the process of “being inventive to infinity” so that men and women who have become victims of this economic system might engage in a process that allows them to life with dignity. 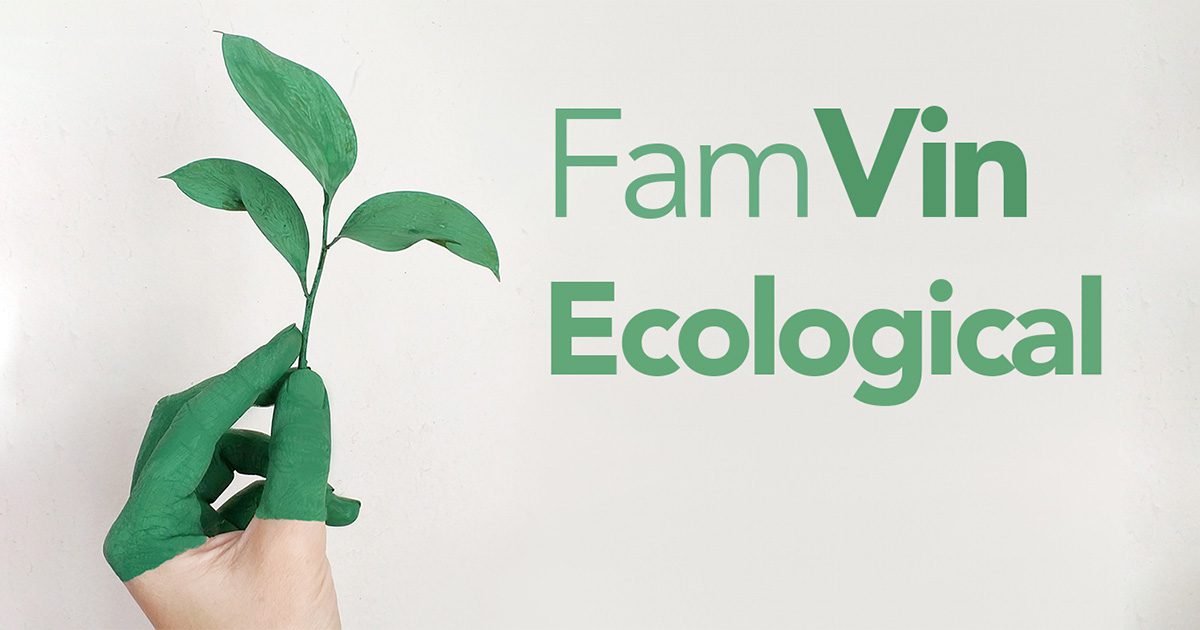 One day, our good God, through his restless, ever-present Spirit inspired me (one never imagines where, how, through whom or through what God will act). This occurred on September 19, 2014, at the end of a meeting of the Vincentian Family in the Valley Region of Mexico. After everyone had left the gathering place, I noticed the large amount of garbage that we had generated during the course of our meeting and I was simply alarmed because this garbage filled many large bags! I decided at that time that we had to do something as a Vincentian Family. We could not continue to generate this amount of garbage. I also was amazed that we were not aware of the fact that our most impoverished brothers and sisters suffer serious consequences as a result of the problems created by the increased accumulation and generation of garbage. The unimaginable quantities of garbage that we produce on a daily basis sooner or later harm us all. It seems that the weakest and most vulnerable members of society are always the ones who do not receive garbage collection services. As a result the accumulation of garbage contaminates their water supply … and this contamination of the environment not only affects human beings but also disrupts and ultimately destroys the ecosystem that plants and animals need in order to survive.

Thank God, in the midst of this horrific reality, I also saw an OPPORTUNITY to positively impact the situation of those most affected. First, however, something had to be done on the level of the Vincentian Family in Mexico City since we still did not understand that we were contributing to the destruction of our environment. Our poorest brothers and sisters were being hurt and did not understand that we could play a significant role in combating this tragedy. For me it was like that moment when Vincent de Paul became aware of the harsh realities that afflicted the poor in the seventeenth century Paris.  In a moment of reflection he was able to say to God: Forgive me, Lord, I had not noticed! The Vincentian Family in Mexico City had been blind to the reality that surrounded them!

After this kairós experience I thought: What can we do as a Vincentian Family in order to bring to a halt this environmental destruction that harms us all? During an evaluation session that was done a few days after the event, I spoke about this matter and everyone agreed that we would no longer use disposable utensils in our meetings. I must confess that I did not expect such unanimity and such an affirmative response to my proposal.

When we scheduled our next meeting (the feast of Saint Louise de Marillac, March 2016) we specifically stated in the invitation, on the Internet and in all the parish announcements that every participant was to bring their own plate, glass, cup, knife, fork, spoon, etc. We asked the Regional Coordinators to communicate this same message to their Diocesan Coordinators and, if possible, to the various local centers … thus making everyone aware of this important change.

When we gathered it became obvious that the vast majority of the people had not received or were not aware of our message … many of the participants had no cup for their coffee which was served at the break, and even more alarming, they had no plate to receive their food. As a result we had to use throw-away material once again. As I witnessed this event unfold, I felt the need to explain why we had decided to ask people to bring their own eating and drinking utensils … people seemed to understood what I was saying. I added that if we are committed to serving and ministering on behalf of the poor then we should start by protecting the ecological environment in which they live. Everyone understood and they realized that the purpose of this initiative could benefit everyone. No complaints were registered with any member of the Coordinating Team and one of the sisters from the Provincial House told me that my explanation was very direct and everyone needed to be informed about what was happening.

During the evaluation of the Meeting, some felt that we needed to go back to using disposable material because they felt our gathering had been a disaster. I responded by saying that we had just taken a very significant step forward and we should not think about going backwards! If we retreat from our position, how will we ever change things in the future? I pleaded with people to be courageous and not to be afraid of change. Many things need to be changed and we also need to adapt ourselves to these changes so that we might respond to people’s needs … so that we might act in preserving our common home. We must show our children that together we can change the situation in which we live. I then thanked the team members for supporting this initiative.

Since then, it has been very gratifying to see how people, after that first experience, now bring with them all that they will need to eat and drink at our celebrations and meetings. It has been extremely motivating to discover that in the FamVin Valle de México Region, the members took some bold steps in order to re-image themselves as servants of their impoverished brothers and sisters.

Like everything in this great Family, taking care of our common home is a task that we have to do together. We have to support one another and be mindful of Vincent’s words: “Perfection does not consist in doing many things, but in doing them well.” Therefore, with a smile, with joy, with kindness, with much faith and confidence in ourselves and in divine providence, let us act and thus contribute to solving the complex ecological crisis. Pope Francis invites us to act in this manner when he stated: We are faced not with two separate crises, one environmental and the other social, but rather with one complex crisis which is both social and environmental. Strategies for a solution demand an integrated approach to combating poverty, restoring dignity to the excluded, and at the same time protecting nature (Laudato Si, #139).

Developing socio-environmental projects is an authentic Vincentian initiative … I am having no doubts about that and feel that if St. Vincent de Paul was our contemporary, these projects would be among the first to be discussed in his meetings because there is an inseparable bond between concern for nature, justice for the poor, commitment to society, and interior peace (Laudato Si, #10).

And you, what do you think about all of this?

Tags:
← The Pope Video • In the Service of the Transmission of Faith Mary's Digital Home "Liked" By Almost 3 Million People →