Girls’ voices are echoing through hallways of UN Headquarters in New York today as the world celebrates “International Day of the Girl.” Girls are networking, advocating, and creatively portraying issues which affect them, as well as recommending solutions to challenges they face. 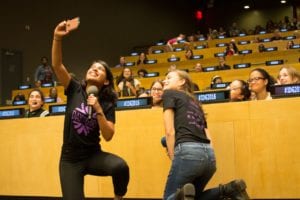 Hundreds are expected to turn out this afternoon for Girls Speak Out, their chance to spotlight the needs and rights of girls and ways governments and others can help them reach their full potential.  TheNGO Working Group on Girls and the Missions of Canada, Peru, and Turkey to the UN are sponsoring Girls Speak Out.

A Day of the Girl Summit was held last Sunday. This year’s Summit focused on the concept that girls’ rights are human rights. (The UN celebrates 70 years of the Universal Declaration of Human Rights in December).   Various organizations sponsored activities during the 11 days leading up to today. Participants have further been invited to convey what it’s like to be a girl where they live.  Some entries will be used during Girls Speak Out.

Today’s theme is: With Her: A Skilled GirlForce. The day will raise awareness of the need for global collaboration in advocating for, and investing in, skills which will enhance employability of girls. 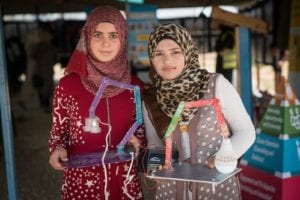 The world of work is evolving at warp speed. According to UN Women, by 2020, it is expected that more than 7.1 million jobs will be displaced, and by 2050, half of current jobs will have disappeared. The World Economic Forum Future of Jobs Report (2016) sheds further light on the work scene by noting, “In absolute terms, men will face nearly 4 million job losses and 1.4 million gains, approximately one job gained for every three jobs lost, whereas women will face 3 million job losses and only 0.55 million gains, more than five jobs lost for every job gained.”

Coupled with these job-loss statistics is the fact that many women in developing countries are already struggling at jobs that pay little. Further, over 130 million young women around the world are not currently enrolled in school, according to Global Citizen. Globally, at least one in five adolescent girls is denied an education by the daily realities of poverty, conflict and discrimination.

According to the UN, of the 1 billion young people – including 600 million adolescent girls – that will enter the workforce in the next decade, more than 90% of those living in developing countries will work in the informal sector, where low or no pay, abuse and exploitation are common.The most disadvantaged girls — including those in rural areas and those with disabilities — have even less access to decent work.

Competition for decent work will be tough. In an employment world of robotics, artificial intelligence, data gathering, and computers, many girls and women will need to be savvy about high tech to achieve decent work.

“Today’s generation of girls is preparing to enter a world of work that is being transformed by innovation and automation,” notes the UN. “Educated and skilled workers are in great demand, but roughly a quarter of young people – most of them female – are currently neither employed or in education or training.”

In addition to basic education, literacy, and technical skills, many girls also would benefit from mentoring and training in areas such as self-confidence, problem solving, teamwork and critical thinking, according to UNICEF. “They are critical to succeeding in the rapidly changing world of work,” UNICEF comments, “yet many schools do not focus on these “21st century skills,” including STEM (Science, Technology, Engineering and Math) education. Many girls do not have access to mentors, career guidance or the training they need to transition from school to work, and those who are entrepreneurs face barriers accessing finance or business skills.” UNICEF points out that gender stereotypes also must be tackled if girls are to enjoy full participation in the future workforce.

The questions arise, how can we ensure that all girls and women have educational opportunities, can transition into the work world, and that they are prepared for future jobs? Today’s events will get the conversation started and hopefully lead to stronger partnerships and investment in educating and upskilling girls and women for a contemporary work force. 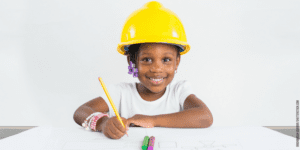 The International Association of Charities (AIC) has a particular interest in issues related to women and girls. Dee Mansi, a member of the AIC Executive Board, mentions what’s happening in Europe, where Isabelle Chaperon, the AIC International NGO at UNESCO, has been working for the past year with colleagues towards International Day of the Girl.

“As a Vincentian Family lay organization comprised primarily of women, we take a strong stance on the promotion of women and children’s welfare and rights,” said Mansi.  “One aspect Isabelle will showcase is the limitation of teenage girls’ access to education during menstruation. Isabelle will demonstrate how resourcing their needs can be achieved by reusable Afripads and the AIC volunteers’ making of attractive hygiene bags.”

The Daughters of Charity engage in multiple initiatives around the world with regard to the promotion of girls and women. To provide a few examples, the sisters are working with youth and women’s skills empowerment in more than one location in Ethiopia; digital (tech) skill development in Tosagua, Ecuador; and inclusive education in Burkina Faso.  International Project Services serves as a support to many such projects.

The Experience of Women From Nigeria and Kenya

First, the words of a Nigerian woman:

“I never allowed negative peer influence distract me from my focus but believed in myself and took heed to parental advices. I soon developed a healthy competitive spirit in school knowing that what a boy can do, a girl can do even better as gender roles are not specific. A boy can cook while a girl can hew wood, etc.

In the community, there was respect for constituted authority and traditional practices but I never allowed myself to be relegated to the background nor believed in the derogatory statement that a woman should be seen and not heard, thus, seeing the girl as inferior. This equally made me to strive to be the best in all I do. Since most girls are faced with challenges such as – inferiority complex, gender inequality, lack of opportunity to sound education, child abuse, which results to early child marriage and sexual assault, gender based violence and neglect, female genital mutilations and child care etc.; these enormous defects (challenges) bewilder/mar the fate of the girl child in the society.

I advise them to remain focused, don’t be distracted by peer influence, always heed to parental good advises, have strong faith in God and stick to a role model that will help you actualize your family ideology. I am proud to be a girl child for I can compete with the boy – child and yet leave foot prints worthy of emulation.

Next, the point of view of a Kenyan woman:

“Being a girl in Kenya, it takes a lot of courage since everyone is looking on you and they have faith in you. Girls expected to set a good example. In some communities that doesn’t recognize Girls it takes a lot of effort to show and teach them the importance of being a Girl.  Girls are faced with many challenges from childhood, adulthood and even in their working places.  These changes (challenges) includes being discriminated and having no power to express herself. They are expected to perform a lot of responsibilities and tasks than those of the boychild. In cases of rape it’s considered that Girls should be responsible for its held that they are the causes. It’s considered that boychild has no blame and so the Girl is to take the burden. Girl child is surrounded by challenges and blames everywhere.

As young people, one should aspire to achieve her goals and objectives so as to succeed in future. As young girls we should also be self-driven and be people of standards who are being respected by people because of our behaviours. Young girls should also have positive mindset even if it’s in negative situations.  Girls should set an image to the community to show that she is a woman of values who deserves respect so as to have a bright future and make a good woman who can set a good example to other ladies.

Tags: United Nations
← SSVP President General Will Be Visiting the City of Oporto (Portugal) A Canadian View: Home Visits to a New Canadian →