Negotiations Towards Global Compact on Refugees Near Conclusion

“This not about sharing a burden. It is about sharing a global responsibility, based not only the broad idea of our common humanity but also on the very specific obligations of international law. The root problems are war and hatred, not people who flee; refugees are among the first victims of terrorism.” — UN Secretary-General, António Guterres 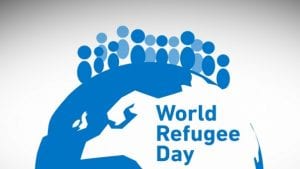 As we approach World Refugee Day—June 20—it’s a good time to reflect on the Global Compact on Refugees.

To be clear, negotiations at the United Nations are currently underway for two separate compacts—one related to migrants and one to refugees.  Both are entering the “homestretch” of lengthy negotiation processes.

Final negotiations related to the Refugee Compact take place July 3 and 4 in Geneva.  The last of six negotiation sessions relation to the Global Compact for Safe, Orderly, and Regular Migrationare scheduled July 13-14 in New York.

For the sake of this article, I will focus on the Global Compact on Refugees.

War, violence and natural disasters are compelling thousands to flee their homes every day.  There are currently over 22 million refuges world-wide.  World Refugee Day is a time to reflect that the world stands with and supports people in such circumstances.  It also commemorates the obstacles which refugees face each year, and celebrates their courage and strength.

HOW DID WORK ON THE GLOBAL COMPACT ON REFUGEES COME ABOUT? 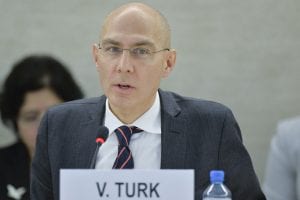 On September 19, 2016, the UN General Assembly unanimously adopted the New York Declaration for Refugees and Migrants.  In terms of refugees, the idea was to improve the way nations respond to new and long-standing refugee situations.  Volker Turk, head of the UN High Commissioner for Refugees’ protection branch, notes that about 60 percent of the world’s refugees live in 10 countries, all in the global south, with refugees residing in the poorest parts of those countries.

The New York Declaration provided a Comprehensive Refugee Response Framework (CRRF).  The Framework calls upon the UN High Commissioner for Refugees to apply the framework to various situations, coordinating closely with nations, UN agencies and stakeholders, and to assess its impact.  (The current High Commissioner is Filippo Grandi, of Italy).

By approving The New York Declaration, Member States committed to adopting a Global Compact on Refugees in 2018. UNHCR was given the responsibility for leading the Compact’s development. It will be considered by the Assembly at its seventy-third session in New York this September.

To review the latest draft (June 6) of the Global Compact on Refugees, click this link. Note revisions will be made as negotiations continue.

GOALS OF THE REFUGEE COMPACT

“We are building on a very solid foundation of international law, of international standards and practices,” said Turk in a March 8 UNHCR article by Ariane Rummery.  “We want to go beyond what already exists and address a very specific gap which is to better define international cooperation to share responsibilities.”

What responsibility sharing looks like remains to be clearly defined.  But it could mean that when a country receives a big influx of people, other countries volunteer to help with issues such as funding, education, technical support, data gathering, environmental protection, resettlement, and the like.

“So what we want to achieve is a very quick galvanizing of support: political, financial, resettlement support so that countries – when they are faced with such a situation – feel that they are not on their own,” said Turk.  “That they are not isolated, that no one cares. That actually yes, the international community cares about the people but also the country that is affected.  And it stands in solidarity, and acts in solidarity with them.  That is really the purpose.”

From a Vincentian point of view, the goal sounds as if the Compact would address refugee situations in a more systemic fashion.

WHAT HAS BEEN HAPPENING WITH THE COMPACT

Much input was received about the proposed Compact last year.  In 2018, discussions have gone deeper through five formal consultations in Geneva, with the fifth taking place this week.  A sixth and final session is scheduled the first week of July.

Several drafts have been issued and more revisions will be made before the final Compact is presented.

There exists a 1951 Refugee Convention which serves as the foundation for refugee protection. It defines a refugee as a person who has fled his country because of a well-founded fear of persecution on one of five grounds: race, religion, nationality, membership of a particular social group or political opinion.

The Global Compact on Refugees does not replace the Refugee Convention. “The Refugee Convention focuses on rights of refugees and obligations of states, but it does not deal with international cooperation writ large,” says Turk.  “And that’s what the global compact seeks to address.”

WHAT COULD THE COMPACT MEAN FOR PEOPLE ON THE GROUND?

Turk hopes the Compact will mean host countries will move away from encampment policies and towards newer ways to engage with refugees.   For refugees, it could mean better education, better access to health care, and greater opportunities to pursue a livelihood. It could mean host countries would receive improved humanitarian support and development cooperation.  Turk also hopes that it means more resettlement places and more ways refugees could move to third countries.

As negotiations wind down, various concerns have been expressed about the draft Compact.  More clarity is sought in terms of the how the Compact will be implemented and reviewed.  The May draft called for Global Refugee Forums every four years.  But civil society would like to see them more frequently.  They also would like to ensure that refugees are clearly engaged in the Forums.

Broader financial support is needed, so that countries worldwide, and not just a few, are

contributing to resources needed for implementation and review.  Some would like to see richer countries take in more refugees.

There is hope that stronger language would be included to ensure protection and respect for labor rights by both businesses and Member States.

Currently, persons displaced by climate-related issues are not considered refugees.  Many would like to see clearer categories or provisions for persons in such situations. And there is pushback on language which relates to “alternatives to detention” of children.  It is hoped such “alternatives” will not unduly restrict the freedom of children.