We (Fr. Flavio J. Pereira, CM and Brother Sylvester Asabotale Ojubiaja, ESQ) arrived in Addis Abba, Ethiopia at about 5:15 pm on February 17. The Provincial Superior of the Congregation of Mission, Rev. Fr. Memheru Mekonnen, CM at the Airport received us. We were driven to the Provincial House where we stayed throughout our stay in Ethiopia. After Sunday Mass, we left in the company of Fr. Memheru Mekonnen to the Daughters of Charity, whose Provincial House is close to the Congregation of Mission’s Provincial House. We had an audience with the Provincial Superior of the Daughters, Sr. Hiwot Zewote. She told us about their apostolate and that they have been in Ethiopia for 90 years. She wholeheartedly welcomed the idea of resuscitating the National Council of the Vincentian Family in Ethiopia.

Fr. Memheru Mekonnen, CM told us that in the past, the National Council existed, but that since the relocation of the President of the Family, the National Council has become comatose. He said our coming is indeed a tonic that they need and will now ensure that the revival is expedited because of the many benefits therein. Both the CM and Daughters were very open, and appreciated the idea of the resuscitation of the National Council in Ethiopia. We promised to give them the Rules and Regulations from Nigeria as a guide. It was agreed that all of the arms of the Vincentian Family be invited to a meeting the following Tuesday. In the afternoon, we visited Alemachen Rehabilitation Center for Disabled Children under the management of the CM. We were amazed by what the CM, under the directorship of Fr. Gamiye, CM, were doing with the children who were deformed, or handicapped from birth, but are now emancipated by the treatment received through the instrumentality of the CM.

We were informed of the many challenges the CM, in managing the facility, is now faced. They face a major threat because of the withdrawal of their major financier. They urgently need assistance, or else the Center that has existed for over 40 years will be closed. The Priest in charge was encouraged to immediately do a write-up for publication on the famvin.org website, and also send an email to Fr. Flavio. He was advised to collaborate with the other arms of the Vincentian Family for possible assistance. The Brothers of Charity in Gefersa City

We paid a scheduled visit to the Brothers of Charity in Gefersa City, where they manage a Mental Home in partnership with the Government of Ethiopia. Brother Eric Aminjeje heads the Brothers’ Community and they have 160 inmates. We took a tour of the facilities and of the inmates. We formally invited the Brothers to join the Vincentian Family, which they gladly accepted. They promised to attend the meeting scheduled for the following day at the Daughters Home. They were given the Website and Facebook addresses of the Vincentian Family Office. In the evening, and in company of Fr. Gamiye, CM, we went to visit the Sisters of Charity in their Home. They warmly welcomed us even though they had no prior notice of our visit. We met three sisters, but the local superior was indisposed and had to go to bed for rest. Sr. Nadia and her colleague were thrilled with the idea of the Vincentians coming together, and looked forward to attend the meeting called for the next day. Contacts and Website addresses were exchanged. They were encouraged to subscribe.

Daughters of Charity, School for the Poor

We visited a school managed by the Daughters of Charity, located in a very poor environment. These children are the children of the very poor, i.e., single mothers. They are abandoned children. The school is from Nursery to Grade 8 and completely free with little or no support from the government. It was a wonderful experience for us seeing the charity work the Daughters were doing. They have many challenges, as the government is asking them to relocate. The location is really not conducive, but the Daughters cannot afford relocation. The head teacher (Daughters of Charity) was asked to do a write-up for publication in famvin.org. They are asking for sponsorship and a donation of school materials. 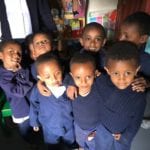 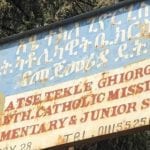 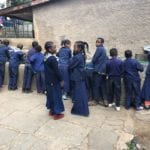 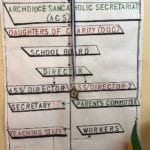 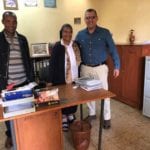 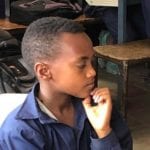 Before we left, we interacted with the students and encouraged them to work hard to achieve success, not minding their background. Many want to be doctors, engineers, and teachers.

The Sisters of Mercy of St. Vincent De Paul of Nekemte

We were warmly welcomed by the Sisters in their home and coincidentally met with their Superior-General, Sr. Anna-Luisa Kotz from Germany and two other sisters from Tanzania. They were very open and interested in the reality of the formation of the Vincentian Family in Ethiopia. They promised to attend the meeting slated for that afternoon at the Daughters of Charity House. They were given the congregational info sheet, a statement of intent between congregation and Vincentian Family, and business cards. They were urged to subscribe to the VFO Website. The Meeting of the Vincentian Family Ethiopia was held as proposed at the Daughters of Charity Provincial House. The meeting started at about 3:00pm.

After prayer and introductions, I formally introduced the reason why we were in Ethiopia, i.e. the need for the Family to come together as one. For in unity there is strength. We had very useful deliberation and everyone present supported the resuscitation of the Family in Ethiopia.

The CM promised to help, through a member of the CM, by handling the setup of more conferences for St. Vincent De Paul Society, while the Daughters of Charity also promised to have the Sisters of Mercy in formation and the setting of AIC in Parishes. A joint project was agreed upon through the motion of a CM Priest, a visit to Refugee Camps in Addis Abba.

The Sisters of Mercy Superior General promised to help raise funds in Germany to support the project. A date was fixed for the Family’s next meeting, on March 24, 2018 at the same venue, i.e. the Daughters of Charity Provincial House.

The visit to Ethiopia was very successful as we brought the different arms of the Family together. We were also able to identify a new member of the Family. What is needed now is a follow-up. 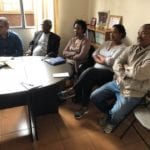