World Day of Migrants, January 14, at the Berceau of St. Vincent de Paul

The Team for the pastoral care of migrants has chosen to carry out this apostolate in Berceau of St. Vincent de Paul; since the closure of Calais, some migrants have been welcomed in CAO. Today all have been redirected to the CADA of Mont-de-Marsan and Dax, France. Around 11 am, more than 140 people of 15 nationalities took their places in the chapel, those coming from Albania, Kosovo, Georgia, Armenia, Afghanistan, Syria, Iraq, OCEANIA: Walis and Futuna, New Caledonia, Vanuatu, ASIA: Cambodia, Laos and Vietnam.

The Eucharist was celebrated to the rhythm of instruments and songs of our sisters and brothers from Oceania. With the young people around him and in front of the assembly, our bishop, Monsignor SOUCHU invited us to proclaim the faith, to remind us that to do so is to make an act of confidence in the future. The African community of Montoise offered dances during the offertory procession. After receiving the blessing of the bishop, participants met in small groups for sharing. Each drew lots and two of the young people of an Afghan family presented a number.

The migrants and the people of Landes from surrounding parishes or from associations serving migrants met at Morin. It was an opportunity to share about the four verbs that Pope Francis chose for this World Day: to welcome, to protect, to promote and to integrate. Each group took the time to present its members and to deepen the theme in an atmosphere of respectful listening. It was an occasion that gave birth to true fraternity.

Witnesses then gave testimonies: a priest from the Berceau explained how it has been challenged to place its resources at the service of the migrants from Calais. He shared about the initial fears of the welcoming team before the doors were opened; then he told us how these encounters became an opportunity for great joy. He noted the many persons who were mobilized in order to gain support for these migrants trying to flee misery.

A Sister then explained how she tries to teach French, through lessons on theater, to these persons with painful stories and who need attention and compassionate listening after having lived through much violence.

Finally a delegate from Secours Catholique in Tartas shared about the wonderful work that the many volunteers do in close contact with young migrants who are welcomed in a center at Tarusate.

It was certainly because lunch was waiting to be served that we forgot to listen to a friend from Aire-sur-Adour who has been serving the Oromos from Ethiopia who have arrived in her neighborhood. She had an unforgettable experience of friendship which, however, caused many of her relations to reject her because of their lack of understanding on her attitude of openness and welcome.

At table, we partook of Afghan, Vietnamese, Hmong, African and Polynesian specialties… the Afghan cuisine was prepared for us by an Afghan family who has been staying at the Berceau since its arrival and whose documents are about to end. Everyone enjoyed the feast with background music provided by our walisien friends. It was an opportunity to discover these distant countries by the food they prepared rather than by the images fed by media…Traditional French songs, in Walisian version, won the support of all … A true fraternal climate left us with the desire to meet again. For some, the vocation to teach French to migrants developed.

It was more than 150 years ago when the Church, through Pope Benedict XV, had these intuitions. Thank you to the Church! Thank you to Pope Francis for having put them back on the news; all media outlets: newspapers, radios and televisions spoke/wrote about this Day that the Church of the Landes had the happiness to live… 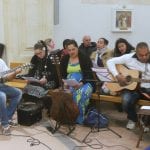 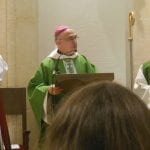 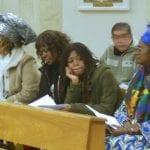 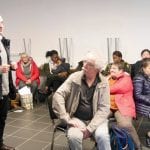 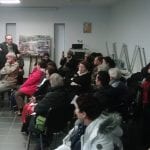 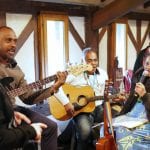 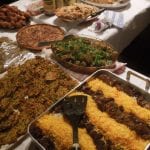 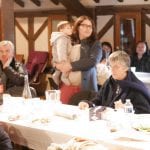 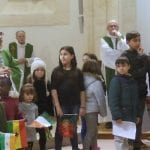 Tags:
← Take a tour of the Chapel of Our Lady of the Miraculous Medal (rue du Bac) The Character of Vincentian Leaders • A Weekly Reflection with Ozanam →