Missionary Servants’ Charism is to Serve ‘Entangled Portion of Vineyard’

WASHINGTON (CNS) — A U.S.-founded religious order dedicated to serving the spiritually abandoned and empowering the laity, the Missionary Servants of the Most Holy Trinity, turned 100 this year.

In the early 1900s, Father Thomas Augustine Judge, born to Irish immigrants in Boston, traveled on the “mission band” for the Vincentians and began to energize laypeople “around being missionaries in their everyday life,” said Father Michael Barth, general custodian for the Missionary Servants, also called Trinity Missions. 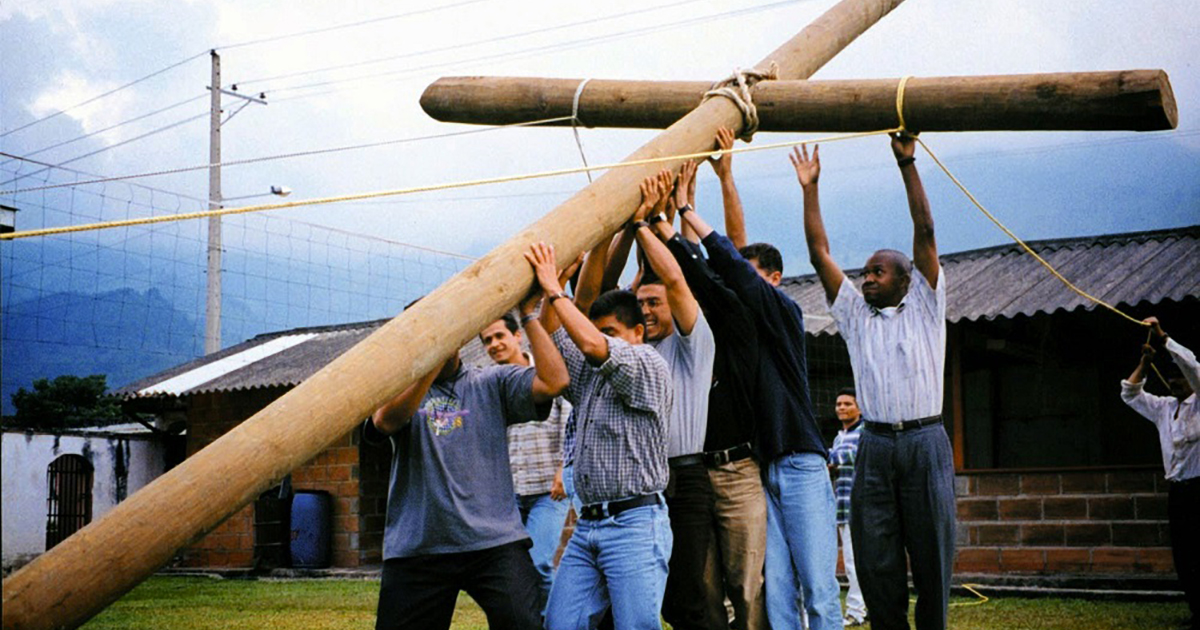 Missionary Servant seminarians raise a cross at their mission in Costa Rica in this undated photo. (CNS photo/courtesy Fuzati)

“He really believed that the laity were the key” and was concerned with what he called “the leakage” of the poor immigrants in the church, said Father Barth.

The Vincentians moved Father Judge to their mission in Opelika, Alabama, a rural area with few Catholics and much anti-Catholic sentiment.

Unsure of what to do, he invited lay volunteers from the North to assist him. A group of women came and together they opened a school for the children of millworkers.

Despite some resistance, the school began to prosper, and Father Judge began to form “cenacles,” lay groups. As more laypeople arrived to help in the mission, they decided to live together and develop a common life, Father Barth told Catholic News Service.

As this grew, “the real charism of the congregation developed into the preservation of faith, a very strong notion of empowerment of the laity, making every Catholic an apostle, is the term (Father Judge) would use, and to do that specifically among the poor,” Father Barth said.

Today there are 145 Missionary Servants of the Most Holy Trinity, priests, deacons, brothers and novices, in 37 missions across seven countries — the United States, Puerto Rico, Colombia, Costa Rica, Haiti, Honduras and Mexico.

“When we choose a mission, we’re very conscious of wanting to place ourselves in (areas) that have a sense of abandonment about them,” Father Barth said, locations that have a physical, economic or spiritual poverty. “Father Judge often referred to them as the entangled portion of the vineyard.”

In each mission, the Missionary Servants try to determine what the “pressing needs of particular community are” and “train, empower, invite, energize, the laity to respond to that, recognizing that so much can happen, so many more people can be reached if that’s multiplied beyond” what a priest, brother or sister could do, he said.

At 100 years, the order continues to thrive and attract vocations. Brother John Skrodinsky, director of the prenovitiate in Riverside, California, believes that “first and foremost is this idea of (being a) missionary that’s attractive to people.”

Along with the missionary impulse, men are drawn by the familial aspect of the order.

The congregation’s emphasis on collaborating with the laity also is appealing to prospective Missionary Servants.

“Our motto is, ‘Every Catholic an apostle,’” Brother Skrodinsky said. There’s a continuing fulfillment of the Second Vatican Council’s teaching on the role of the laity that people want to be a part of implementing in the church and the world, he said.

Brother Skrodinsky, who will mark the 25th anniversary of his vows next year, gave an example of working together with lay volunteers in migrant ministry for Catholic Charities in the Diocese of Paterson, New Jersey.

As the program’s director, he, along with another Missionary Servant and lay staff, worked with people and missionaries from local parishes “to try to form the most effective team to walk together with our brothers and sisters, the immigrants who were most in need.”

The ministry assisted immigrants primarily from Mexico, Guatemala and Costa Rica to help meet their basic needs, like finding medical care, accompanying them in legal matters and providing social gatherings as well as to “help preserve the faith that they have” through pastoral care and participating in the sacraments as a community.

Brother Skrodinsky said that the work was a “good example of everybody answering their missionary call the best way they could.”

For Father Dieudonne Nsom Kindong, the name, Missionary Servants, first drew him to learn more about the order.

Father Kindong, 35, sees the centennial as a transitional moment for the younger generation of Missionary Servants to build upon the order’s legacy.

The struggles the early Missionary Servants faced are different than the ones they face today, he said. Young people are less educated in the faith and less interested in organized religion, he added.

Father Kindong, who was born in Cameroon, hopes the order will continue to add more international missions. “My personal hope and wish is that sooner than later we cross the Atlantic Ocean,” he said.

The fact that the order serves in seven countries would thrill Father Judge, said Father Barth.

Father Judge “always felt that his charism was not confined to a particular geographic location or culture or language. Some of his early writings spoke of wanting to go to the Philippines. He himself took us into Puerto Rico in the ’20s. He certainly had a notion that we should expand and go outside the confines of what was encountered at the time,” said Father Barth.

When asked why the mission continues to be fruitful, Father Barth said, “We like to think it’s the grace of God and what we’re doing is providing not just a service but a call.”

The Missionary Servants will celebrate their anniversary through Pentecost 2022.

Editor’s Note: The website for the Missionary Servant’s 100th anniversary is https://trinitymissionscentennial.org. 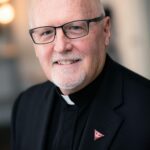 Father Michael Barth, general superior of the Missionary Servants of the Most Holy Trinity, is pictured in this undated photo. (CNS photo/courtesy Fuzati) 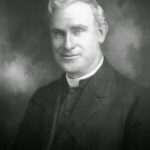 Father Thomas Augustine Judge, founder of the Missionary Servants of the Most Holy Trinity, is pictured in this 1924 photo. (CNS photo/courtesy Fuzati) 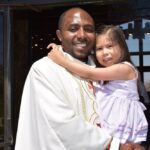 Missionary Servant Father Dieudonne Nsom Kingdong is secretary general for his congregation. He is pictured in this undated photo. (CNS photo/courtesy Fuzati) 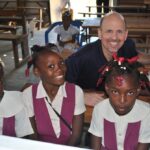 Brother John Skrodinsky is pictured with school children at the Missionary Servants mission in Haiti in this undated photo. (CNS photo/courtesy Fuzati)