The Vincentian Family calls out to those individuals throughout the world who share the spirituality of Saint Vincent de Paul to unite in this global experience on the occasion of a virtual meeting scheduled for September 16 and 17, with the theme: To pray, dream and collaborate in service on behalf of those who are poor.

The Vincentian Family, a worldwide movement inspired by the charism of Saint Vincent de Paul, present in 162 countries with 160 Congregations, lay associations and more than four million members, is organizing the second meeting for the leaders of the various branches of the Family that is present on five continents. This meeting is scheduled for September 16-17, 2021. The meeting, which will be virtual, has as its theme: to pray, dream and collaborate in service on behalf of those who are poor. We want to replicate the spirit, the sharing and the unity of first meeting that was held in Rome in January 2020 (just before the beginning of the pandemic). In October 2017, Pope Francis, during his audience with the members of the Vincentian Family on the occasion of the 400th anniversary of the origin of the charism, after thanking the members for moving along the world’s streets, as Saint Vincent would ask of you even today, then stated: I hope you do not stop, but continue, from adoration, to draw God’s love each day, and to spread it in the world through the infectious good of charity, of openness, of harmony.

This new meeting during the month of September will be, therefore, a wonderful opportunity to extend the invitation to bring together with the Family, those Orders, Congregations and Associations who may not yet form part of that family but who feel that they share the Vincentian spirituality and charism.

This on-line meeting, because of the difference in time, will take place on two separate days: September 16th for Asia and Oceania; September 17th for Europe, Africa and America. The meeting itself will be divided into two parts: the first part, after an opening prayer, there will be a presentation by Father Hugh O’Donnell, a missionary of the Congregation of the Mission. His theme: how to pray and live as mystics of charity in the spirit of Saint Vincent de Paul and Saint Louise de Marillac, cofounder of the Company of the Daughters of Charity of Saint Vincent de Paul. That presentation will be followed by a dialogue among the leaders of the distinct branches of the Family. The second part will be a review (through some videos) of the principle Vincentian events that have taken place during the past four years: the Symposium (2017), the Vincentian Film Festival (2018), the first worldwide meeting of the leaders of the branches of the Vincentian Family (2020), the 13 Houses Initiative (an initiative that is currently underway) which is being implemented on behalf of those who are homeless.

Father Tomaẑ Mavrič, CM, superior general of the Congregation of the Mission and President of the Executive Committee of the Vincentian Family, will close the meeting. In his letter of invitation, he writes: Come and experience the joy of being together with others who share your same spirit. Come and explore if your community would feel at home among us. Then, referring to the charism of Saint Vincent de Paul which recently celebrated its 400th anniversary, he states: Vincent’s vision began a movement over 400 years ago, which led to a new international dynamism – the joint efforts of men and women, ordained and lay, to combat the forces of poverty both in individual lives as well as in societal structures which perpetuate them.

Leaders: in order to register for the event, which will last for two hours, click on one of the following links: 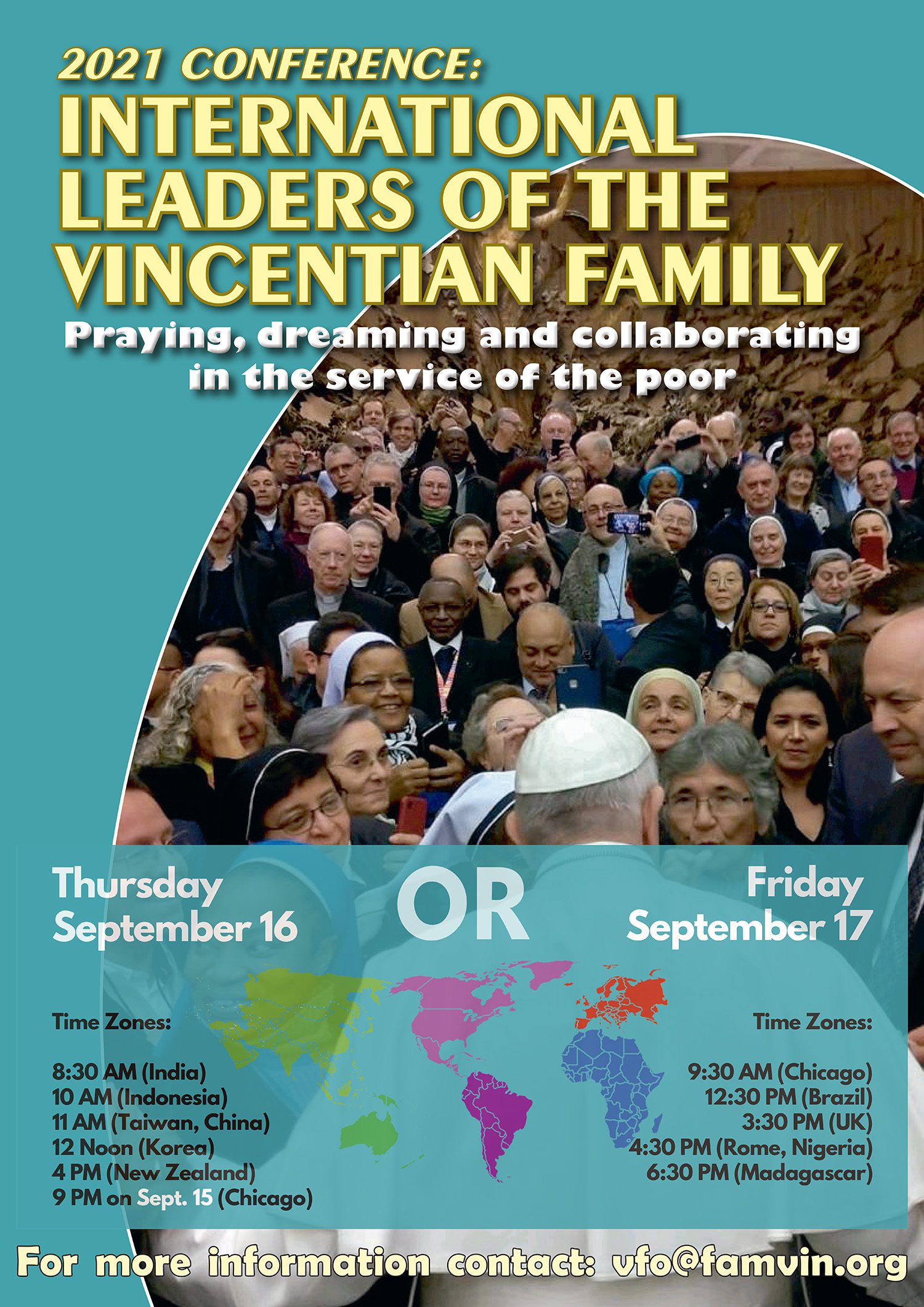